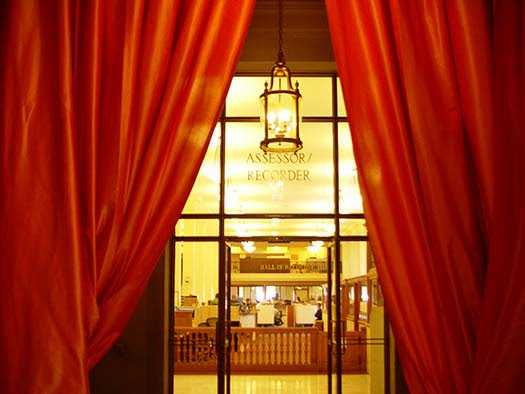 San Francisco City Hall on Wednesday was being gussied up for a Dreamforce convention party. 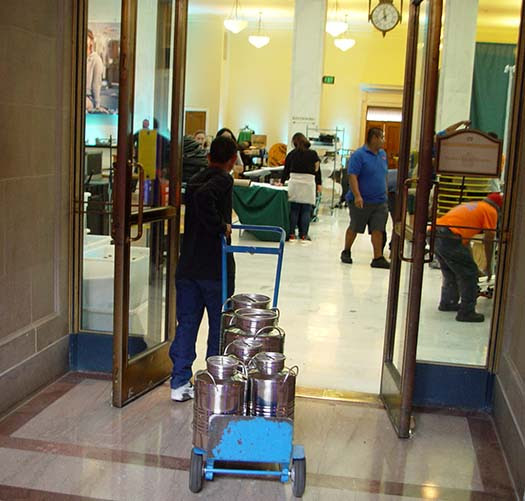 A major army of event staff were busy setting up for the VIP party later that night... 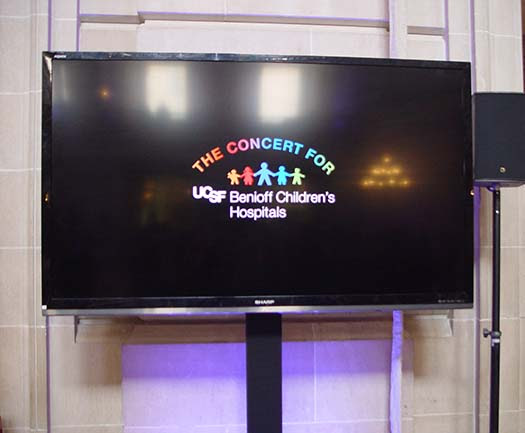 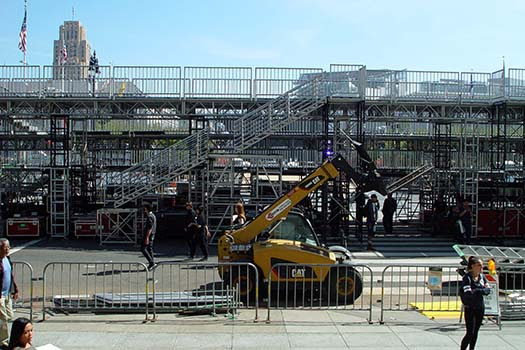 The setup for the outdoor party in Civic Center Plaza for Salesforce conventioneers was ongoing through most of the week... 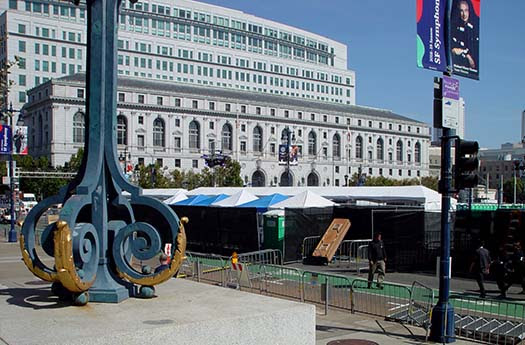 ...which brought up the old controversy of using public space for private events. 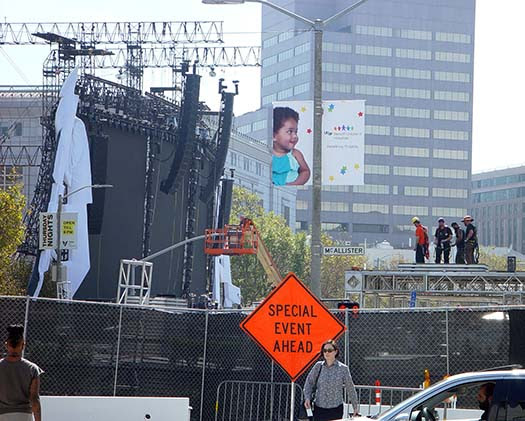 The featured entertainment in the evening was the ancient heavy metal band Metallica, while Janet Jackson was simultaeously performing inside the adjacent Bill Graham auditorium. 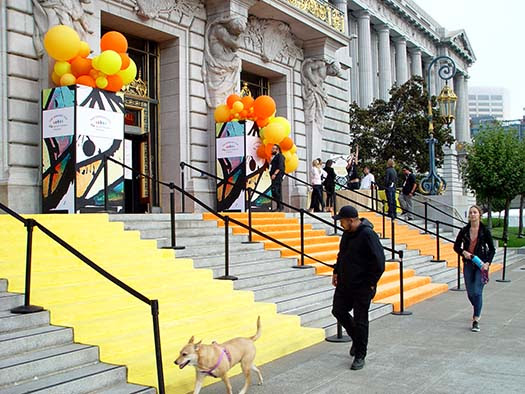 Around 6PM they started sound checks with recorded music which was so loud that I walked through the neighborhood with fingers in my ears. 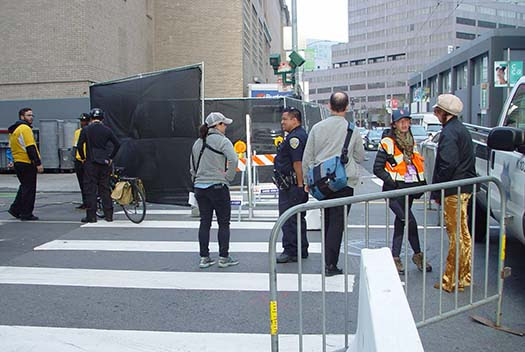 Meanwhile, the usually invisible SFPD was out in force all day in the neighborhood, rousting junkies and street people from their usual sidewalk hangouts. 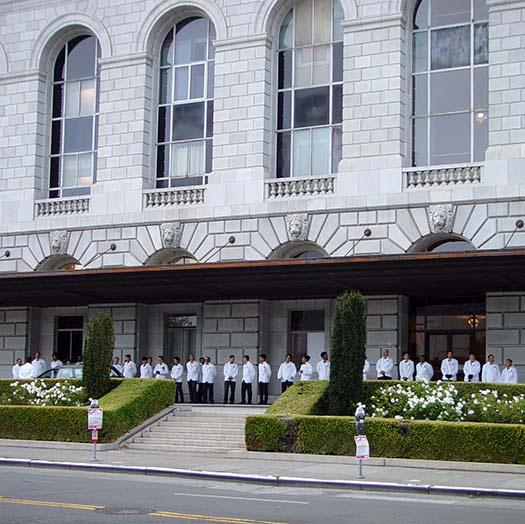 The event was above all a major boost for the gig economy. 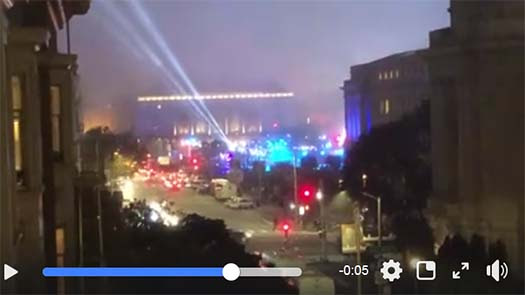 The Metallica concert later in the evening was loud enough to be heard miles away, according to an SFGate article. Even though our apartment is two blocks away, the sound wasn't all that bad because it kept traveling westward towards the ocean. If you were standing in front of a reflective surface, however, the cacophony could be deafening.
Posted by Civic Center at 9:59 AM

I like this place. I was here the other night, I've been there for about four or five hours and found the prices reasonable on all fronts and the staff to be so friendly. I would be the perfect person to have on an infomercial for this event space Atlanta if they ever had one.