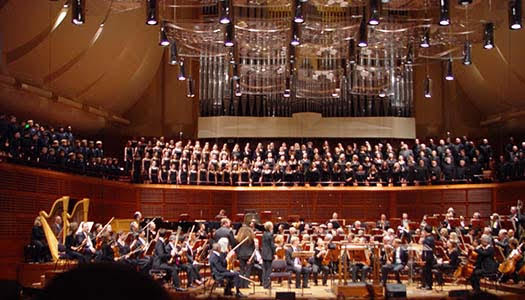 The San Francisco Symphony is presenting a two-week all-Stravinsky festival, with three of the usual suspects (Firebird, Petrushka, Rite of Spring) and a couple of rarer birds, including the 1934 mélodrame, Perséphone. It is easy to see why the nearly hour-long work is rarely done, since it requires a huge orchestra, a full chorus augmented by childrens' choruses, and in the original incarnation for ballet diva Ida Rubinstein who commissioned the piece, there were dancers too. 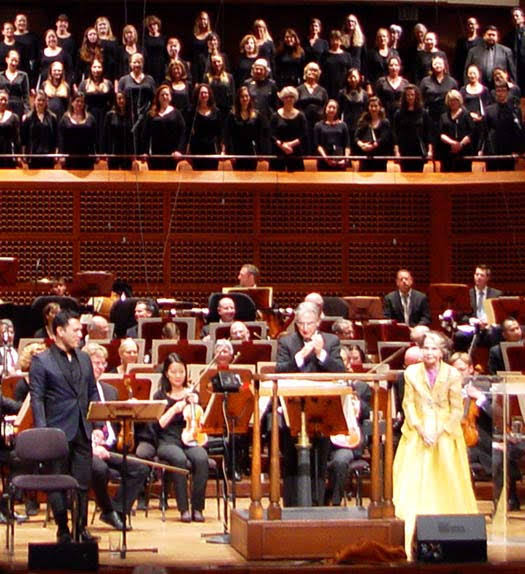 The story of Perséphone is sung by a tenor soloist and narrated by a woman speaking poetic lines from librettist Andre Gide over the orchestra. The tenor was Nicholas Phan who was his usual intelligent, pretty-voiced self, although he had some serious troubles with a half-dozen high notes at the final, Sunday performance. The French language narrator was none other than 87-year-old movie star Leslie Caron, and her contribution was exquisite. Narrators with music behind them often fall into sing-songy rhythms that sound dumb, but Caron was musical while avoiding that trap. Sounding a bit like an ancient grandmother telling an important fairy tale, she made Perséphone and her abduction to the underworld a surprisingly touching tale, even with the deliberate distancing devices of both Gide and Stravinsky. 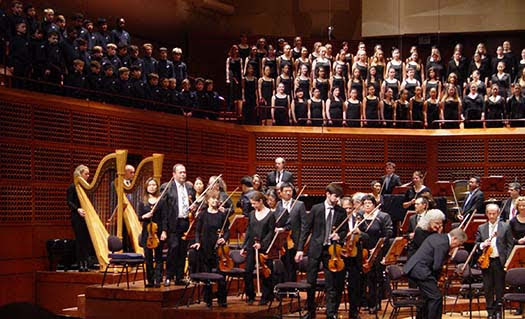 The music itself was so amazingly beautiful I was surprised never to have heard it before last week. Though every note of the score is identifiable as Stravinsky, his characteristic astringency is swathed in delicate, gentle tunes. Even the Shades in Hades are less frightening than sweetly pathetic. The SF Symphony Chorus was fabulous as were the San Francisco Girls Chorus and the Pacific Boychoir, joined by the SF Symphony under Michael Tilson Thomas at his best.

The second half of the program was the full ballet score for The Firebird, Stravinsky's 1910 breakout hit for the Ballets Russes. It could have been that I have heard this music one too many times, or the fact that the full score (and conductor MTT) dawdled interminably before the surefire, sensational ending that always brings on a standing ovation, but it felt like a letdown after the magic of Perséphone. I liked the descriptions on the supertitle screens letting us know where we were in the ballet, and the three horns doing Sensurround above the orchestra were terrific, but this may be one piece I don't need to hear again for a very long time.
Posted by Civic Center at 3:20 PM