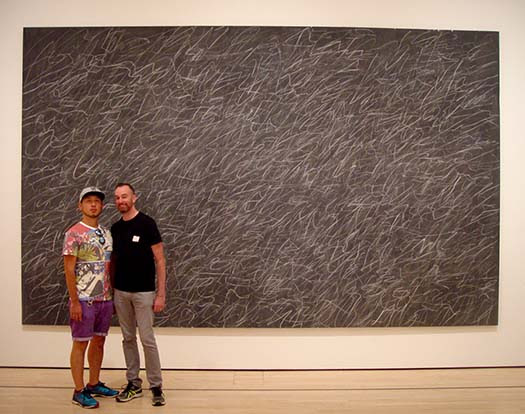 Went to SFMOMA last Sunday with friends Shinya and James, who posed in front of a Cy Twombly painting before we went through the Magritte exhibit for the fourth or fifth visit. For the first time, the special galleries weren't at maximum capacity so we were able to get close to the paintings and noticed all kinds of strange new details. 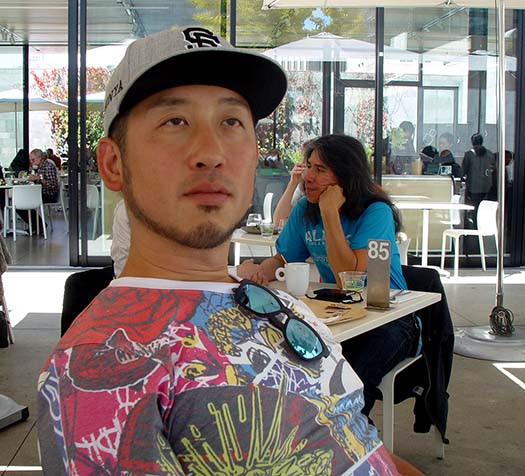 Exhausted by all that art viewing, we lounged outside at the outdoor sculpture garden coffee shop on the fifth floor and found it hard to return inside because the weather was so gorgeous. 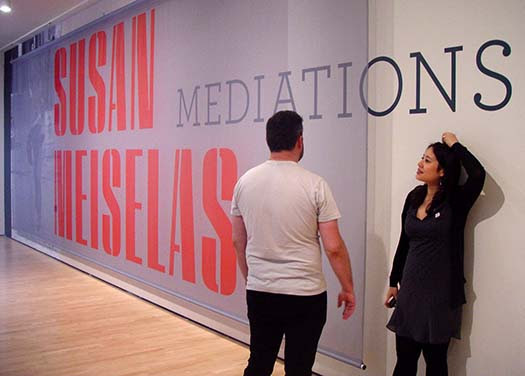 On the third floor, there is a career retrospective of the Magnum photojournalist Susan Meiselas that includes much of her mass murder chronicles of the wars in Nicaragua, El Salvador, Afghanistan, and Kurdistan over the decades. Many of the photos have become iconic, but are still hard to view. 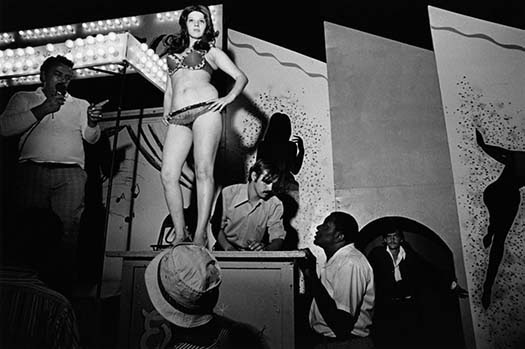 The surprise for me was her photojournal of Carnival Strippers in New England in the early 1970s, which are raw in a way I have never quite seen before. It's fascinating to view the backstage tawdriness through a woman's eyes, and made one wish The Deuce TV show, for instance, were written and filmed through a female lens. 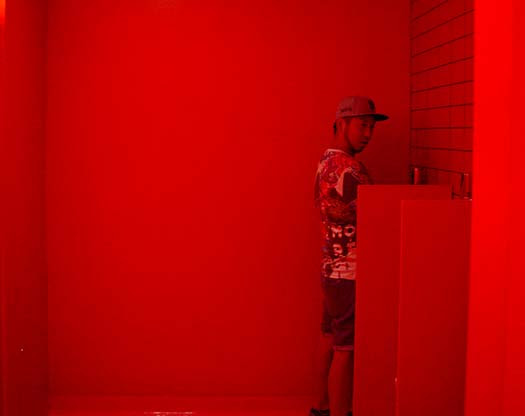 On our way out, we made a pit stop at the bathroom facilities next to the coat check on the second floor which puts one into a red fever dream straight out of The Shining. 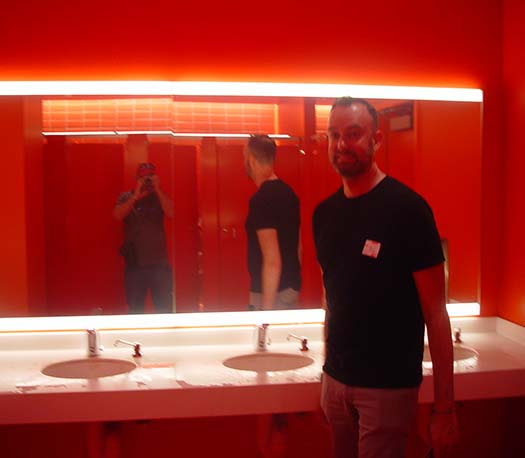 It's difficult not to mutter "REDRUM, REDRUM" while washing your hands.
Posted by Civic Center at 3:35 PM