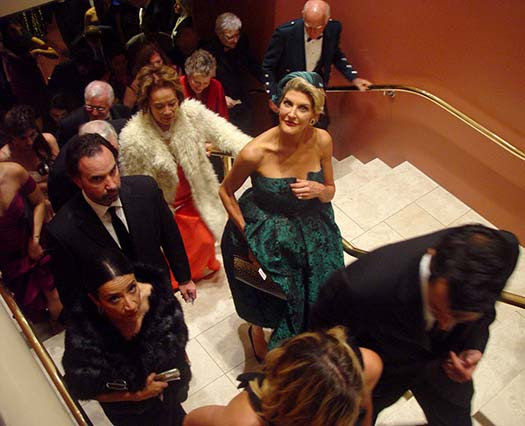 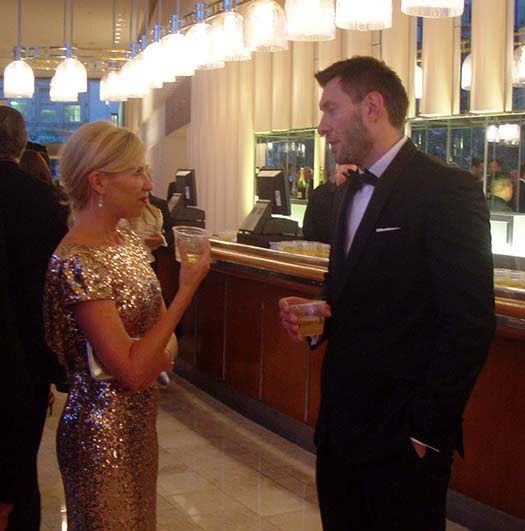 The evening begins with a quartet of fundraising dinners set variously in City Hall, a special party tent, and the Wattis Room, which funnel into Davies Hall for a champagne promenade where everyone can ogle each other's finery. 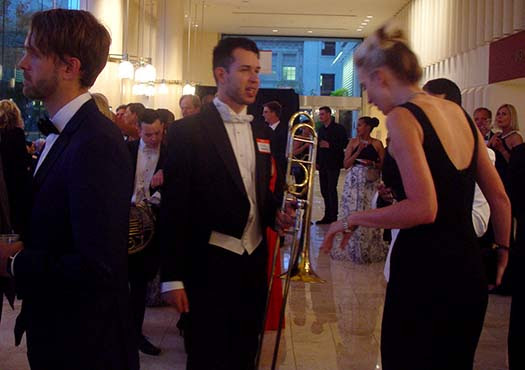 There were a few SF Symphony musicians roaming about the lobby talking to the patrons, including Nick Platoff with his trombone... 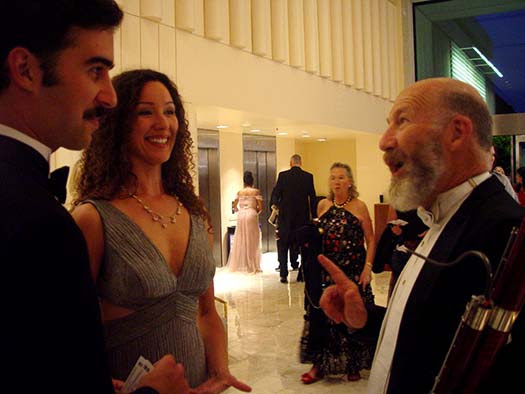 ....and bassoonist Steven Dibner, above right. 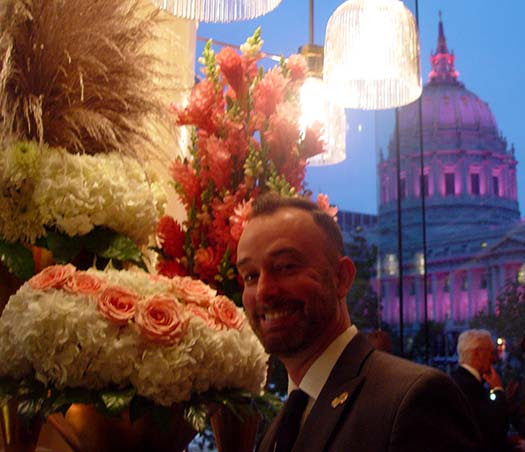 Joining me for the parade was West Edge Opera Board VP James Parr, amused at attending his first SF Symphony Gala. 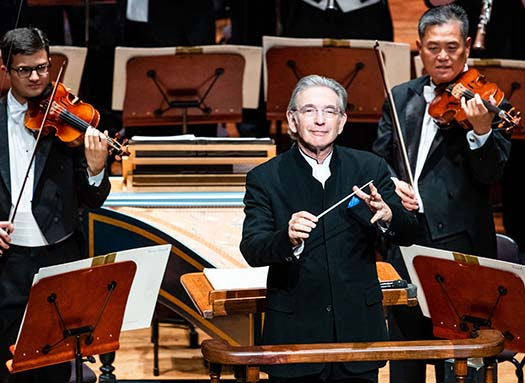 Leading the concert was Music Director Michael Tilson Thomas in his penultimate season before retirement, starting with the audience singing The Star Spangled Banner followed by the orchestra launching into Liszt's Mephisto Waltz No. 1, in a performance more sluggish than demonic. (All concert photos are from Drew Altizer.)

This year's classical music superstar was violinist Itzhak Perlman (Yo-Yo Ma was last year's celebrity performer). He runs a musical training program and brought along six students who performed in tag team style with Perlman over the course of the three movements of J.S. Bach's Concerto #3 in D Minor for Two Violins, strings and continuo. The format was a little weird, and so was the sound of modern instruments playing Bach after listening to so many Bay Area original instrument ensembles, but the performance itself was lovely. Even better was an encore of a double violin piece by Bartok that had been arranged for seven violins. It was spikey, folksy, and fun. 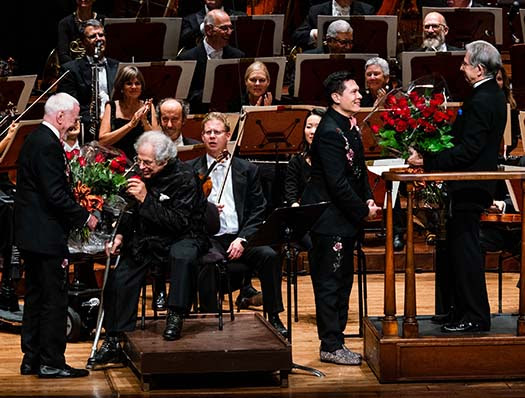 After playing Gershwin's Cuban Overture, the second half of the concert consisted of movie music themes (Amarcord, Out of Africa, Schindler's List, Scent of a Woman) that featured violin solos, played by Perlman. He and Tilson Thomas were then offered huge bouquets by Gala Committee co-chairs James Hormel and his spouse Michael Nguyen-Hormel. 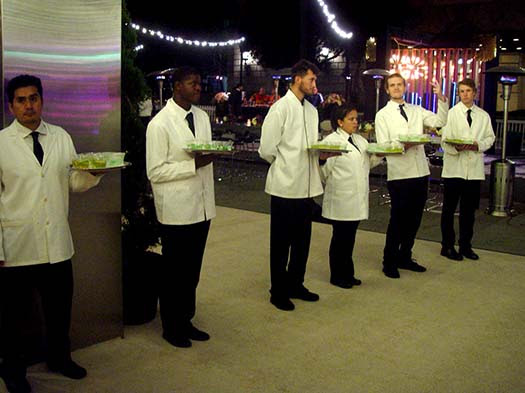 We didn't stay for Gershwin's An American in Paris because we wanted to check out the after parties before they became too crowded. 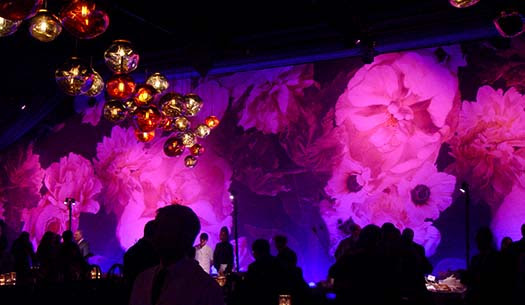 The projections and lighting fixtures in the tent dance party were pretty... 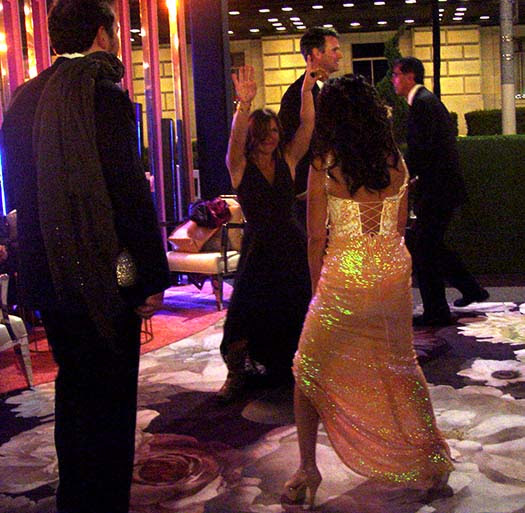 ...and some of the dancing to a DJ outside on Grove Street got wild. 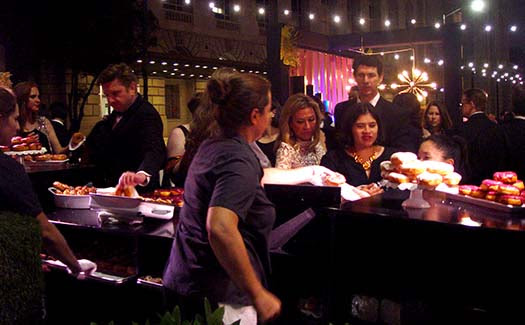 Meanwhile, you could feast on gourmet Johnny Doughnuts with champagne chasers.
Posted by Civic Center at 5:41 PM