Making Murals and Dancing in the Street 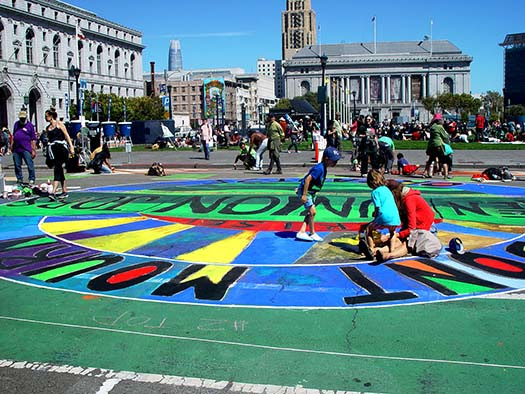 The Rise for Climate march finished at San Francisco's Civic Center Plaza Saturday afternoon, and unlike the finales of most other protest marches in my experience, there didn't seem to be any strident speakers preaching to the converted. 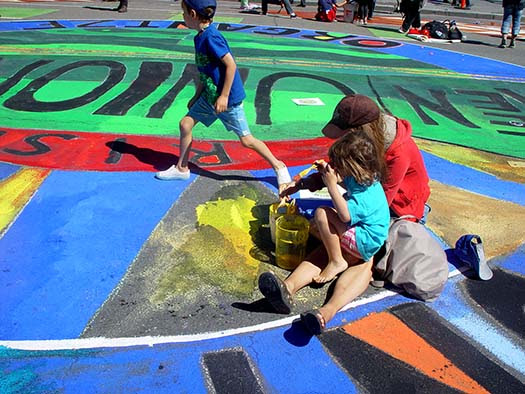 Instead, there were a small army of volunteers painting exquisite murals on the streets surrounding the plaza. 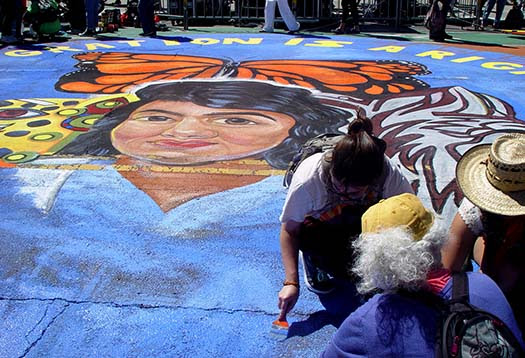 Click here for a wonderful post at Grist entitled, "Grandmothers stalled the police as climate protestors created the largest street mural ever" which also has an aerial shot of the 2,500-foot-long, 50-foot-wide mural. 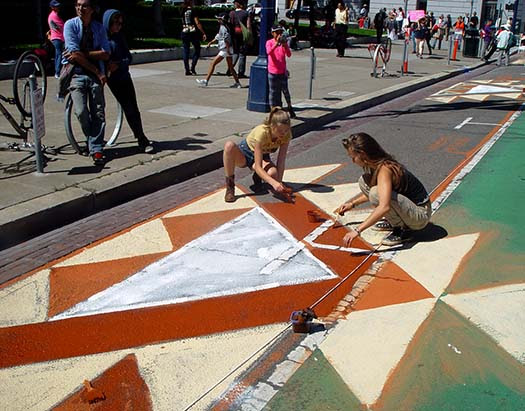 Sadly, the art had been power-washed into oblivion by the next morning, which was a disgrace. 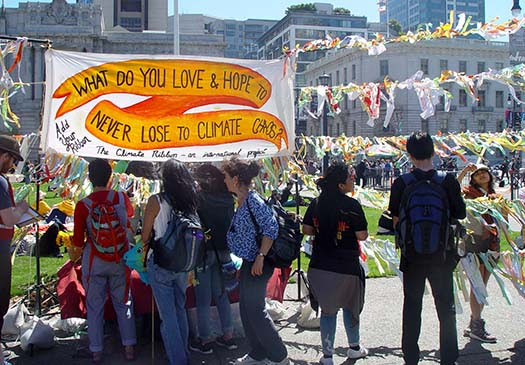 It's particularly maddening since a Global Cliimate Action Summit, hosted by California Governor Jerry Brown, will be taking place in San Francisco's Moscone Center this Wednesday through Friday (click here for the website). 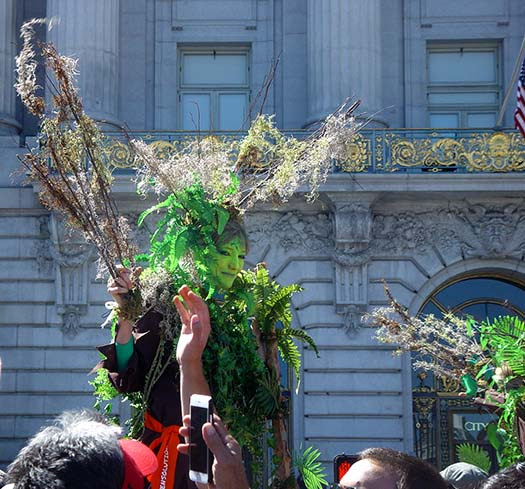 My favorite street theater of the afternoon was a small group standing tall in the streets... 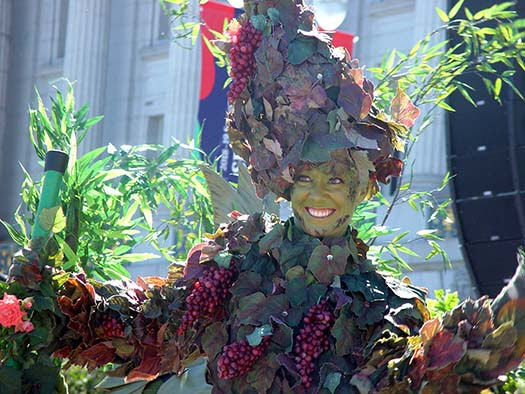 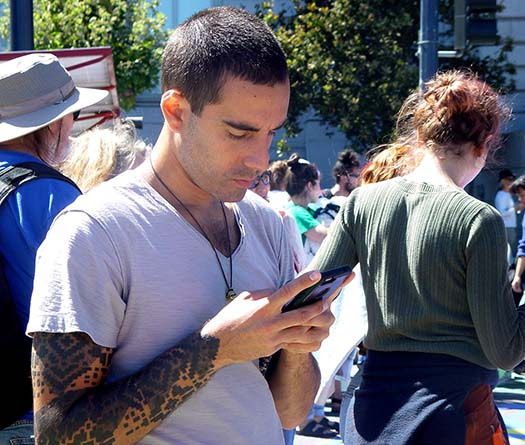 It was also fun to watch somebody ditching their mobile device... 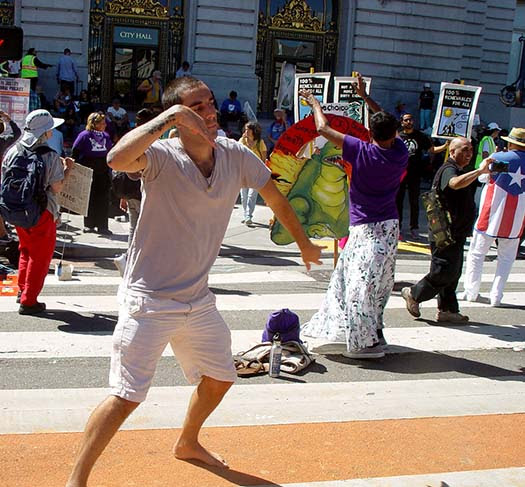 ...and dancing in the streets.
Posted by Civic Center at 6:48 AM