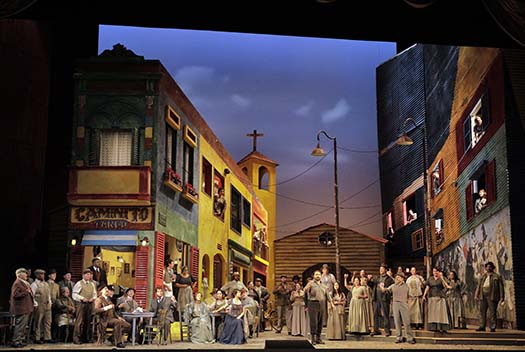 A lively, colorful production of two naturalistic Italian one-act operas, Mascagni's 1890 Cavalleria Rusticana and Leoncavallo's 1892 Pagliacci, has opened the San Francisco Opera season. There are three more performances in the run, including this Saturday evening, and the show is worth seeing, even though the murderous machismo running through both librettos eventually becomes revolting. This particular production, devised by the Argentinian tenor Jose Cura, has moved the action to an Italian neighborhood in Buenos Aires in the 1920s, and has combined the two different storylines into one, which sometimes works and sometimes just feels clumsy. (All production photos are by Cory Weaver.) 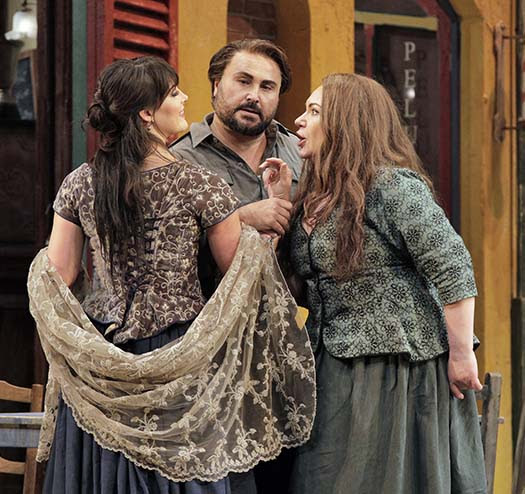 The principal singers in the opening Cavalleria Rusticana are all superb, starting with (left to right) soprano Laura Krumm as Lola, tenor Roberto Aronica as Turiddu, and Ekaterina Semenchuk as Santuzza in a sloppy romantic triangle that involves adultery and an unmarried pregnancy. The singers were good enough that the three rather unlikable characters became sympathetic, nestled in among a village chorus which was a viable presence in itself. 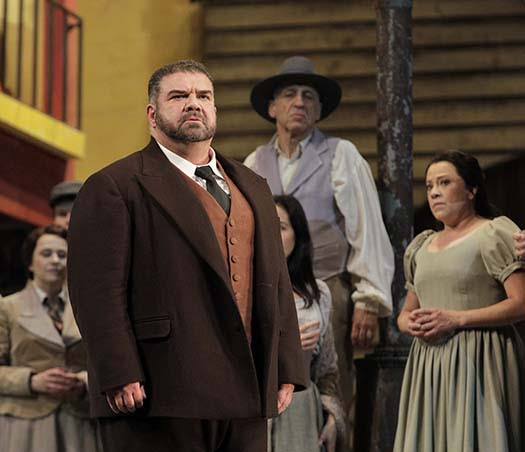 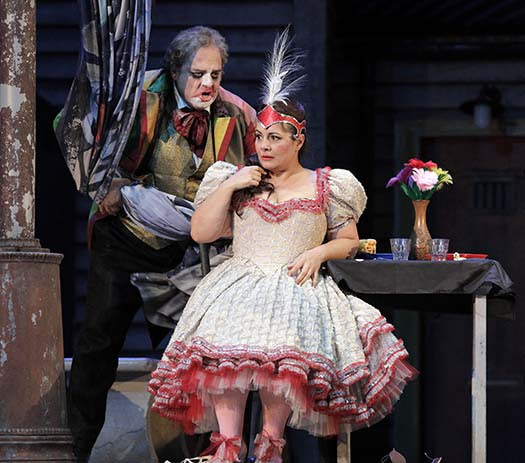 The clown who cries on the inside is the theme of Pagliacci. For the opera to work you need to feel some sympathy for Canio the Clown, but the character struck me as such a classic domestic violence abuser that it was impossible to feel anything other than disgust and horror. It also didn't help that tenor Marco Berti as Canio sang and played him thuggishly while his wife Nedda is performed by Lianna Haroutounian as a supremely sweet, radiant soul. 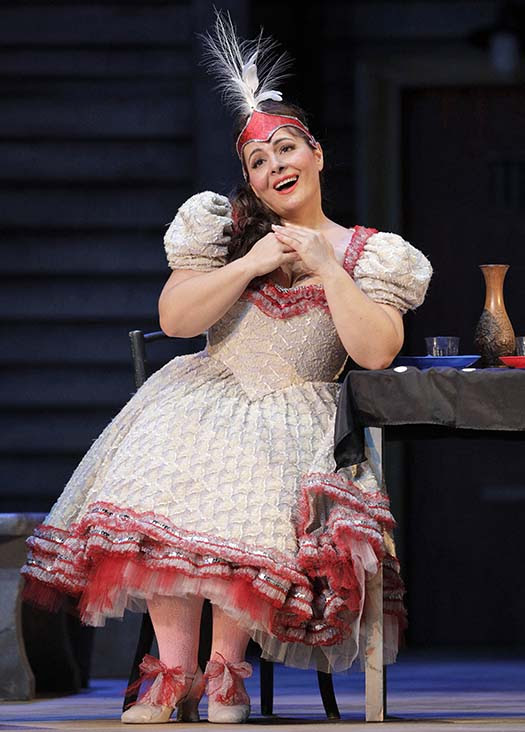 I stopped going to Puccini operas a while ago, so only read the glowing reviews for Haroutounian in her earlier performances as Tosca and Madama Butterfly at SF Opera. It turns out she really is that good, vocally and dramatically, which only made her predicament in Pagliacci that much more awful. 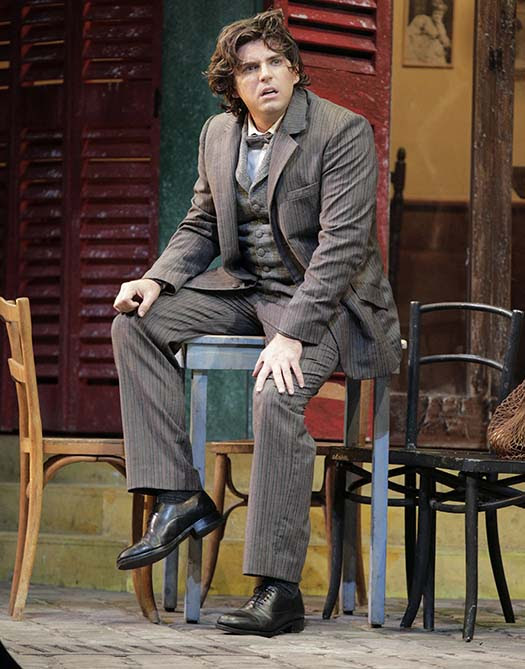 Baritone David Pershall as her young lover who wants to help Nedda escape the tyrannous old clown gave yet another strong performance after standout cameos in Andrea Chenier and Manon in the last couple of years, and tenor Amitai Pati (below left) was a delight as Beppe. With the war on women constantly in the news these days, Pagliacci's libretto felt dated in an unpleasant way. In a director's note, Cura writes: "The relevance of Canio's character to today is overwhelming: an artist in decline, crushed by life and alcohol. Never before today have we seen so much talent thrown away once its "novelty" has worn off: actors who fall from grace after two films, or worse, giants of the stage and screen being relegated to play bit parts..." That's a bit like saying the theme of a Jack The Ripper tale is the tragedy of a doctor with diminished surgical skills from alcohol. Forget the stabbed women. They are relegated to playing bit parts.
Posted by Civic Center at 10:29 AM