The Great Debate Cabaret at C4NM 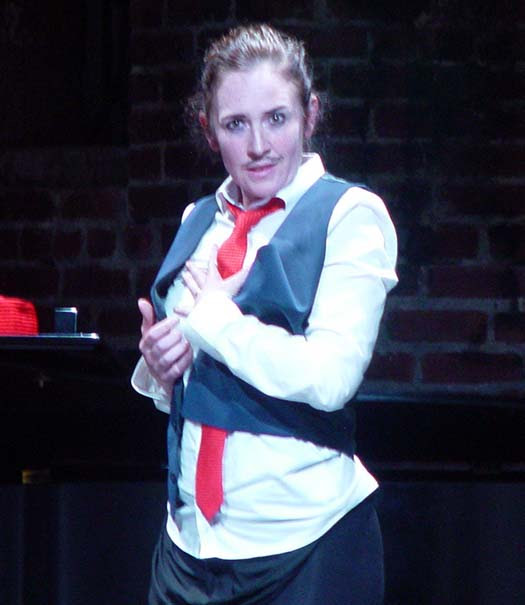 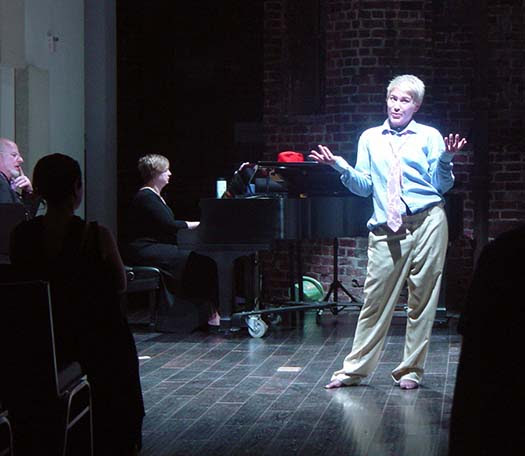 I arrived about 15 minutes late and missed the concept explanation from composer/MC Erling Wold, but my friend James Parr filled in for me: "Nikola (pictured above) represented the far left and did her dialogue in a convincing Bernie Sanders-esque accent while wearing a dowdy, ill fitting suit. Laura represented the far right and put on an excellent southern-drawl ala Jeff Sessions, although I'm pretty sure she's considerably taller than Mr. Sessions." 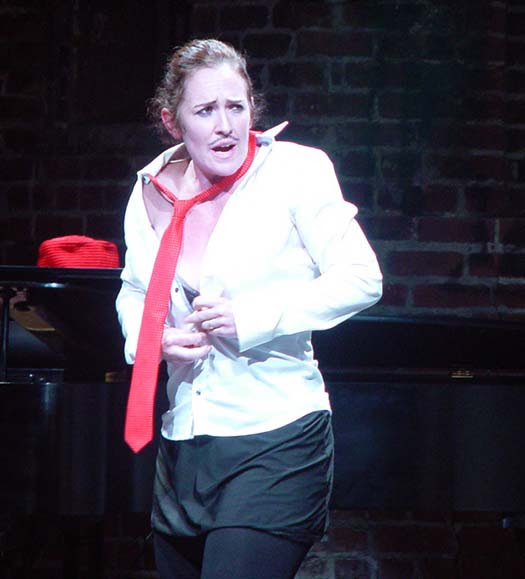 I arrived as the narrative was unraveling, as were the costumes. 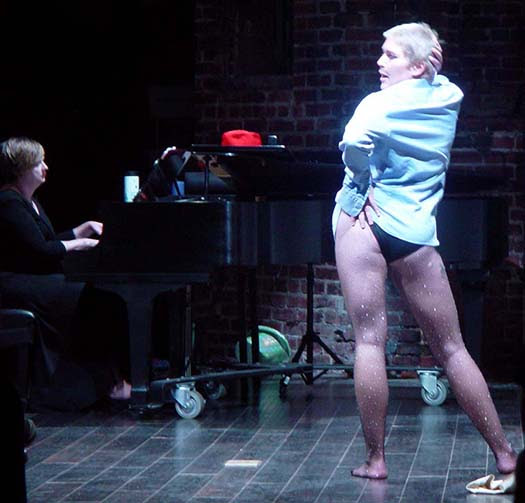 I sat back and made up my own story, which was easy to do, because the performers were so committed, talented, and daring that the air was ripe with references and suggestions. The music set list ranged all over the Western musical universe, from the Adler/Ross Whatever Lola Wants above... 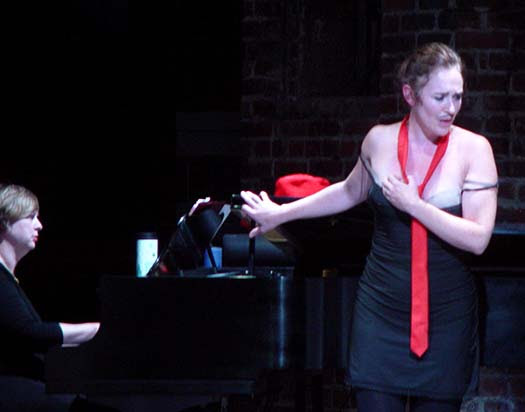 ...to songs and arias by Korngold, Berg, Weill, Bernstein and Britten. 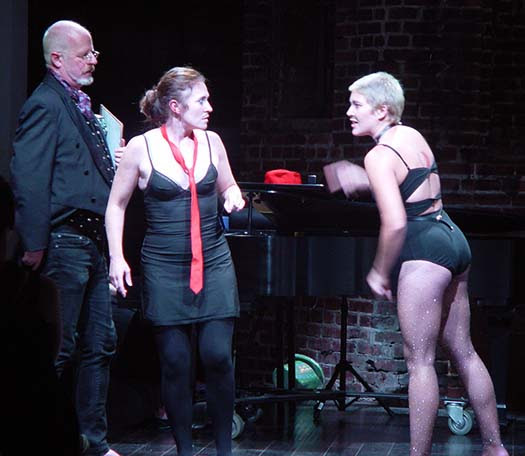 There were also a quartet of pieces by the composer and ringmaster Erling Wold from operas old and brand new: UKSUS, Rattensturm, and She Who Is Alive. 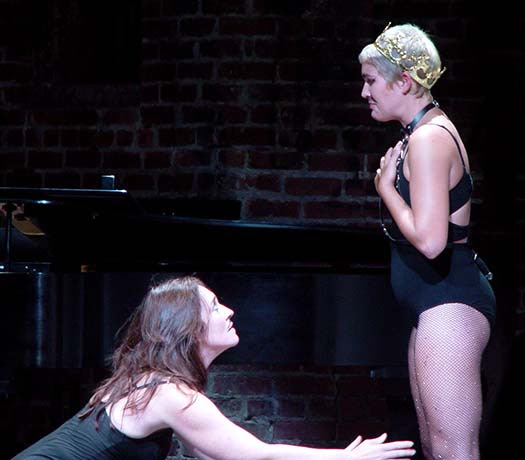 As the two performers became less confrontational and more worshipful with each other, the music selections veered towards the French: Massenet, Saint-Saens, and Delibes. 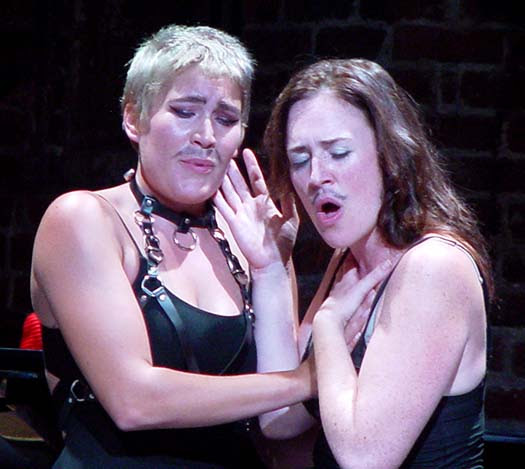 Their exit music that stuck in my head for the next 4 hours was the instant earworm that is The Flower Duet. The show was put together quickly and on a whim by musicians who love to work together, and it felt like one of the hippest, playfully artistic occasions in the world.
Posted by Civic Center at 6:29 PM