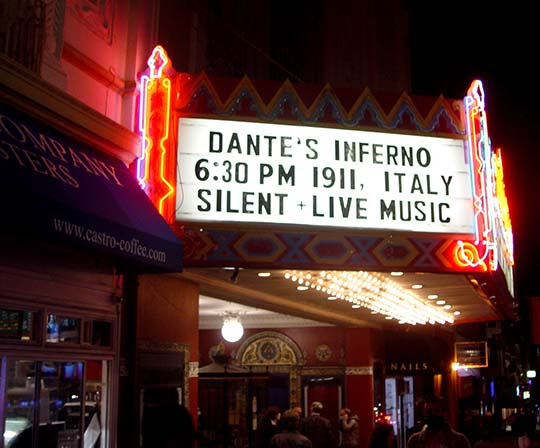 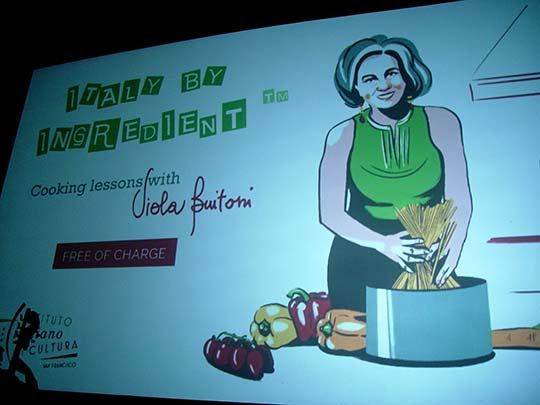 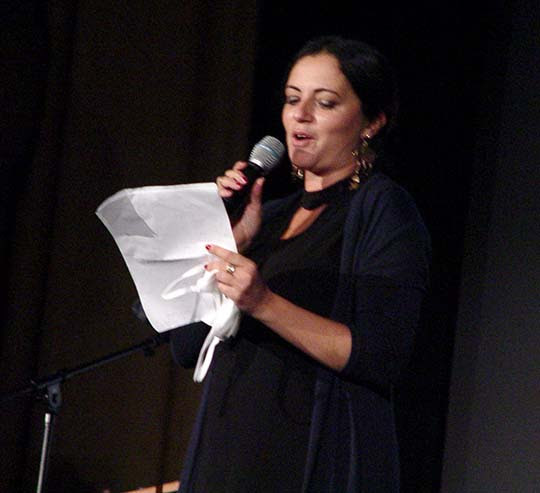 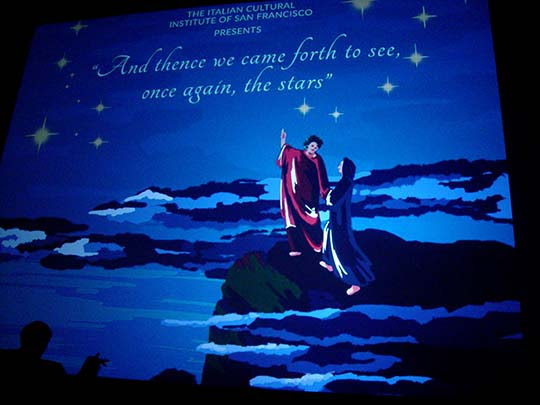 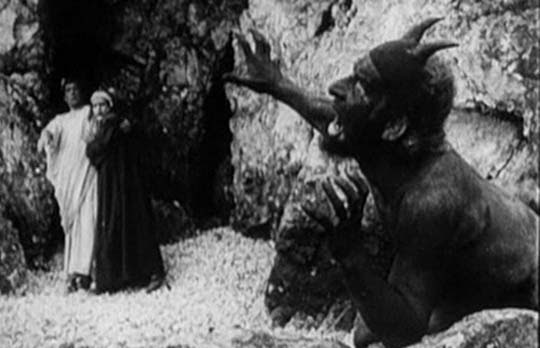 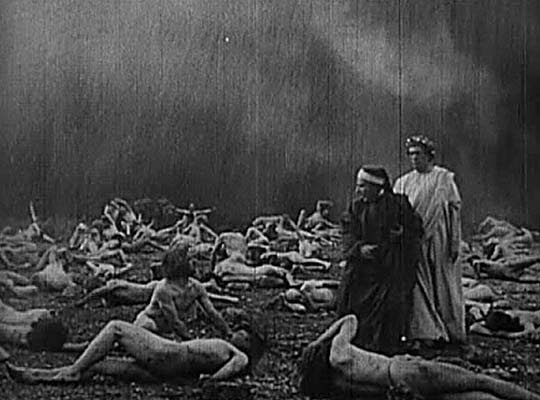 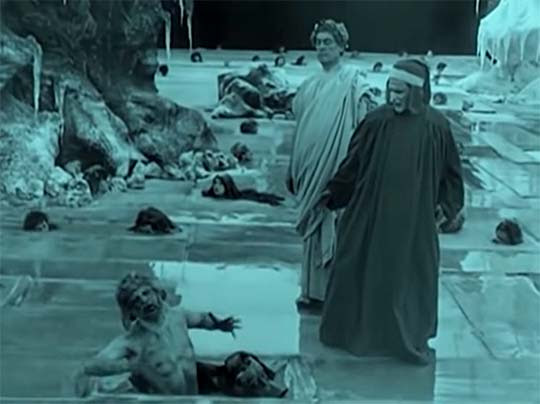 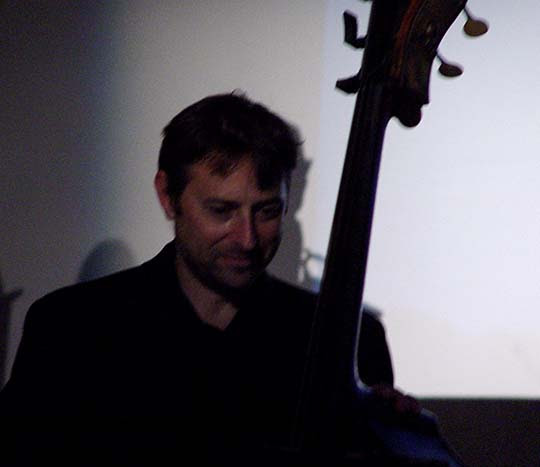 The musical accompaniment by the Sascha Jacobsen Quintet (Javier Santiago, piano; Michele Walter, violin; Andy Lewis, percussion; Sheldon Brown, clarinet, and Sascha Jacobsen, bass, composer) was delightful, lively and adept at weaving in and out of the onstage narration. The only criticism is that it didn't match up in mood with the film, being a bit too jaunty while the images were unceasingly horrific until Dante and Virgil finally escaped Hell. "E quindi uscimmo a riveder le stelle. (And thence we came forth to see, once again, the stars.)"
Posted by Civic Center at 11:25 AM 1 comment: 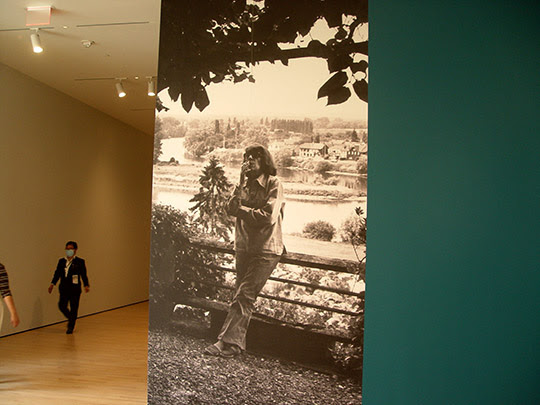 A huge retrospective of the American painter Joan Mitchell (1925-1992) has opened at SFMOMA before traveling to Baltimore and Paris early next year. The entrance is adorned with an enlarged photo of Ms. Mitchell puffing away on a cigarette, rather like one of Joan Didion's author photos, which seems in poor taste since Ms. Mitchell's last decade was plagued with ill health while recovering from oral cancer surgery and she eventually died at age 67 from lung cancer. 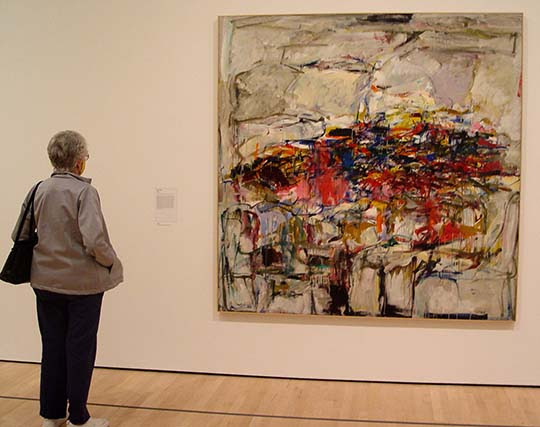 In every other respect, her life seemed enviable. Born to an affluent family in Chicago, she moved to New York after World War Two and became one of the few successful women in the Boys Club of Abstract Expressionism in the 1950s, holding her own at the Cedar Tavern, an infamous artists' dive, and the studios of fellow artists such as Philip Guston, Franz Kline, and Willem de Kooning. 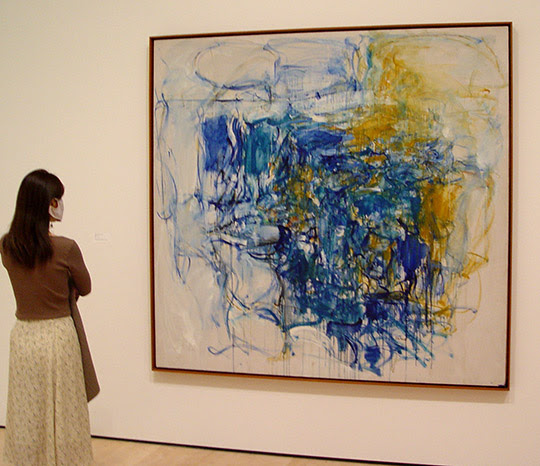 At the end of the 1950s, she moved to Paris, where she had begun a decades-long, tumultuous affair with the French-Canadian artist Jean-Paul Riopelle. 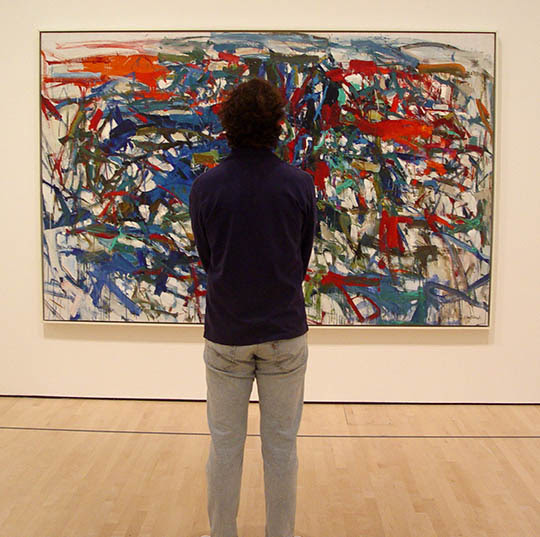 In 1967, she received an inheritance from her mother, and bought a house in Giverny, near Monet's final home, where she lived with 13 dogs and played hostess to a coterie of friends and young artists from all disciplines for the next three decades. Just when you think the exhibit is over, yet another expansive room appears and the colorful squiggles on the large canvases become richer and somehow more delightful. Of course, some people's mobile device addictions get in the way... 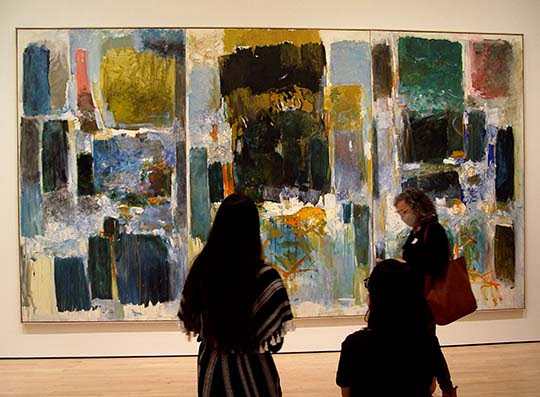 ...but for those willing to surrender to the monumental paintings... 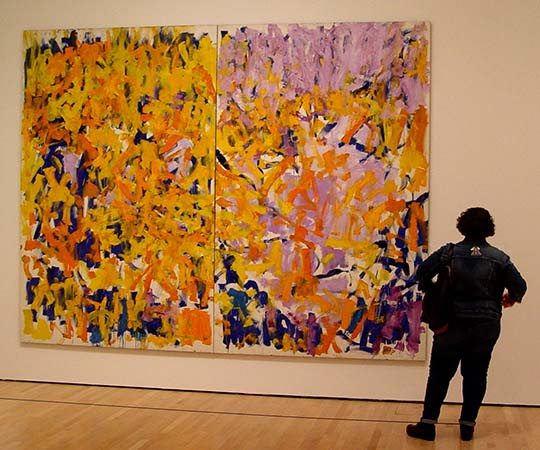 ...it is easy to become a Joan Mitchell fan. 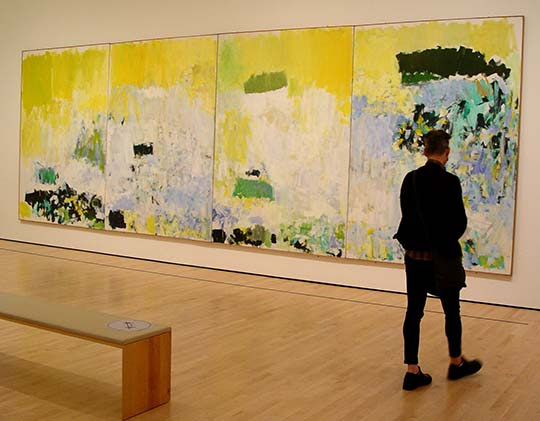 The exhibit will be at SFMOMA through the middle of January, and is very much worth checking out.
Posted by Civic Center at 9:04 AM 2 comments: 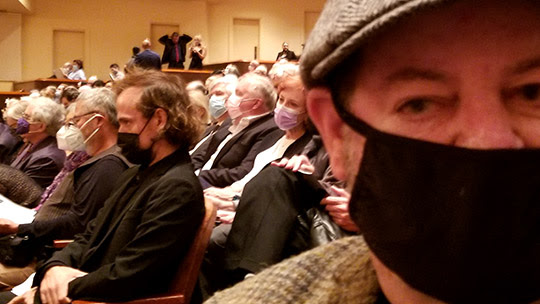 Two weeks ago the San Francisco Symphony gave the American premiere of a substantial Violin Concerto by Bryce Dessner, the singer/composer from the indie rock band The National, and a recent collaborator with Icelandic performance artist Ragnar Kjartansson. The composer was also sitting across the aisle from me, as you can see in the above pic taken by concert companion James Parr. 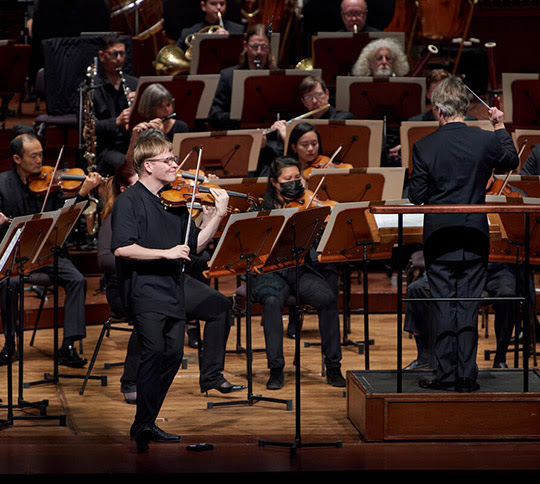 The concert started with Music Director Esa-Pekka Salonen conducting Beethoven's Leonore Overture #2 with very eccentric tempos. This was followed by an exhilarating performance by Finish violinist/composer/conductor Pekka Kuusisto in Dessner's first Violin Concerto, which was a smashing success. The first movement sounded a bit like John Adams' Shaker Loops on steroids, with propulsive fiddling punctuated by percussion strikes. The long, slow second movement had Kuusisto wandering all over the place, into microtones, folk tunes, and ghostly strains using extended techniques that Kuusisto seemed to be inventing. This was followed by a satisfyingly rousing finale. (Photo above by Stefan Cohen.) 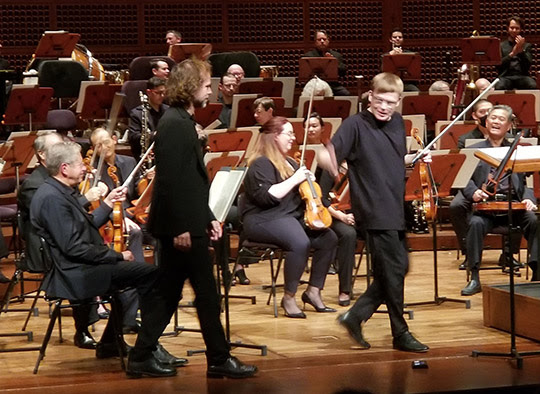 The work was exciting, accessible, and filled with energy, and has a good chance to eventually become a part of the classical repertory. The concerto actually deserved the standing ovation it received on Saturday evening. I did not stay for the Schubert Fifth Symphony after intermission because I was still tingling from the Dessner and didn't feel like dessert. My companion, James Parr, found it delightful and said it made him feel full while SF Chronicle critic Joshua Kosman hinted that I had made the right choice.
Posted by Civic Center at 2:35 PM 1 comment: