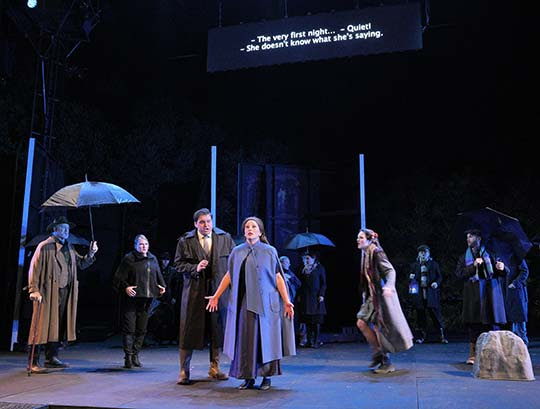 The music of the early 20th century Czech composer Leoš Janáček is not for everyone, but for those who fall under its spell, any opportunity to hear it live is a special occasion. West Edge Opera is currently offering his 1921 opera Katya Kabanova at their temporary home in the Cal Shakespeare outdoor amphitheater in Orinda, and though the staging by director Indre Viskontas is dull and the unnecessary sets are clunky, the vocalists are all superbly cast for their roles and manage to make the opera work its magic. (All production photos by Cory Weaver.) 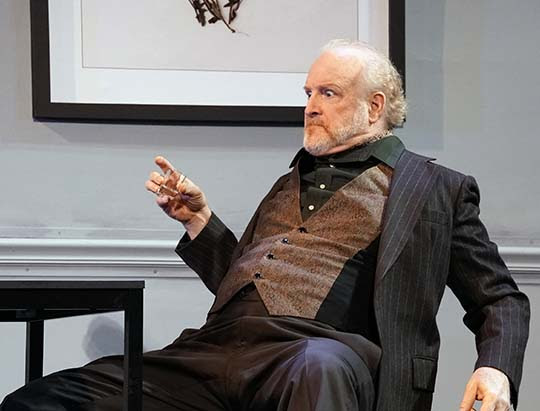 The source material for the opera is The Storm, an infamous five-act Russian drama by Aleksandr Ostrovsky, the premier Realist playwright of mid-19th century Russia. The rural merchant class are the villains in this work, personified by Dikój and Kabanicha, two middle-aged, rich autocrats who control and destroy the next generation. Philip Skinner (above), who I have been hearing and seeing since the early 1990s, played Dikój, and his bass voice seems to be getting stronger every year. 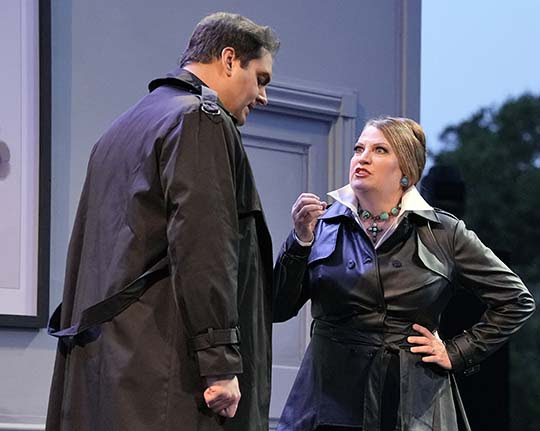 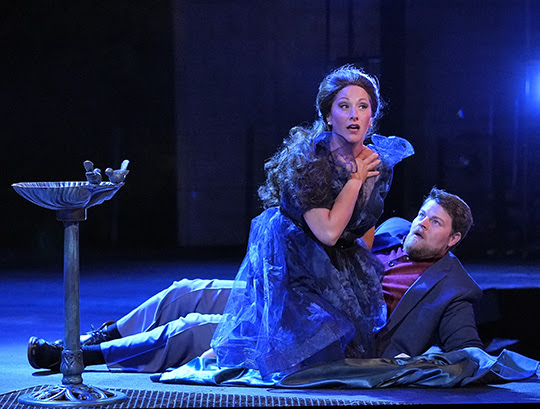 Saddled for the entire production with a bizarre prom dress from costume designer Alina Bokovikova, the soprano Carrie Hennessey gave a radiantly beautiful vocal performance as the titular Katya Kabanova who is trapped in a new marriage in a hell house. Tenor Christopher Oglesby was also outstanding as her young, urban lover stuck in the sticks with his awful uncle. 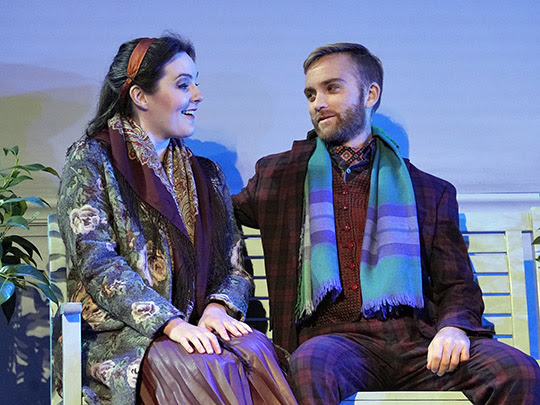 The real joy of this production was Sarah Coit as Varvara the foundling who has seen all the hypocrisy of her household, and Chad Somers as her boyfriend Kudrjas, a smart, sunny young schoolteacher who even bursts into dance in one scene. When these two young lovers decide to leave their country relatives and escape to Moscow in the final act, you want to cheer. 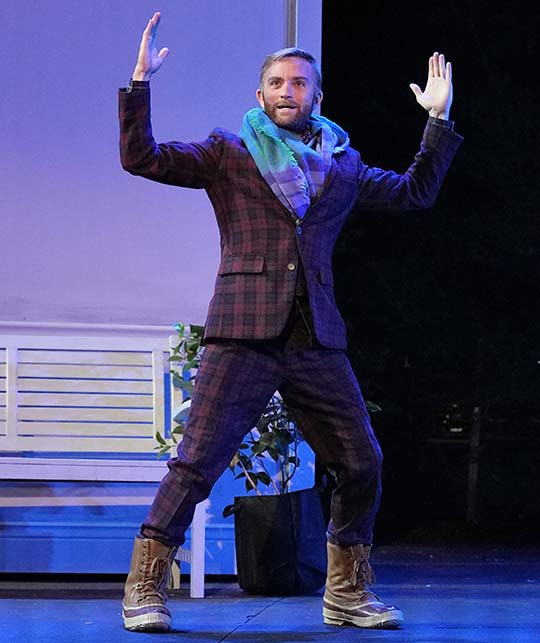 The biggest disappointment was the sound mix for the orchestra, because there was a 29-piece chamber orchestra conducted by Jonathan Khuner under the stage that was sounding great but VERY distant. The discreet sound amplification at the amphitheater is some of the best I have ever heard, but the orchestra needs to be amped up considerably because their role in the opera is so important. The offstage chorus from the surrounding forest in Act Three, however, was perfection.

It didn't matter. The controversial apex of the play, once considered obscenely vulgar, is when the two couples sneak out one night to the banks of the Volga and make out in the bushes, with both couples exchanging roles as lookouts and lovers. Janacek's musical depiction is infused with love, spirituality, and sexuality, and the performers were so good that they made me cry.
Posted by Civic Center at 6:21 PM