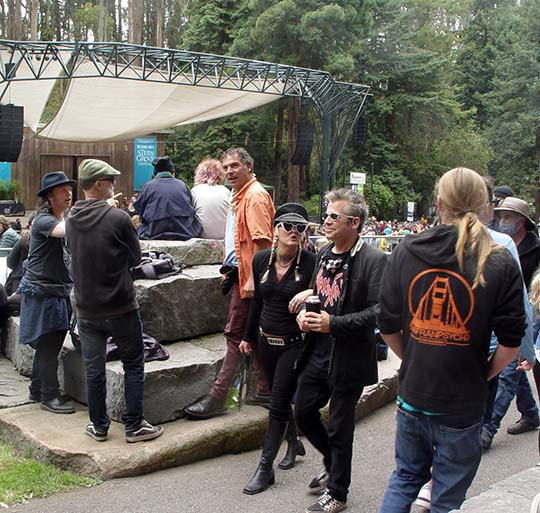 Who would have ever thought the day would come when Punk Rock would be featured at an Oldies Concert? Last Sunday, Stern Grove hosted their first ever punk rock concert, featuring two seminal California bands formed in the late 1970s: Avengers from San Francisco and X from Los Angeles. 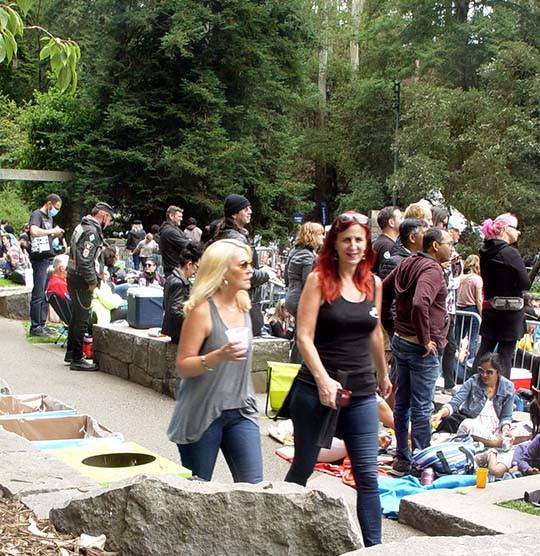 We were invited to the show by my cousin Jenny (the blonde above) who lives near Sacramento, but grew up in Orange County where she attended pop/rock concerts of every stripe, and where she became a serious "X" groupie. "The punk rock bands in Orange County were really angry, while the Los Angeles bands like X were sort of smoother and more rockabilly, which I preferred." 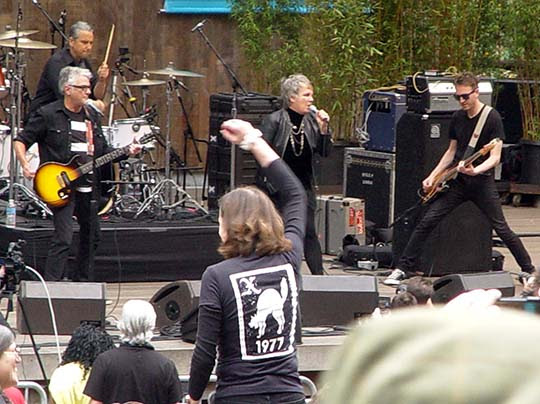 Both bands featured a female lead singer. In the case of the Avengers above, it was Penelope Houston, who went on to a global folk-rock career, but who still occasionally joins original guitarist Greg Ingraham, with Joel Reader on bass and Luis Illades on drums. 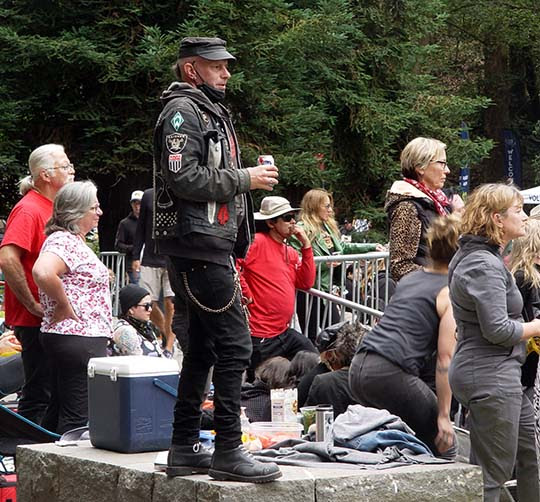 As evidenced by the crowd, Punk Rockers lived hard, and it was fascinating watching all the grizzled looking veterans, most of them at least a decade younger than me. 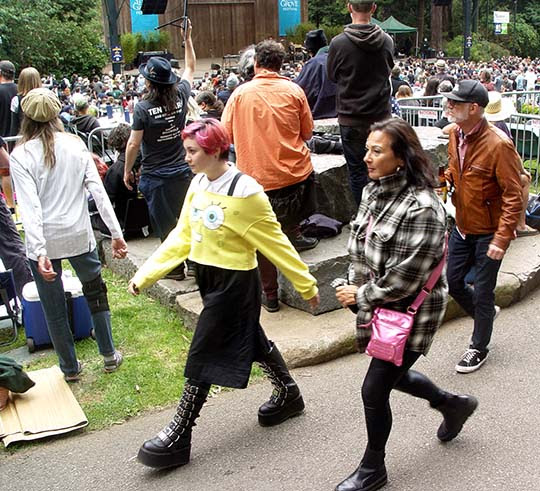 There were plenty of younger people there too, most of them with colored hair and fabulous fashion. 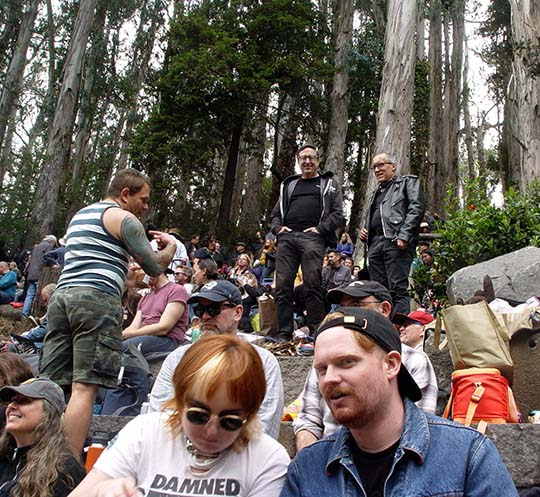 Punk was never my style of music, partly because it was so loud, but I knew plenty of people who loved and lived it. 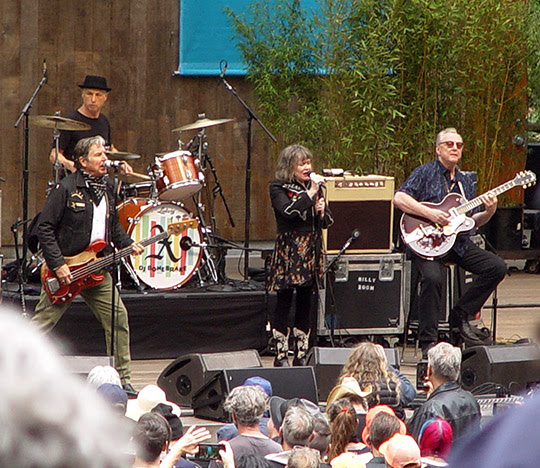 X, fronted by original vocalists John Doe and Exene Cervanka, are still a tight band and just before the pandemic, released their first album in 35 years, Alphabetland. 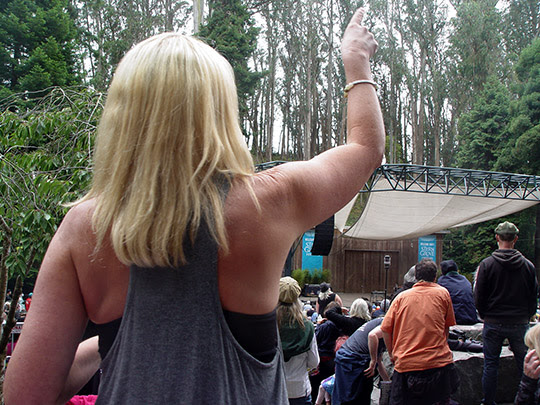 And my cousin Jenny was right. Between hard-driving punk rock songs, they would swing into rockabilly land. She was in heaven.
Posted by Civic Center at 11:20 AM