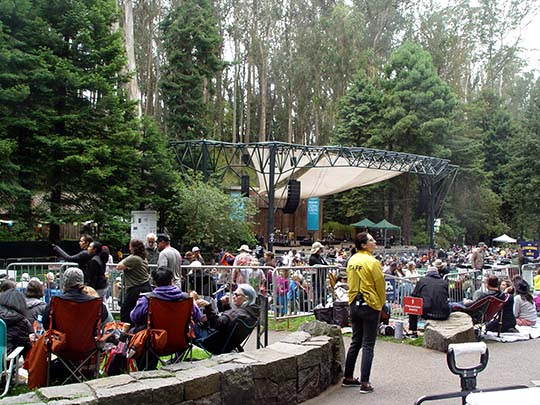 We were invited by a friend who had secured online reservations for a free concert by Dessa and Thievery Corporation at Stern Grove last Sunday. 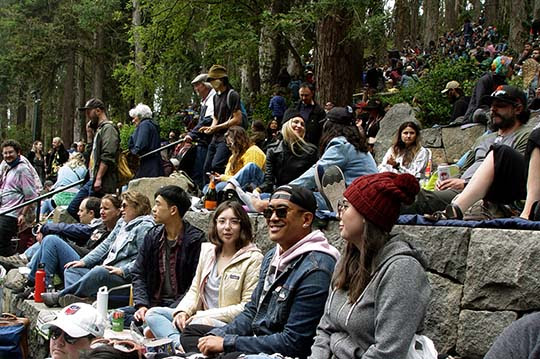 I hadn't attended a Stern Grove concert in decades because it's always too cold and too crowded, and last Sunday was no exception, but it turned out to be a fun afternoon. This was mostly because we snagged one of the last open spaces in the lower tiers where the four of us spread out for a delicious picnic. 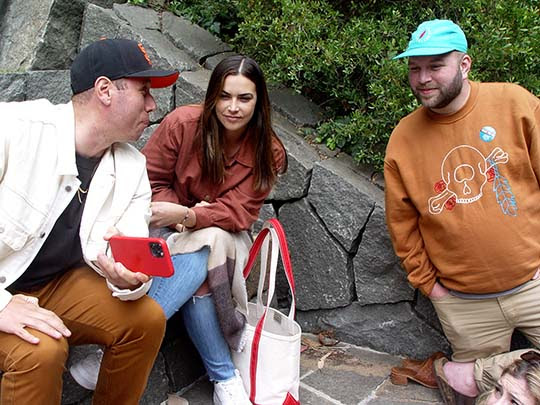 Our neighbors were a joy, including a pair of couples who were following the Eurocup Final in real time on the one phone that seemed to be receiving cell service in the sunken forest grove. 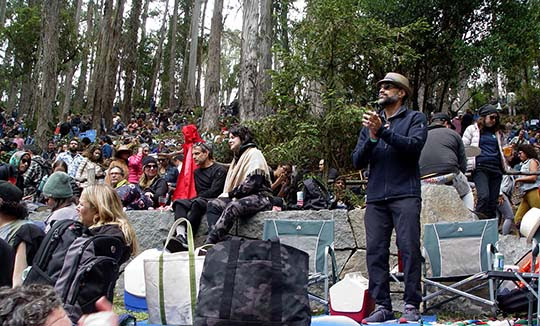 We had hoped the new online reservation system would limit the number of people, but the place was jammed. Attendees who had not lined up at noon when the gates opened for the 2PM show had to climb up the hillside, hoping to see something through the trees. 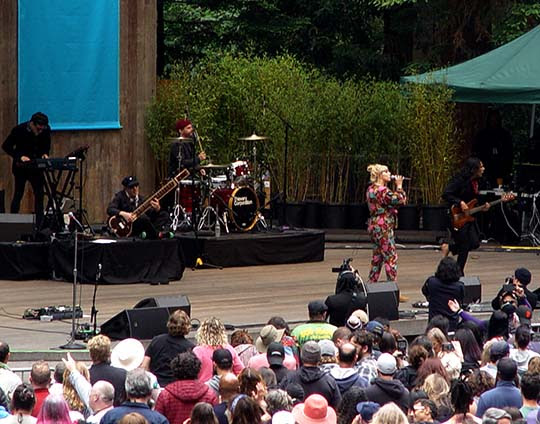 Thievery Corporation is a DJ duo that started in 1995, and they are still chugging along with their brand of trance-style EDM that includes lots of guest vocal soloists and world music influences. 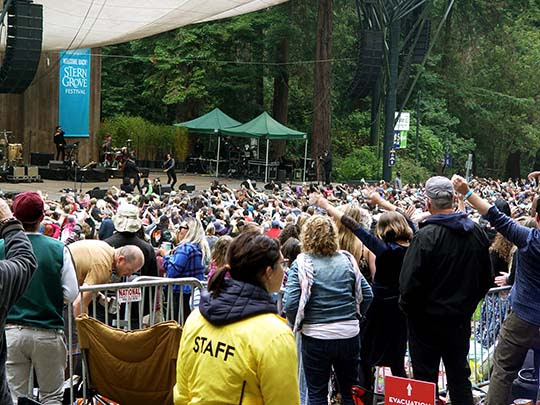 The music didn't strike me as very interesting, but the people-watching was spectacular. 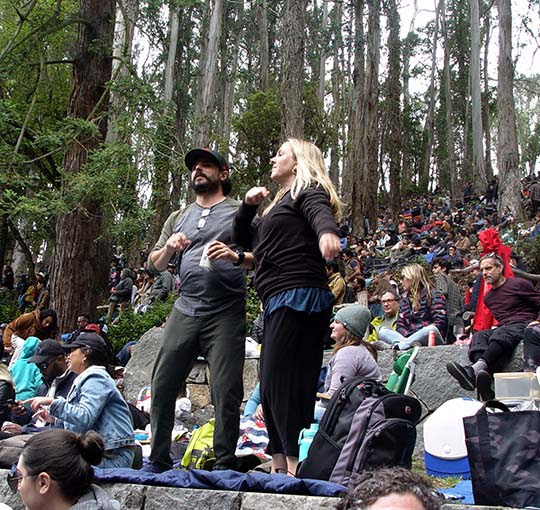 We even stood up and joined in the general dancing.
Posted by Civic Center at 3:20 PM