The SF Giants without Masks and with Fireworks 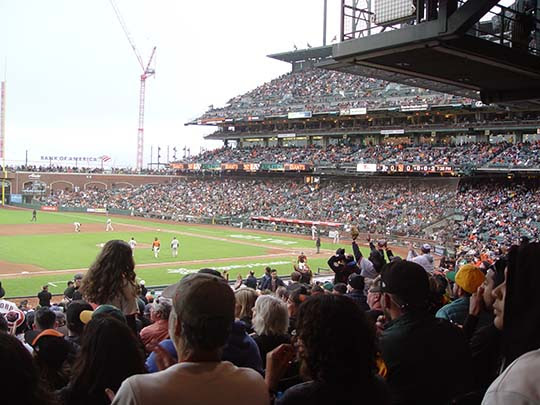 Friday evening was the first time the San Francisco Giants played before a full house since the pandemic began. 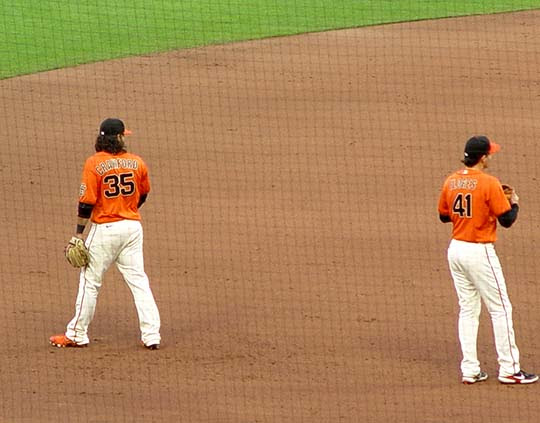 Their opponents were the cross-bay Oakland A's, and both teams are playing surprisingly well this year. 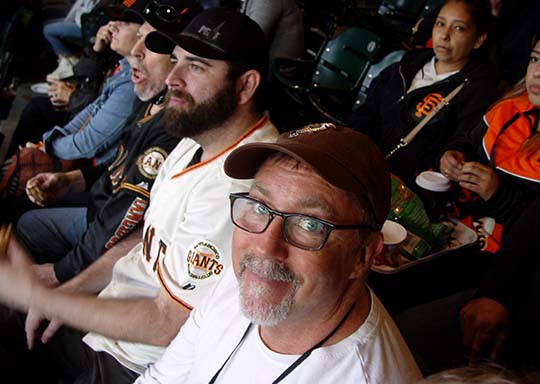 I bought a couple of expensive third-base-line seats on Stubhub a couple of days ago, and the sellers, sitting next to us, were my ex-lover from the early 1980s and his spouse, neither of whom I had seen in years. (They are not pictured, by the way. That's Austin and some sweet young man attending a game with his father.) 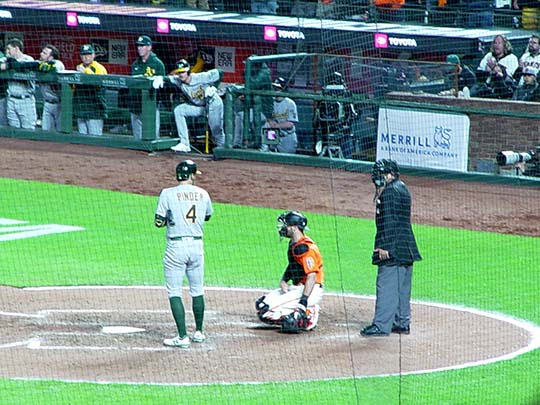 The game was fast and well played, with the Giants shutting out the A's 2-0, and though I like the Oakland team, it was good they lost. 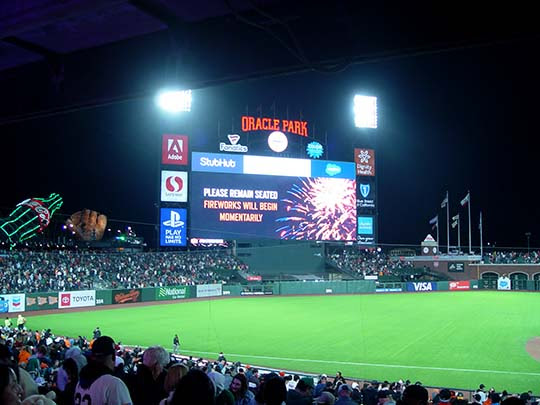 The unexpected pleasure of watching a good Giants team again, particularly after being cooped up inside for 15 months, was a communal joy. 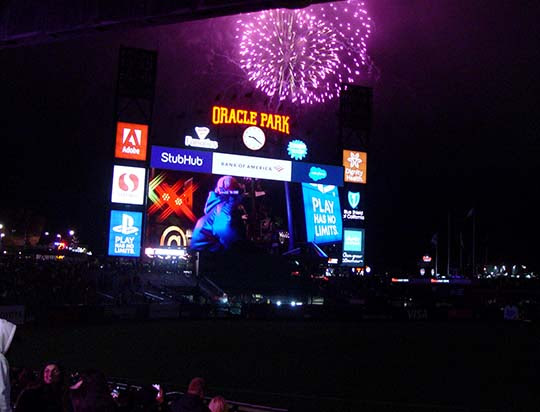 Plus, there were fireworks in the fog, a San Francisco tradition.
Posted by Civic Center at 2:57 PM