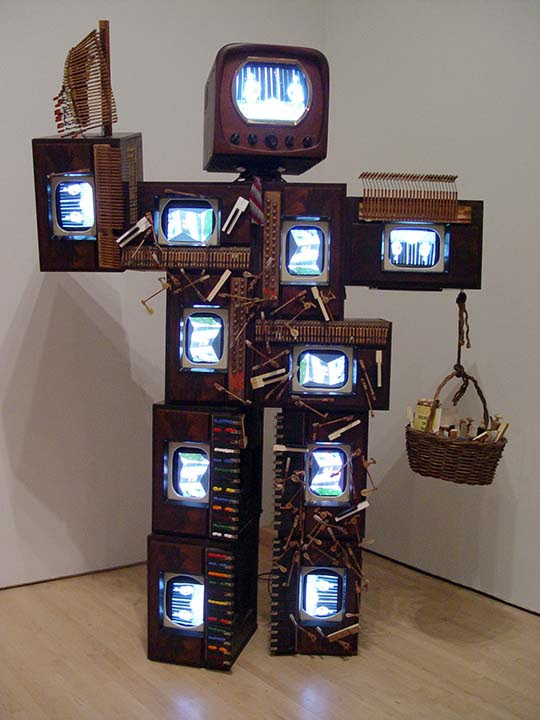 A retrospective of the polymath artist Nam June Paik (1932-2006) opened at the Tate Modern in London in 2019 and has finally made its way to SFMOMA in its only U.S. appearance. 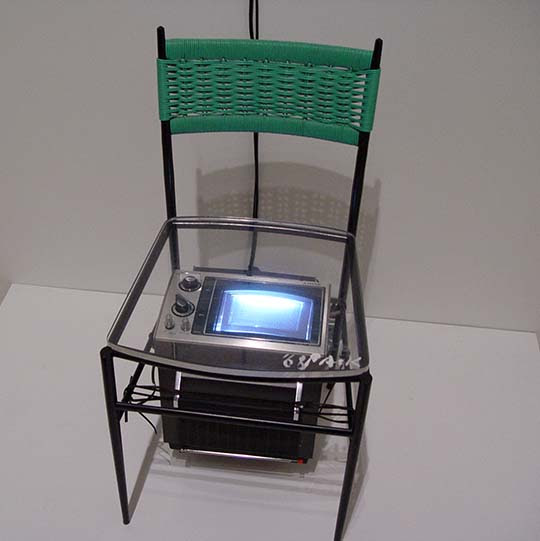 Nam June Paik was born into a wealthy family that collaborated with Japan during its occupation of the Korean peninsula from 1905 to 1945. They fled in 1950 to Hong Kong during the Korean War and eventually settled in Japan where Nam June Paik studied music and aesthetics, writing a thesis on Arnold Schoenberg. He continued his studies in West Germany where he met just about everyone who was anyone in the artistic avant-garde of the late 1950s, including Karlheinz Stockhausen, John Cage, and Joseph Beuys. 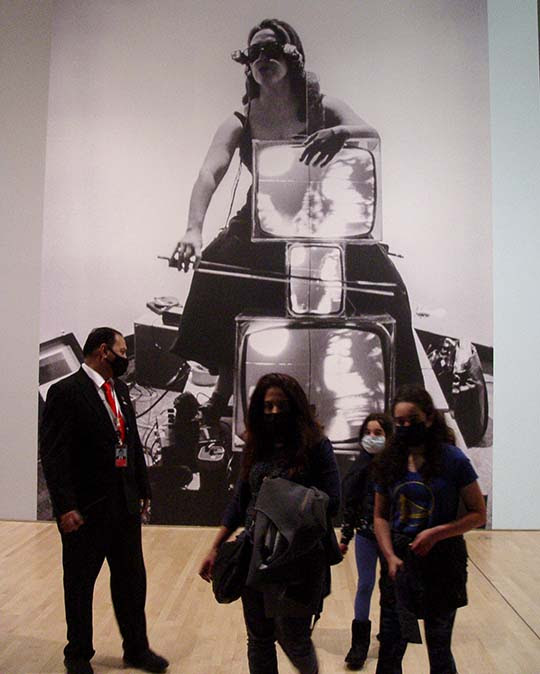 He became a member of the Fluxus art movement in 1962, moved to New York City in 1964, began his decades-long collaboration with the classical cellist Charlotte Moorman, and incidentally became the father of video art. 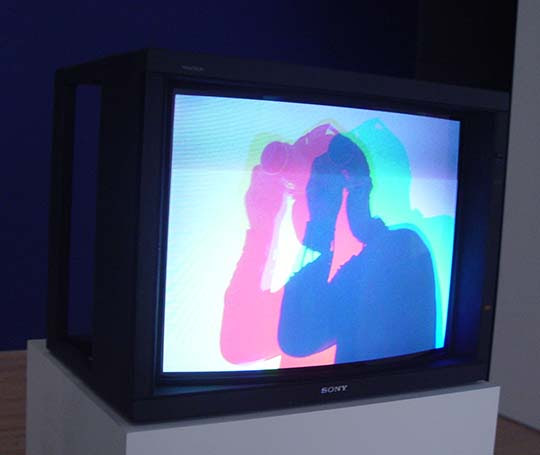 Since I have never been a fan of Video Art, my expectations were low, but the exhibition turned out to be playful, fascinating fun. 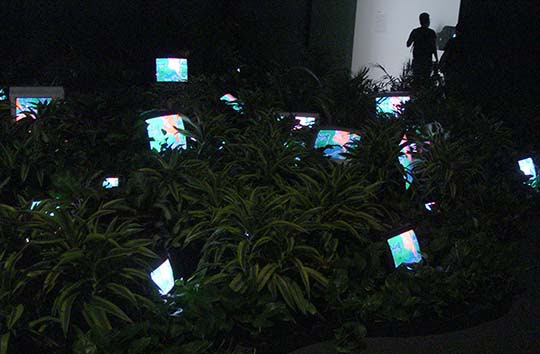 One dark room, for instance, is dedicated to TV Garden, a Teletubbies before its time mingling of plants and electronics. 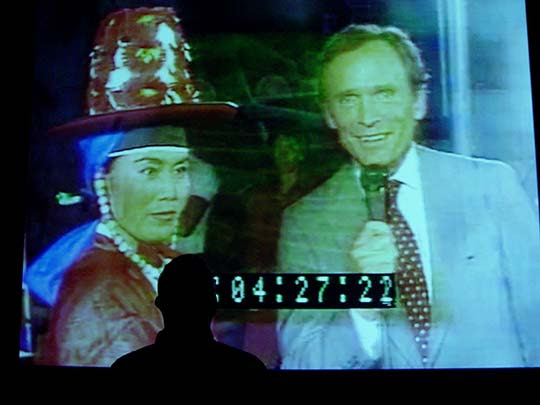 In a small screening room, we watched a 30-minute video from 1986, Bye Bye Kipling, a mixture of live events in three cities around the world with lots of groovy animation and effects, featuring just about every fabulous hipster artist of the time, from Lou Reed to Ryu Sakamoto to Dick Cavett playing satellite host. 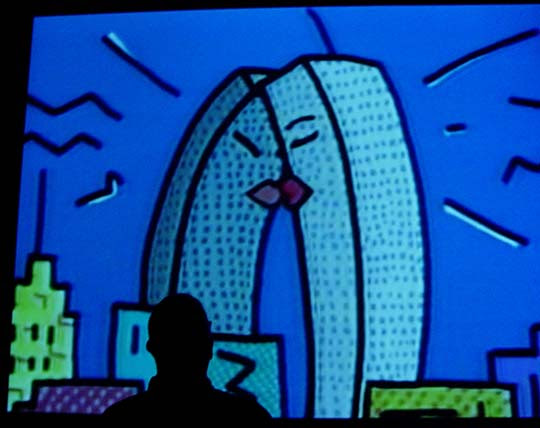 It brought back in time the excitement of early multimedia and the optimistic spirit of both the medium and the artist. The animation above, by the way, is of the new World Trade Center towers sharing a hug. 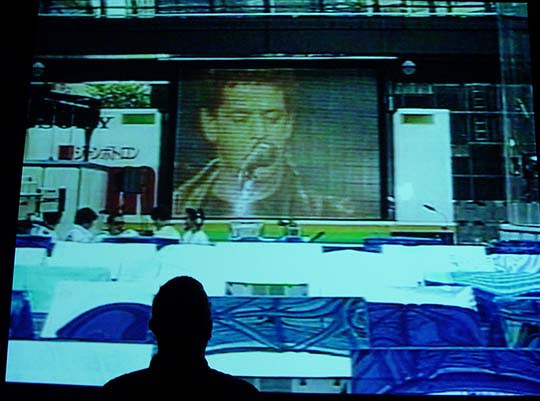 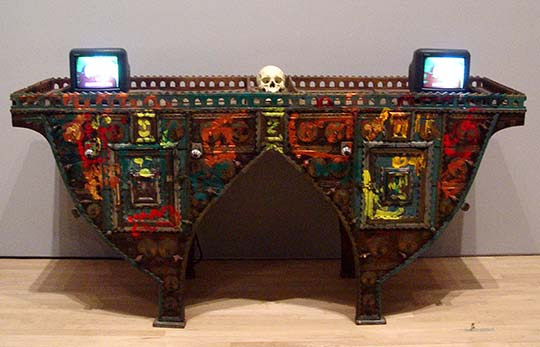 In one room, there are reliquaries for friends like John Cage and Merce Cunningham... 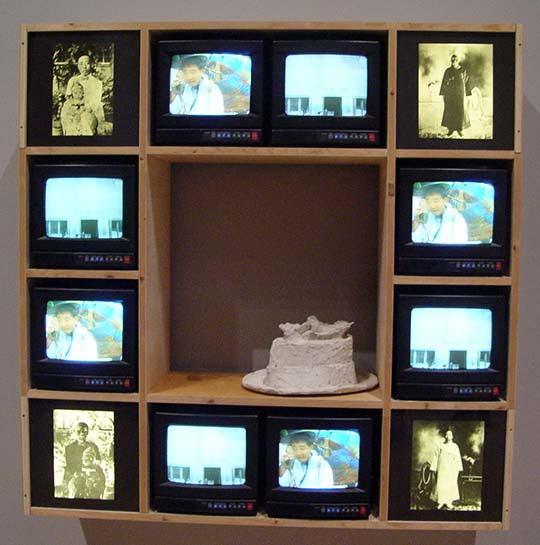 ...underlining what seems to be the artist's greatest pleasure, collaboration. 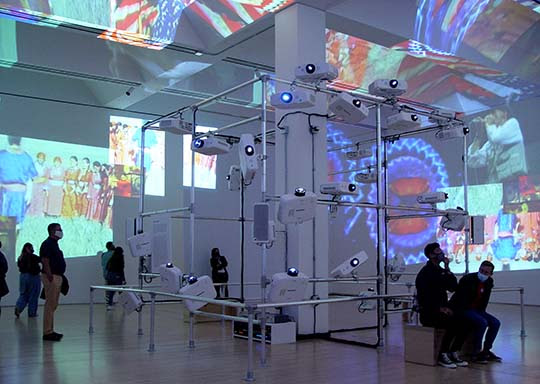 The finale of the exhibit is a recreation of Sistine Chapel, a 1993 Venice Bienniale multimedia installation on the walls and ceilings of a huge room. 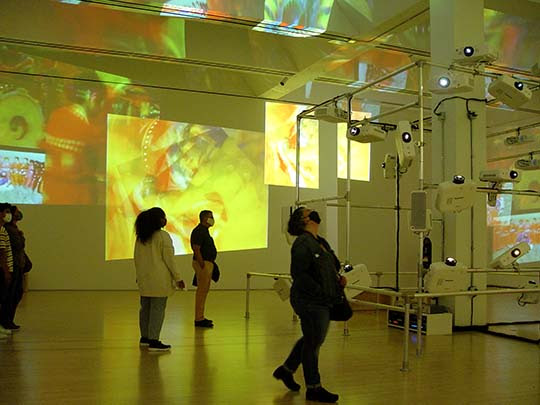 Whether you are on edibles or not... 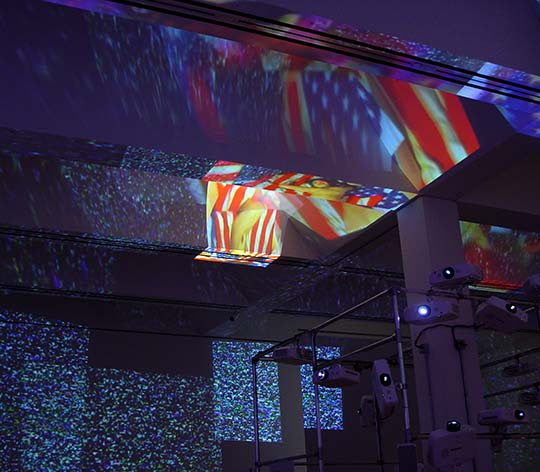 ...by the time you leave it will feel like you are.
Posted by Civic Center at 6:04 PM