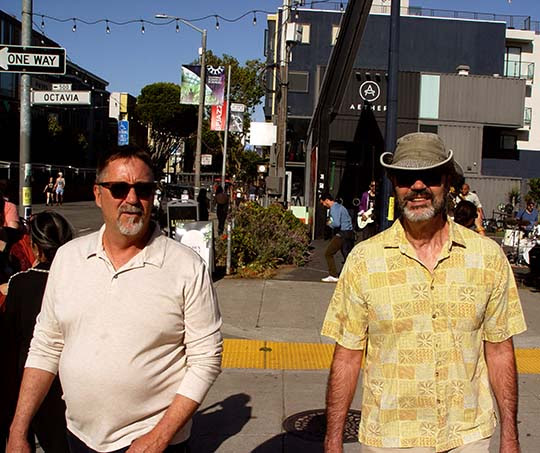 Last Friday evening the Hayes Valley Neighborhood Association sponsored a post-pandemic reopening street party where I joined Austin and Kerry for a stroll. 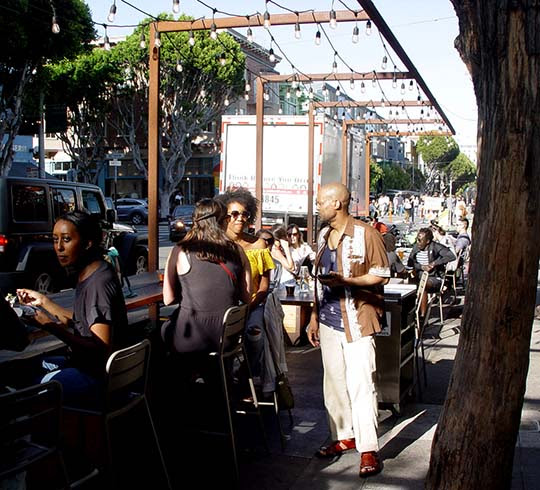 The many outdoor dining areas along Hayes Street were jammed... 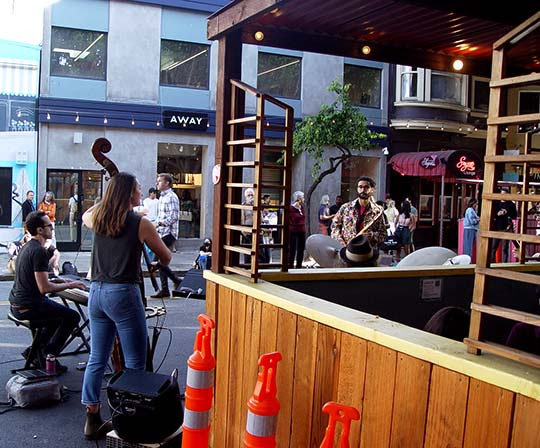 ...with musicians serenading diners and drinkers from the car-free street. 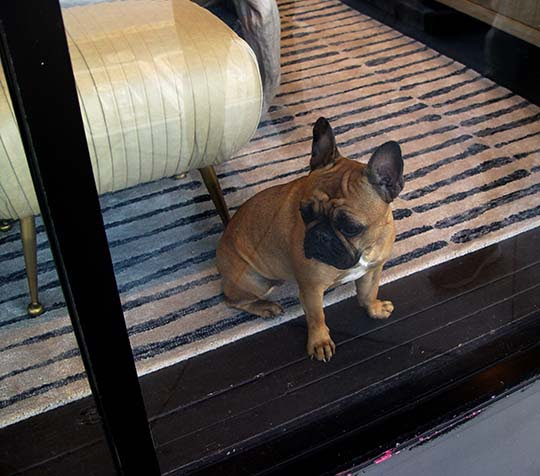 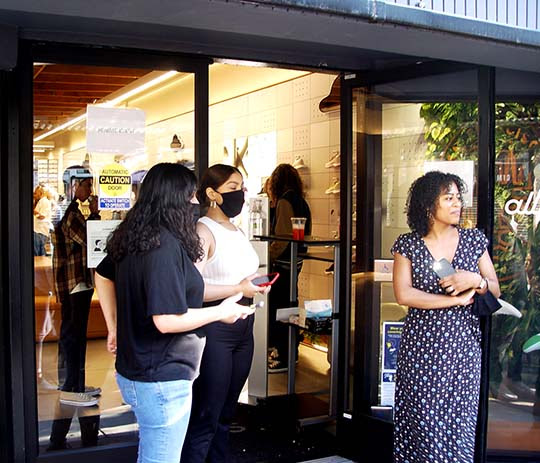 ...and there was even an exclusive "Private Event" party at the allbirds shoe store to which we were not invited. 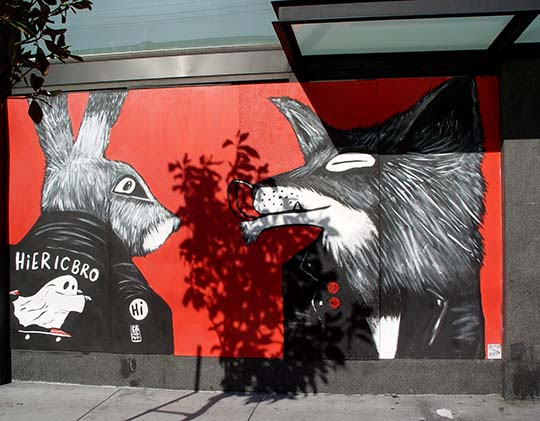 A few striking new murals have gone up near Absinthe... 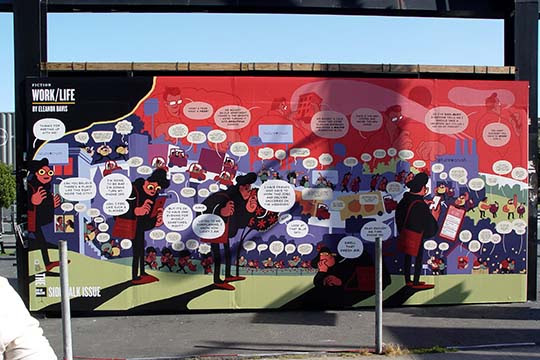 ...and the impressive "Work/Life" graphic novel by Eleanor Davis appeared at the back of the Proxy screen, sponsored somehow by Google (click here). 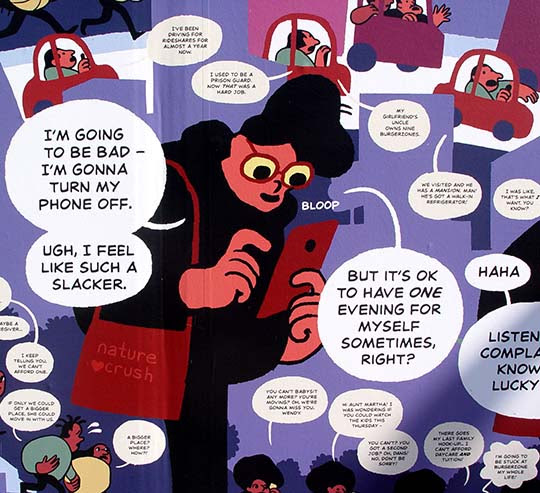 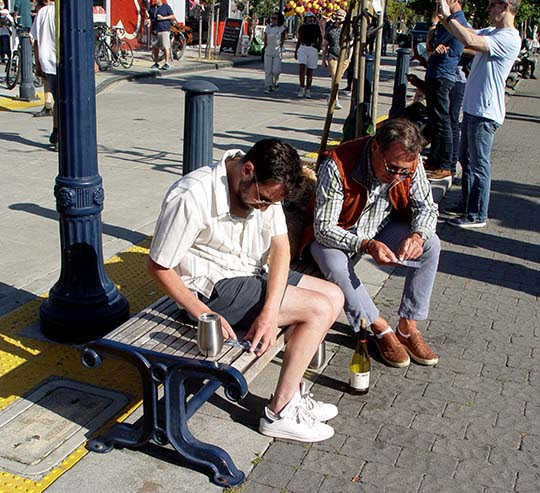 I wish more people would be "bad" and turn their phones off when they are sharing public space with friends. 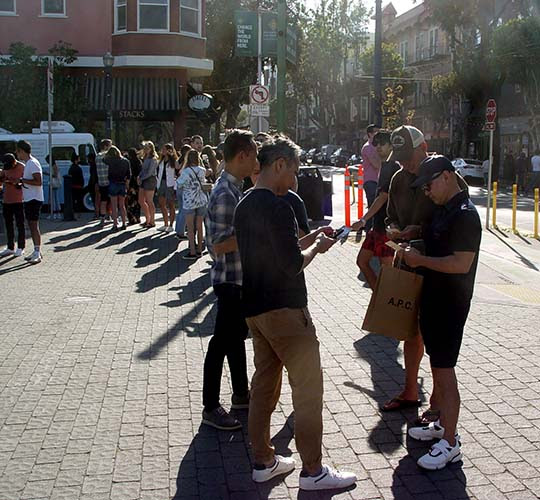 Otherwise, what is the point of going out? 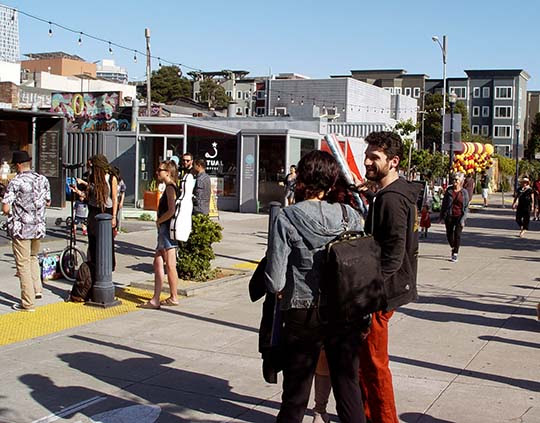 The area around the tiny Patricia's Green parklet has been an oasis for me during this pandemic. 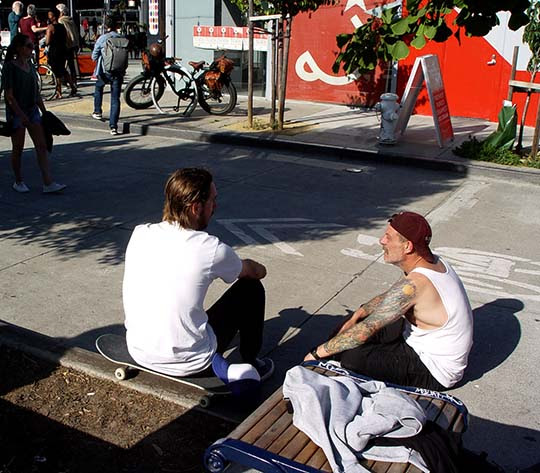 It was a place where people were respectful from day one about mask usage, and an outdoor refuge for those who had been working all day in their apartments on computers. 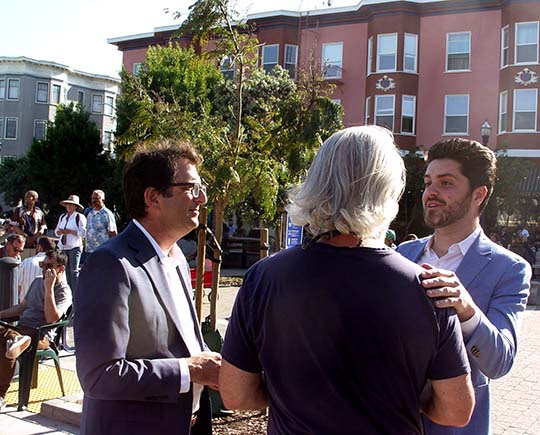 Plus, the people watching has always been spectacular, from affluent young fashionistas to grizzled skateboarders to City Supervisor Dean Preston above, not to mention the mentally ill acting out. 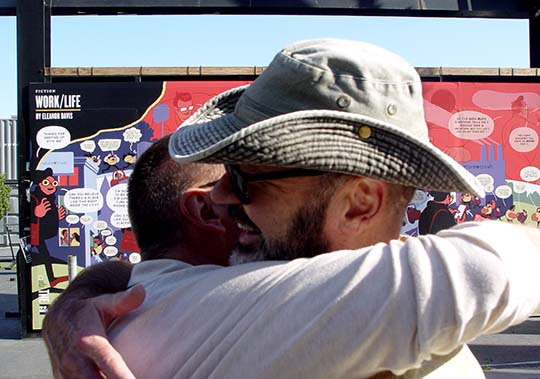 San Francisco deserves the herd immunity we seem to have secured, and the immediate reward is hugging friends.
Posted by Civic Center at 6:56 PM