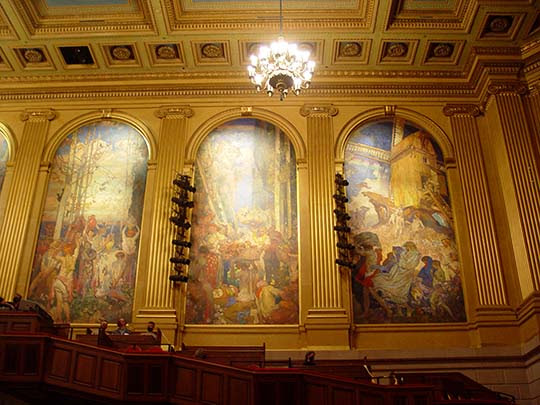 The Herbst Theater in the Veterans Building reopened last week for its first post-pandemic performance, given by the Philharmonia Baroque Chamber Players. 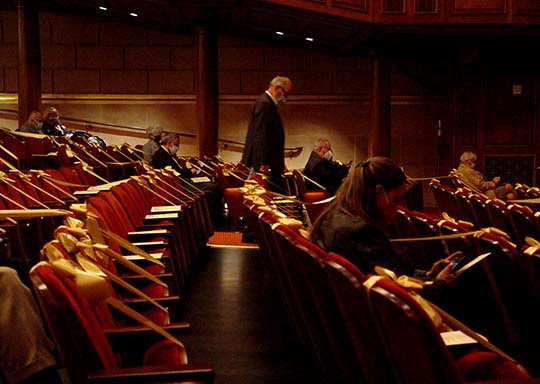 This liminal period between pandemic and the reopening of society has been tough on arts organizations because governmental rules are seemingly arbitrary and change from week to week. For this concert, most of the seats had been cordoned off with tape, so that "household pods" who had shown their vaccination cards in the lobby were allowed in for a live music concert. 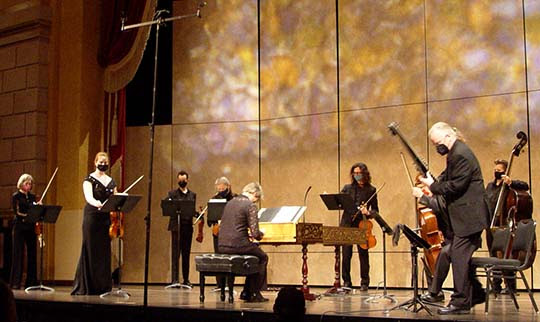 As my friend James Parr noted, the pandemic obliterated the farewell tours of both San Francisco Symphony Music Director Michael Tilson Thomas and Philharmonia Baroque Orchestra Music Director Nicholas McGegan, who were both retiring in 2020 from their posts after decades at the helm. The new Philharmonia Baroque Music Director is an Englishman, Richard Egarr, who has lots of interesting programs lined up (click here), but he was unable to conduct this comeback concert because of COVID visa problems. The task went instead to the Baroque violinist Augusta McKay Lodge who led (left to right, above) Carla Moore, August McKay Lodge, Noah Strick, Katherine Kyme, violins; Aaron Westman, viola; Hanneke van Proosdij, harpsichord; William Skeen, violoncello; David Tayler, theorbo; and Kristin Zoernig, double bass. 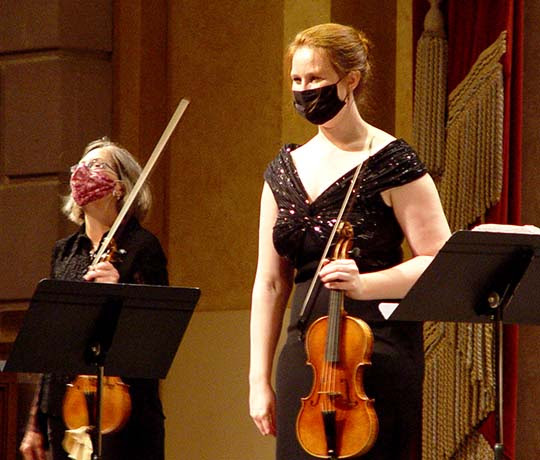 Ms. Lodge was superb and her work with Carla Moore in a pair of Vivaldi string concertos was stirring. 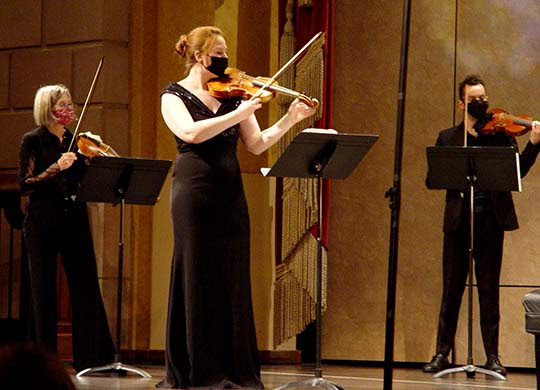 My only problem with the concert is that Baroque string music all starts sounding the same after a while, and I felt like I had fallen into a KDFC radio coma narrated by Dianne Nicolini. (Pictured above are Carla Moore, Augusta McKay Lodge, and Noah Stricker). 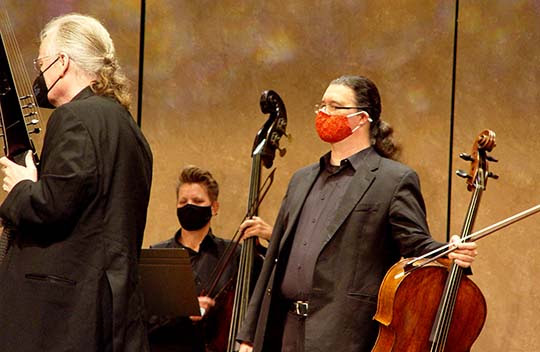 The intermission-less 90-minute program consisted of Handel's 5-movement Concerto Grosso in B-flat Major; three pieces by Vivaldi: the Concerto for Strings in G minor, the Sinfonia in B minor "al Santo Sepolcro", the Concerto for 2 Violins and Violoncello in D Minor; an eight-movement orchestral suite, "La Bizarre" by Telemann; the Concerto Grosso in A Minor by Giuseppe Valentini, and a Chaconne from Terpsichore by Handel. (Pictured above are David Tayler, theorbo, Kristin Zoernig, double bass, and William Skeen, violoncello.) 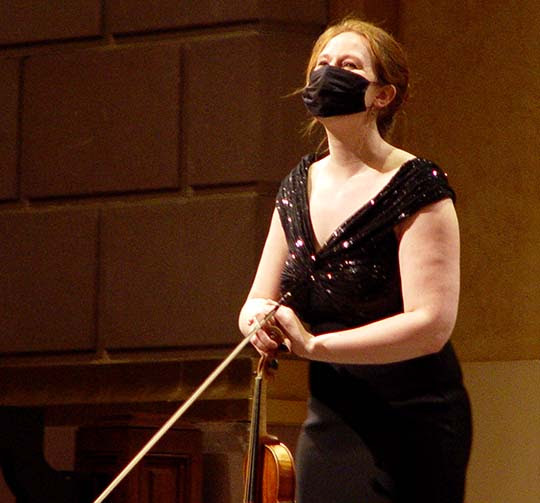 Augusta McKay Lodge's interplay all evening with the chamber orchestra was outstanding, and it would be great to see her return to San Francisco from Paris, where she is based, to perform without a face mask in a COVID-safe world.
Posted by Civic Center at 10:12 AM