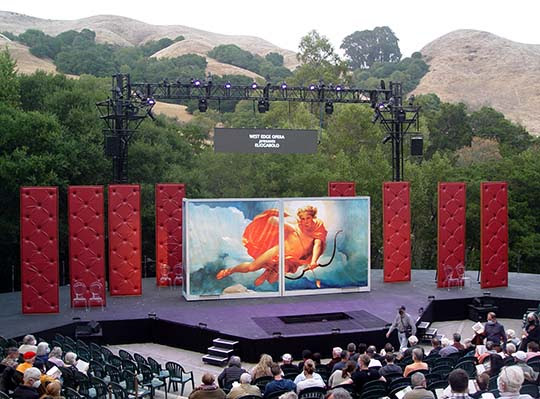 West Edge Opera managed to produce a hearteningly successful summer festival season in the midst of the COVID pandemic over the last month, presenting three operas outdoors in the Bruns Amphitheater in the East Bay hills near Orinda. The festival started with Janacek's Katya Kabanova in a vocally splendid and dramatically problematic production, followed by Elizabeth Cree, a new opera by composer Kevin Puts and librettist Mark Campbell that was universally acclaimed as a great new opera in a strikingly good production. I intended to see the final performance last Saturday, but a vaccinated cast member had come down with a "breakthrough" COVID case and the final performance was canceled at the last hour. The night before, I saw the final show, Eliogabalo, a 1667 Venetian opera by Francesco Cavalli that went unproduced until 1999. 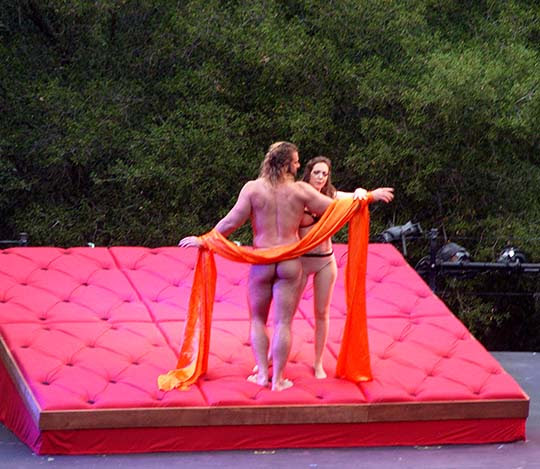 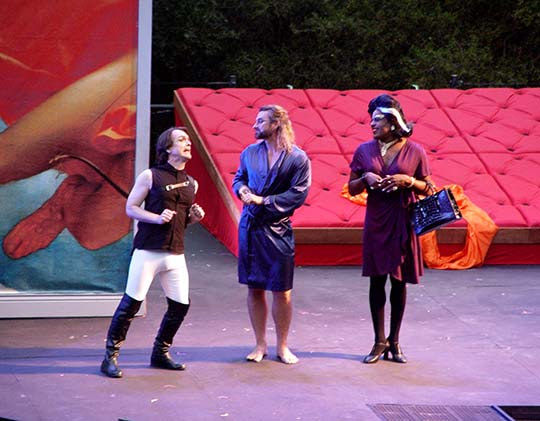 Like Shakespeare and most Italian Renaissance theater and opera, comic and tragic characters intermingle, with a sad aria about lost love followed by a carnal duet about the procuring of hotties for the emperor. Tenor Jonathan Smucker was the concubine Zotico conspiring with Jean Paul Jones in a travesty role as Lenia, the ruler's old wet nurse who is as big a horndog as her ruler. 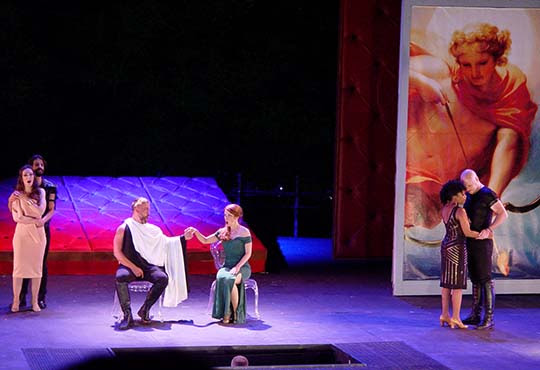 The two main serious couples were countertenor Matheus Coura as Giuliano with soprano Aura Veruni as Eritea, and Derek Chester as Alessandro with Nikki Einfeld as Gemmina, all of whom are at serious risk of being murdered or raped by Eliogabalo. Soprano Shawnette Sulker as Atilia and bass-baritone Nathan Stark as Nerbulone are two minor comic characters who get caught up in the shenanigans, and all of them gave wonderful performances. 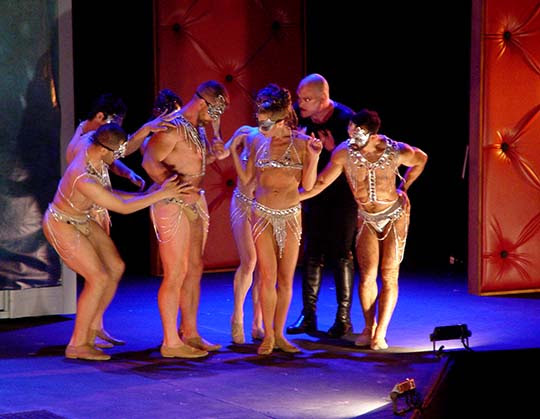 The set design by Evan Streshinsky was simple and striking, and the direction by his father Mark Streshinsky, who also translated the subtitles, was witty and engaging. Weaving in and out of most of the scenes were a sextet of dancers, choreographed by Benjamin Freedman, who were marvelous: Kacie Boblitt, Jamielyn Duggan, Molly Levy, Ian Debono, Erik Debono, and Marcos Vedoveto. In the scene above, Derek Chester is sneaking into a banquet disguised as one of the dancers, led by the harem-master Nathan Stark. 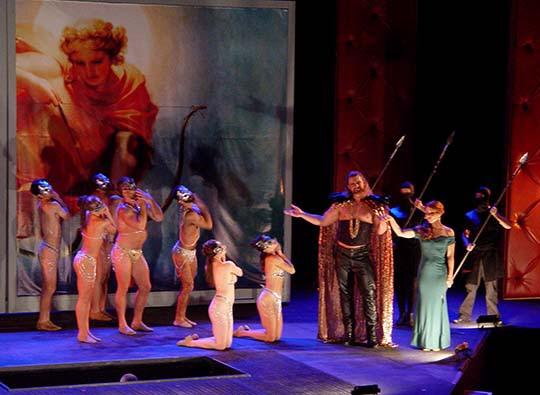 Before the banquet begins, Nathan steals a jug of wine that has been spiked with a Renaissance date rape drug meant for Gemmira, unintentionally foiling the dastardly plans of Eliogabalo and his enablers, leading to a chaotic comic climax. 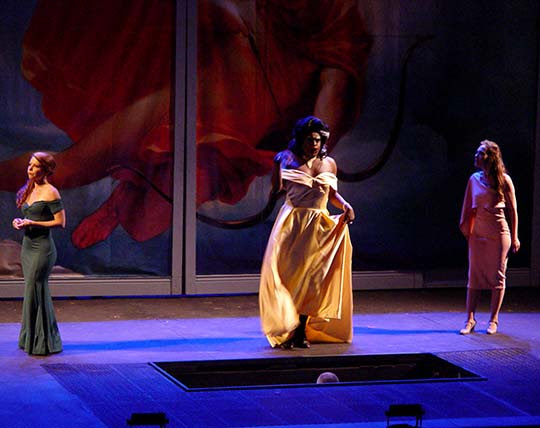 The chamber orchestra, led by Adam Pearl from the harpsichord, was lovely, and the sound balance was much better than the opening night Katya Kabanova. In the final act, the women (Nikki Einfeld and Aura Veruni above, with Jean Paul Jones in gold between them) have had enough, and urge their beloveds and the palace guards to murder the emperor. 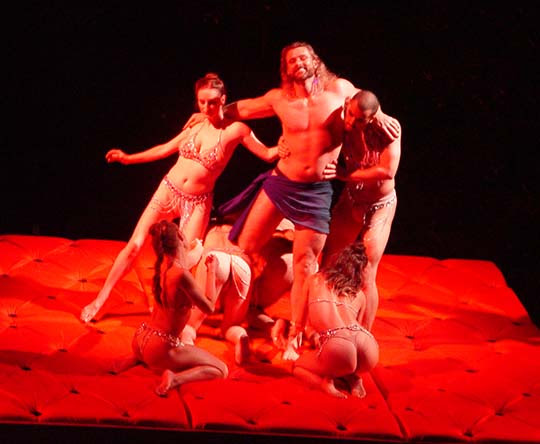 West Edge Opera's extraordinary agility overcame a whole series of obstacles this summer, from extreme weather patterns (occasionally 100+ degrees in the afternoon with freezing cold winds at night) to constantly changing pandemic health protocols. The company and its supporters deserve congratulations for pulling off a small miracle.
Posted by Civic Center at 11:19 AM