Two of my favorite orchestral pieces, Manuel de Falla's 1919 The Three-Cornered Hat (Suite #1) and Zoltán Kodály's 1933 Dances of Galánta, were played by the SF Symphony last Friday at Davies Hall. Making her SFS debut, the young Colombian conductor Lina González-Granados took the ten-minute de Falla ballet suite at the fastest pace I've ever heard, and was impressed that the orchestra could keep up with her. 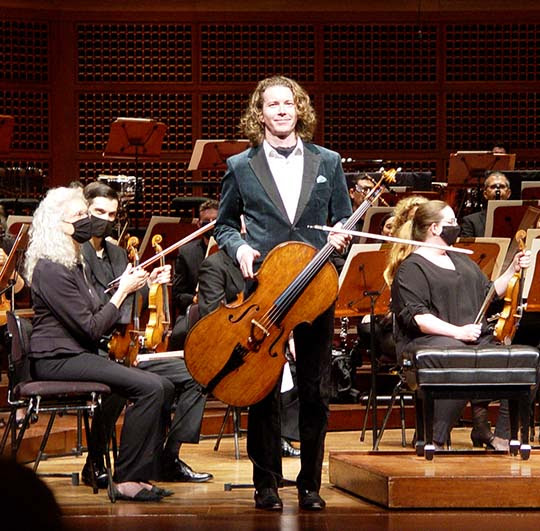 This was followed by Schumann's 1850 Cello Concerto, with last-minute replacement Joshua Roman filling in after the originally scheduled soloist had to cancel because of visa problems. 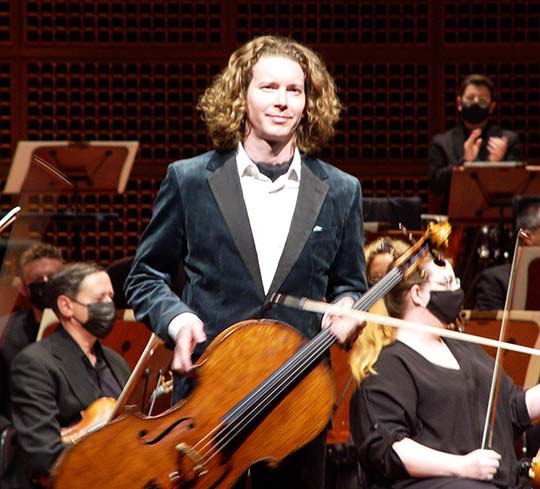 I had never heard of Roman but he seems to have been a phenomenon for the last 20 years, as the youngest principal instrumentalist in Seattle Symphony history at age 22 before he quit after a couple of years to be a soloist, chamber music collaborator, composer, and TED Talk star. (Click here for his website.) 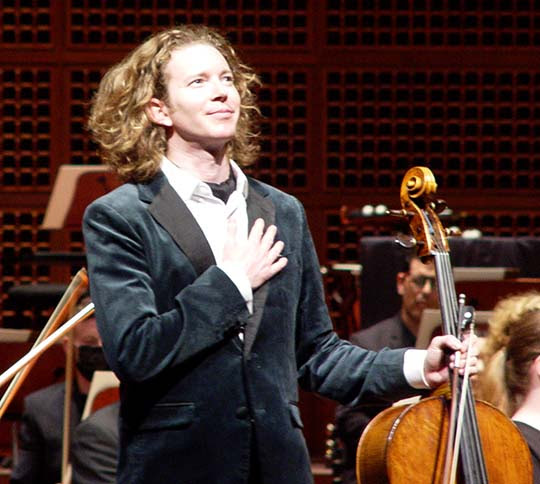 His performance of the Schumann was lovely, and he seemed visibly surprised and amused by some of the tempos of conductor González-Granados, but he rolled with it beautifully. When called back for an encore, he addressed the audience with, "This last year has been very weird. So I think I'm going to go out on a limb here and this is dedicated to everyone else who wants to go out on a limb." He then proceeded to sing, without amplification, Leonard Cohen's 1984 song Hallelujah while accompanying himself on the cello. It could have been cringingly awful but was instead ethereal, as he used his pleasing, unprofessional, resonant voice in a very raw way that was breathtaking. 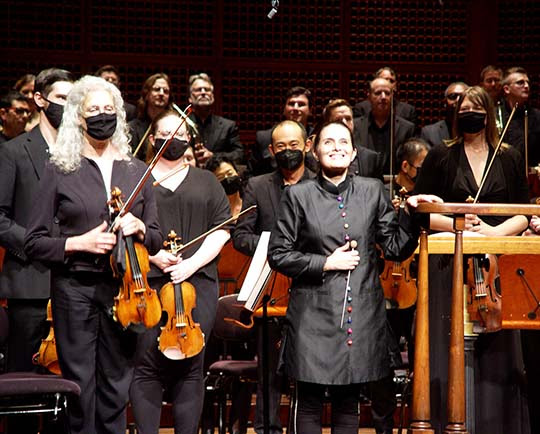 Kodály's Dances of Galánta is filled to the brim with Hungarian melodies which ethnomusicologist Kodály had picked up in his village wanderings, and his orchestration is a marvel, comparable to Bartok at his best. It was great fun to hear the piece live, but González-Granados conducted the work at a breakneck pace again, which worked well sometimes but didn't allow the more lyric passages to breathe. My concert mate said, "That reminded me of how people are driving on the highways these days."
Posted by Civic Center at 2:45 PM