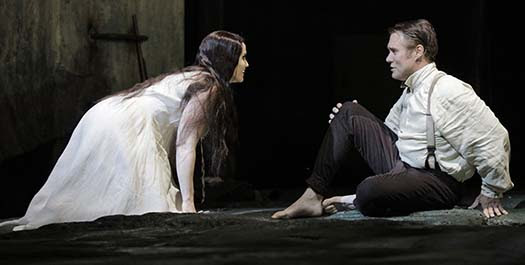 All the reports are true about the excellence of the current San Francisco Opera production of Rusalka, Dvorak's 1901 operatic version of The Little Mermaid fairy tale. There are so many moving parts to an opera production, that when they all come together with the right director, production, conductor, and cast, it feels like a bit of a miracle. The cast is headed by soprano Rachel Willis-Sorensen as the water nymph who falls catastrophically in love with a handsome prince embodied by tenor Brandon Jovanovich, and they actually make you care for the cursed lovers from two realms, human and (super)natural. (All production photos by Cory Weaver.) 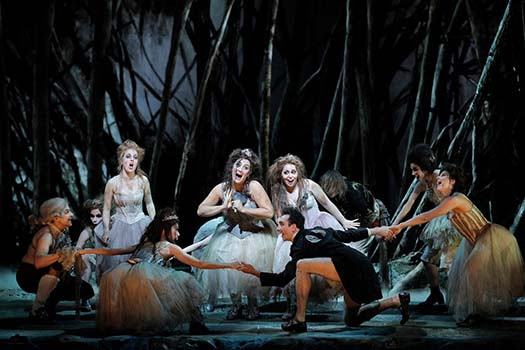 Acts One and Three of the nearly four-hour opera take place around a dark forest lake where wood nymphs cavort in song and dance. The integration of ballet dancers with three superb young Adler Fellow singers was ingenious. Natalie Image, Simone McIntosh, and Ashley Dixon were choreographed to be both hilariously graceful and clumsy while surrounded by professional dancing nymphs. 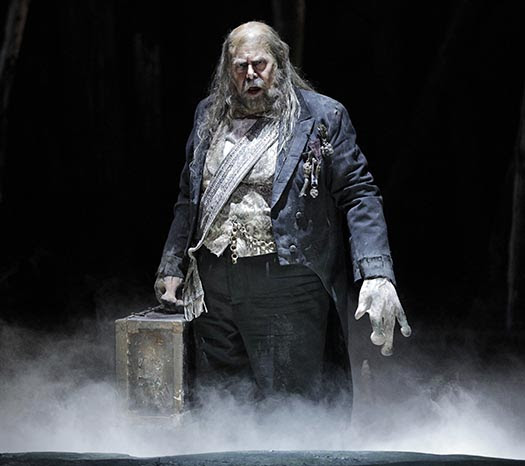 Bass Kristinn Sigmundsson was a late replacement for the role of the Water Goblin, who preys upon humans and nymphs alike, and I can't imagine the role being sung and acted better, a mixture of malice and loving kindness towards his water nymph daughters, including Rusalka. 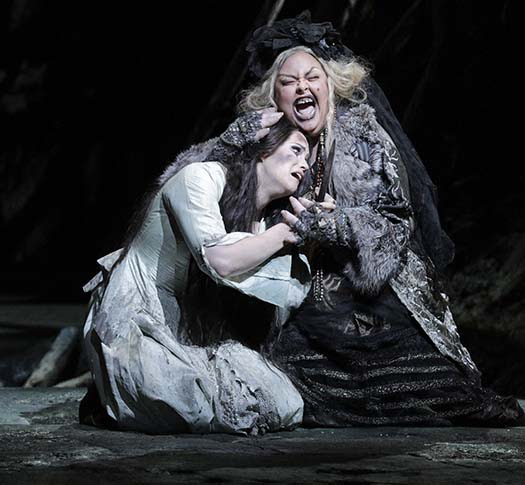 The luxury casting continued with the great young mezzo-soprano Jamie Barton as the witch Jezibaba who engineers the species-shifting and the many curses associated with it. She was played as a comic horror who has seen it all, and Barton's huge voice was once again a joy to hear. 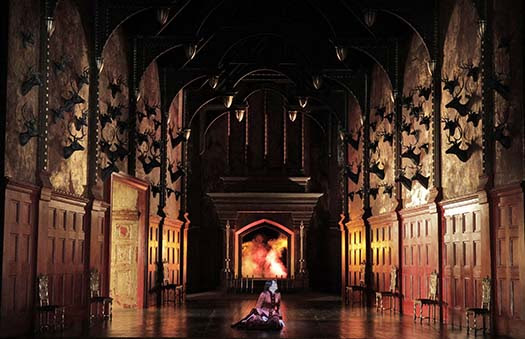 The second act in the prince's palace was magnificent and frightening, with the mounted heads of hunted animals providing foreboding ornamentation to an impossible love. The production by David McVicar for Lyric Opera of Chicago doesn't shy away from the darkness of the tale, while debuting conductor Eun Sun Kim had the orchestra playing Dvorak's late music with rare, light beauty. 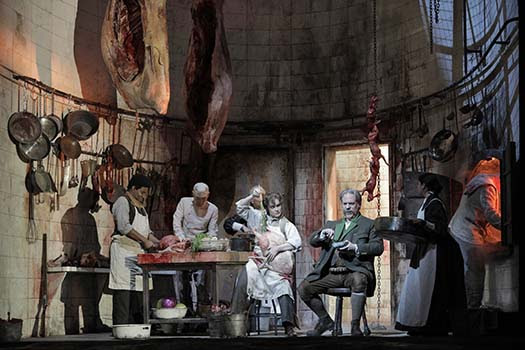 Rusalka, though composed in 1901, is essentially a modern opera in most of the world, because it only entered the repertory outside of the former Czechoslovakia in the last three decades, partly because of the advent of supertitles, and a recognition that Czech operas sound so much better in their native language. The San Francisco Opera has had a remarkably good track record with Slavic and Russian works, from the operas of Janacek to Tchaikovsky and Prokofiev. Seeing Rusalka for the first time makes me wonder what else is waiting to be discovered. 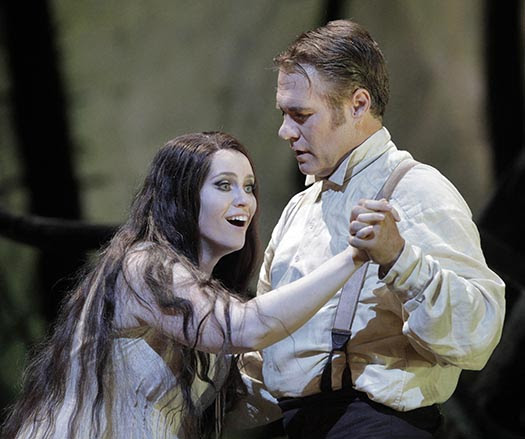 Not only was this my first Rusalka, but strangely enough it was the first version of The Little Mermaid I had ever experienced, somehow missing the Hans Christian Anderson story, the ballet version, or the animated Disney musical. The love-sick masochism and cruelty of the tale I found unpleasant rather than emotionally moving, but as the days wore on after seeing the production on Saturday night, I realized the fairy tale had seeped into my unconscious and was coloring the way I looked at love, impossible or not, an example of art changing life.
Posted by Civic Center at 12:19 PM

I haven't seen this version but I am reminded of one of my favorite sopranos, Zinka Milanof and her version of Rusalka. From high notes to low, she hits the slavic angst of the whole opera better than anybody I have heard. I too am not fond of the story where the woman sacrifices all for the man, usually a prince but then, that's the story of many operas. But they all don't have this: https://youtu.be/tk3K38Y3Iag