Crazy in Love at Handel's "Orlando" 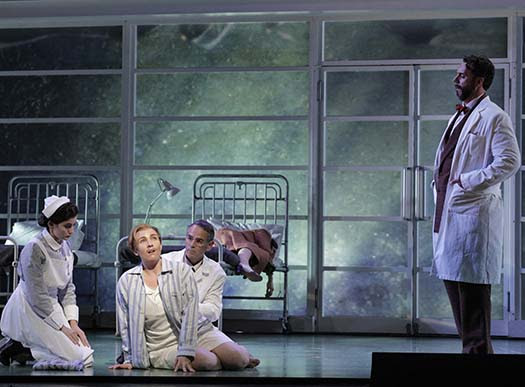 The main reason to attend the San Francisco Opera production of Handel's Orlando is the extreme beauty and rarity of the opera itself. First presented in London in 1733 for ten performances, the work disappeared for almost 250 years, reappearing in an abridged version with English mezzo Janet Baker in 1963. The San Francisco Opera presented the work for the first time in 1985 in a memorable production headed by mezzo Marilyn Horne as the title character and a breakout performance by soprano Ruth Ann Swenson as Dorinda the shepherdess, conducted by the late, great Charles Mackerras. 34 years later, the company is presenting it for the second time in a Scottish Opera production directed by Harry Fehr that shifts the story from a 9th century sylvan setting to a 20th century London military hospital during World War Two. Without a chorus, the opera has only five singers, beefed up in this production by a half dozen supernumeraries skillfully playing orderlies and nurses throughout. (Hat tip to super Steve Lavezzoli above in a production photo by Cory Weaver). 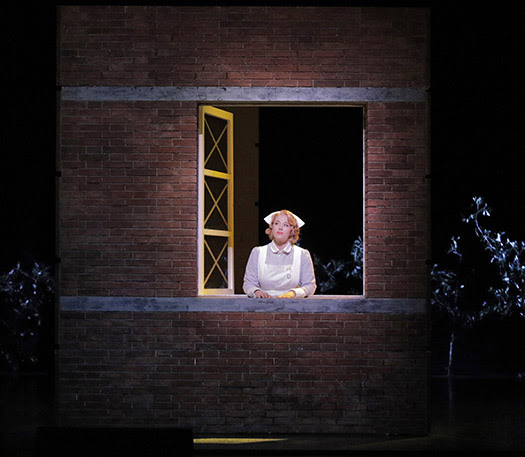 The director's high concept worked well most of the time, but the spirit of nature so pervades both the music and the libretto that I wish Fehr had gone more in the Downton Abbey WWI/Bridehead Revisited WWII direction of a country estate being used as a makeshift military hospital, with lovely gardens for the quartet of love-besotted characters to roam. 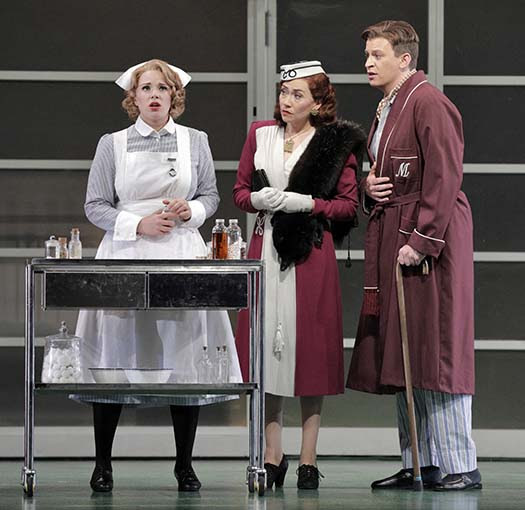 The conducting by debuting Englishman Christopher Moulds was lovely, though a little slow and monochromatic for my taste. The singing was mostly great, and at certain moments transcendent, such as the trio that ends Act I above, where the broken-hearted Dorinda (Christina Gansch) is consoled by the lovers Medoro (Aryeh Nussbaum Cohen) and Angelica (Heidi Stober). 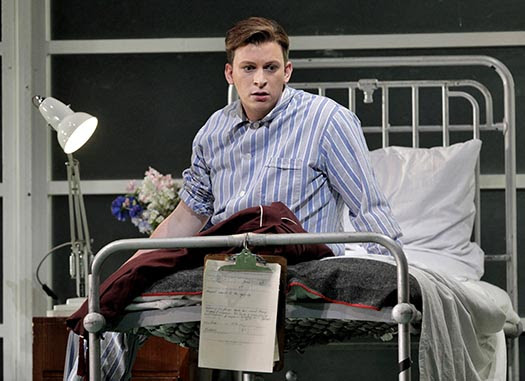 The 25-year-old Aryeh Nussbaum Cohen was a replacement for David Daniels, the star countertenor embroiled in a particularly nasty gay version of a MeToo scandal, who has been dropped by opera houses and concert halls around the world over the last year. Cohen is still in the company's student Adler program, so this was quite a career jump, but vocally he projected well and may have had the most beautiful, effortless-sounding soprano voice of the afternoon. One oddity of the libretto is that nobody loves the title character while Dorinda and Angelica are both in love with Medoro. At one point in the translated supertitles, one of them confesses she is in love "because he is young, handsome, and strong," which got a laugh from the audience even though Cohen fit the bill. 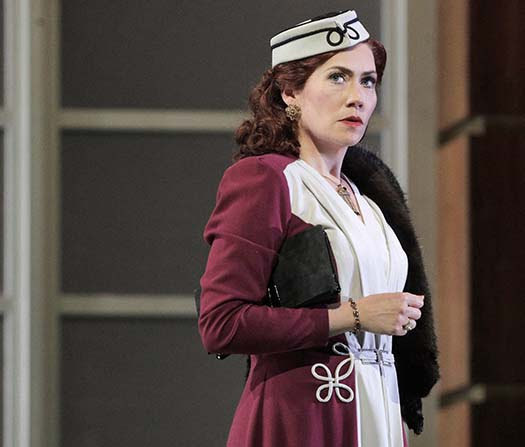 Medoro is in love with the noble-born Angelica, sung by Heidi Stober. Last year she was in Strauss's Arabella at the SF Opera, and her soprano seemed more suited for that music than for Handel, which is both tricky and extremely exposed. Still, she commands the stage well, was a convincing upper-class princess, and she's a good musician. 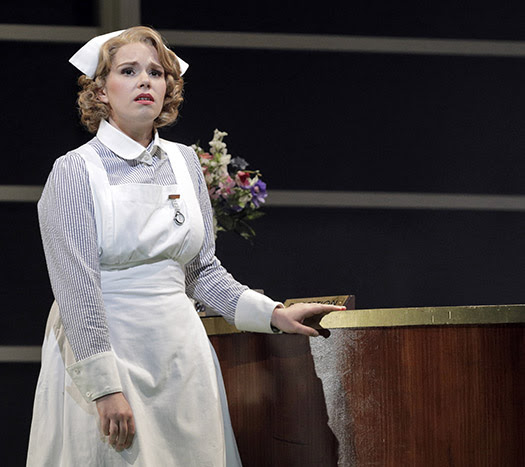 Debuting Austrian soprano Christina Gansch stole the show as the low-born nurse Dorinda who in her big Act Three aria simultaneously sings of how sad she is while describing how ridiculous love can be. She got the biggest ovation of Sunday afternoon's opening performance and deserved it. Besides a pure, flexible, high soprano voice, she also modulated her singing to give each aria more drama than anybody else in the cast. 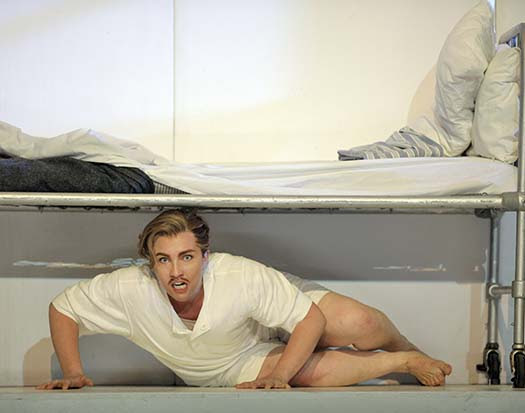 The disappointing hole in the center of the production was Sasha Cooke as Orlando in the first subpar performance I have ever heard from her, and I'm including the title role of Mark Adamo's godawful The Gospel According to Mary Magdelene. Cooke looked great as a male soldier with PTSD driven crazy by unrequited love, but the role was written way too low for her voice. In a well-written interview in the program of Marilyn Horne by Jeffery McMillan, the celebrated mezzo confesses: "I was never quite happy with Orlando because it is a little low, even for me. If I were doing it today, I might move it up a tone." In other words, we need a new Ewa Podles to tackle the part. Cooke did her best, and the performance was always well acted and musically intelligent, but at times she was barely audible. The fifth singer, bass-baritone Christian van Horn (standing in the first photo) was an authoritative magician/psychiatrist, and I loved hearing his gorgeous deep voice occasionally breaking up all the sopranos.
Posted by Civic Center at 12:26 PM