"From The Field" and "Artemisia" at Left Coast Chamber Ensemble 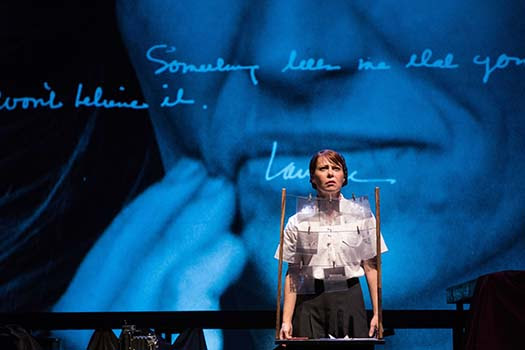 The Left Coast Chamber Ensemble has been ambitiously stretching into contemporary opera, and last weekend at Z Space they presented a winning pair of one-act premieres. The opener, From The Field, was billed as a "micro opera" by composer Christopher Stark with a libretto by his sister, Megan Stark. The message piece about the US government dismissing scientific reality over the centuries was actually quite elaborate. The opening scene has soprano Nikki Einfeld singing about J.W. Powell who warned that the American West could not be "tamed" by East Coast agriculture because of its natural aridity, and nobody listened. The second scene Einfeld inhabits the 1930s photojournalist Dorothea Lange who is documenting Dust Bowl refugees while the federal Farm Security Administration has hired her to show off "agricultural progress." The finale is primarily an edited video of Montana professor Steven W. Running explaining his discouragement at warning the government about climate change over the decades with no results. 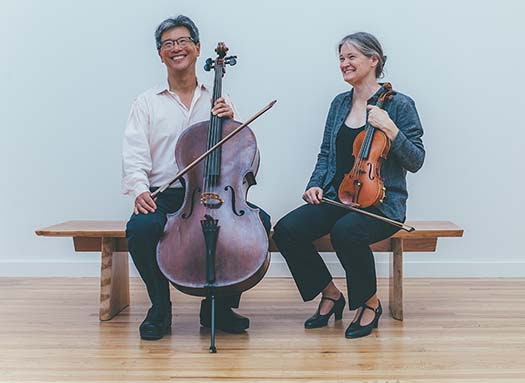 The orchestra consisted of cellist Leighton Fong and violinist Anna Presler, sawing away furiously in the first scene, lyrically in the second, and interjecting occasional musical underlines during the final video. The music was consistently interesting and their playing was great, as was the singing by Nikki Einfeld, whose voice is sounding as good as I have ever heard it. She also was credited as the director, and the minimalist production worked well. Especially noteworthy were the beautiful projections by Andrew Lucia that incorporated the libretto so supertitles were unnecessary. The opera works well on its own terms. The message is obvious, but thought-provoking and evocatively illustrated. My only suggestion would be to further edit the final video because it's twice too long, especially for a "micro opera." 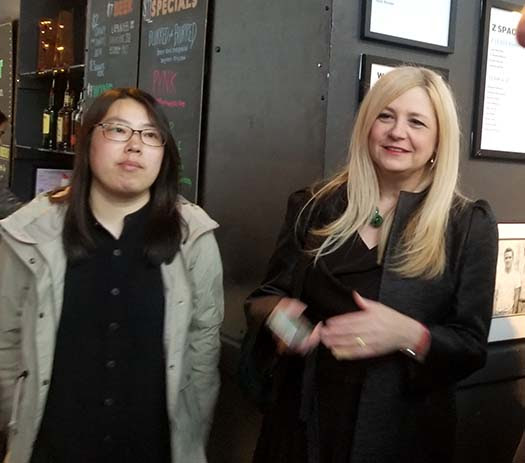 Up next was Artemisia, a 75-minute chamber opera composed by Laura Schwendinger (above right) from a libretto by Ginger Strand about the 17th century Italian painter Artemisia Gentileschi. In 2010, I had heard a long, complex, and brilliant violin concerto by Schwendinger at the SF Conservatory conducted by Nicole Paiement, and the chamber score she has written for Artemisia is similarly absorbing.

Artemisia is Schwendinger's first opera, and her vocal lines were not half as interesting as the seven-member orchestra's music, although there were moments when Kyle Stegall, Marnie Breckenridge, or Nikki Einfeld were singing that the vocal score briefly soared. (From left to right, Nikki Einfeld, Jonathan Smucker, Kyle Stegall, Betany Coffland, Marnie Breckenridge, Igor Vieira.) 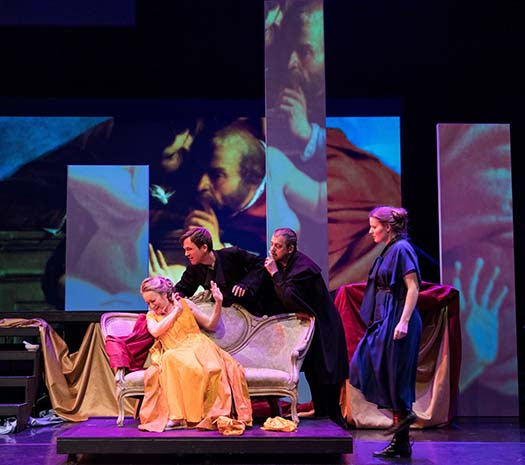 Ginger Strand's ambitious libretto is framed by the middle-aged artist's final days where she is losing her sight and is being tended to be her assistant Tommaso who was sung by tenor Kyle Stegall with sweetness of tone, musical accuracy, and perfect English diction. Mezzo-soprano Bettany Coffland played the titular artist, and she was less than compelling in her acting and singing as we slipped through time and space to her rape by a trusted artistic mentor, leading to her many paintings that touched on female victimization and revenge. Director Matilda Hofman kept most of these time/space leaps smooth and intelligible. (From left to right Marnie Breckenridge, Jonathan Smucker & Igor Vieira playing various baddies, and Betany Coffland as Artimisia.) 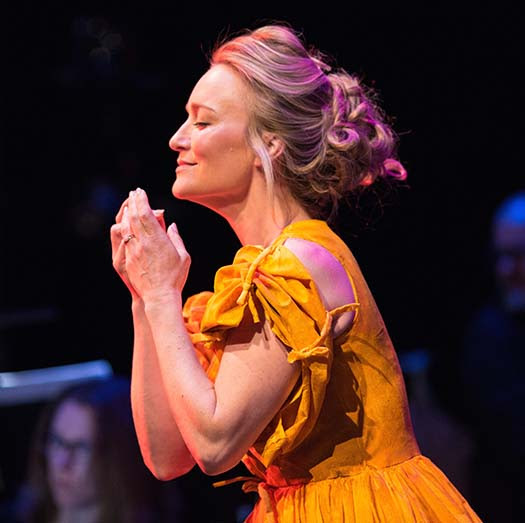 Marnie Breckenridge played the biblical Susannah tormented by dirty-minded elders, and every time she appeared the opera grew in intensity. Just a month ago in the same Z Space theater, she performed as Georgia O'Keefe's best friend Rebecca Strand in Today It Rains for Opera Parallele, and this is the second time I have seen her almost walk off with the show. (All production photos are by Vivian Sachs, and all candids by Jim Horn.)