Patricia Kopatchinskaja: From Moldova to Ojai at Berkeley 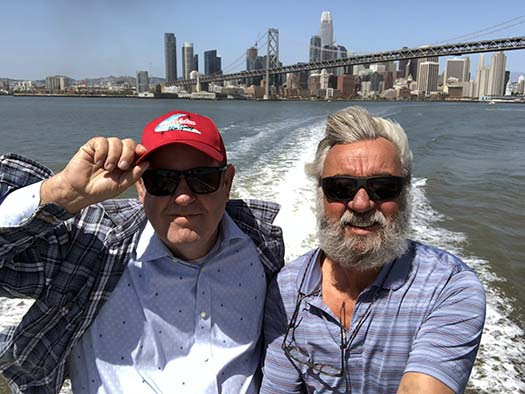 Last Saturday we hopped on a ferryboat from San Francisco to the East Bay for a day of fun, food, friends and lots of live Eastern European music in Zellerbach Hall at UC Berkeley. It was part of the annual Ojai at Berkeley festival where the week-long contemporary music festival in the Southern California foothills brings a condensed version of each year's program up north.

This year the music director was the violinist Patricia Kopatchinskaja, and the short afternoon program started with wildly exuberant traversals of Moldovan folk music with her father Viktor Kopathinsky on cimbalom and her mother Emilia Kopatchinskaja on violin. Maria Krykov grounded the group on double bass. 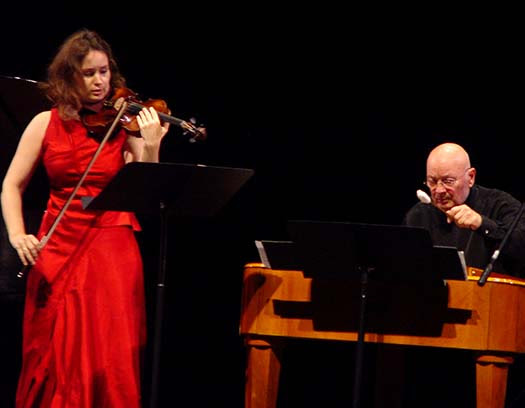 Patricia on violin and Viktor on cimbalom joined forces for dry miniatures by György Kurtág, the 1961 Eight Duos for violin and cimbalom. 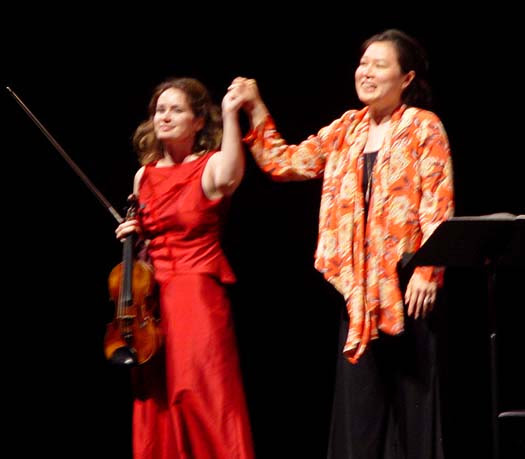 The major piece of the afternoon was George Enescu's 30-minute Sonata #3 for violin and piano in a performance by Patricia Kopatchinskaja and Amy Yang. It's a gorgeous, spikey piece with the sounds of a Roma camp in the final movement, and the performance was terrific.

In the evening concert, Kopathinskaja was joined by the young, multinational Mahler Chamber Orchestra out of Switzerland. They started off with Bartok's 1939 Divertimento for Strings, the composer's last major orchestral piece before the Concerto for Orchestra, and was amazed that I had never heard it before. It's complex and beautiful with enough melodies and ideas for a work twice its 30-minute length. The performance and music was so vivid that Stravinsky's L'Histoire du soldat Suite which followed sounded a bit like weak tea.

After intermission we had the crowning work of the entire day, Ligeti's 1993 Violin Concerto with the cellist Philipp von Steinaecker resting his instrument and standing on a podium to conduct. The five-movement work reminded me of the earlier Bartok in its fecundity of ideas. Plus it is imbued with full-on Ligeti weirdness which spans everything from old-fashioned Romantic tunes to ocarinas insinuating themselves into the middle of a soulful violin solo. The cadenza in the final movement is up to the performer and Kopatchinskaja used her own which included the orchestra standing and singing one of the themes to her. It was fabulous. 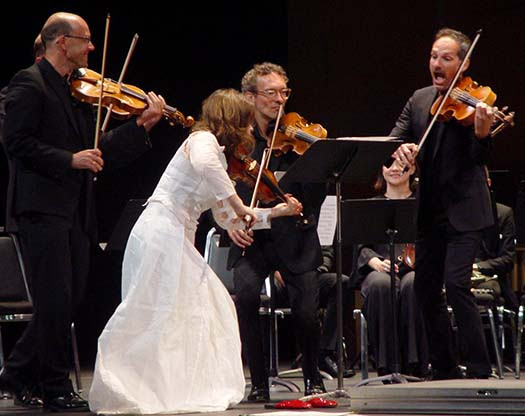 The encore was theatrical and charming, with Patricia inviting one violinist to join her in what sounded like a Romanian folk tune, who was then joined by a couple of other violinists. 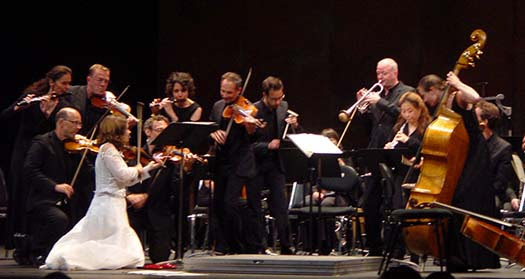 Eventually the entire chamber orchestra joined her for a rousing finale. If you ever get a chance to hear Kopatchinskaja or the Mahler Chamber Orchestra for that matter, go.
Posted by Civic Center at 4:28 PM