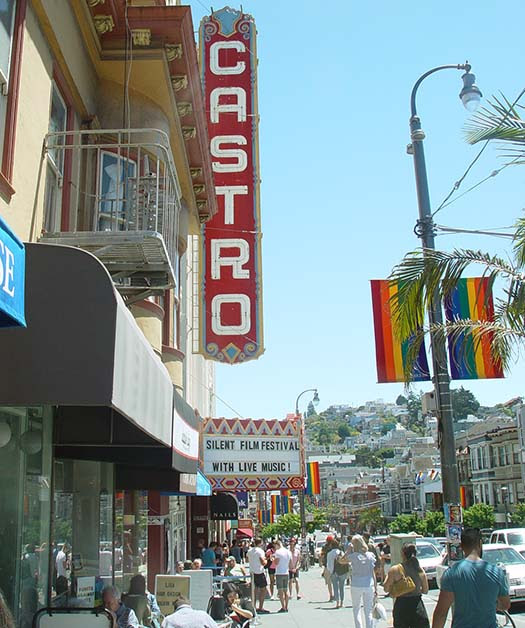 Based on the three films I saw over the weekend and from the accounts of a few die-hard cineaste friends, the 23rd annual San Francisco Silent Film Festival at the Castro Theater was a stupendous success. 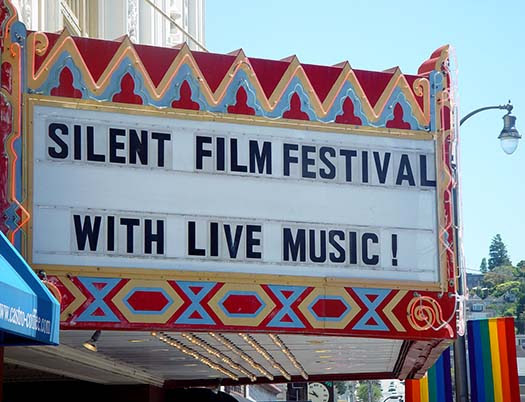 With over 20+ films and a half-dozen accompanying musical ensembles from all over the world performing over a four-day span, this was an extraordinary event. 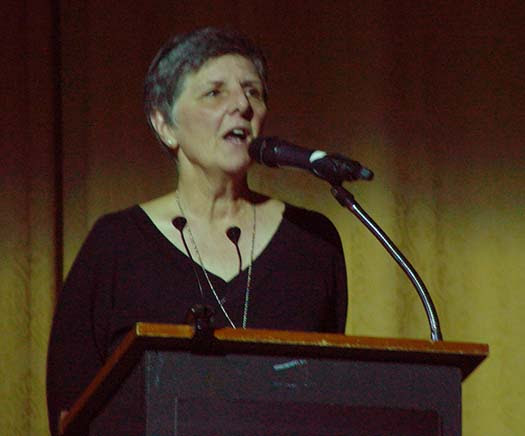 Crucial to the success of the festival is film programmer Anita Monga above who is one of the greatest cultural treasures of San Francisco. On Saturday afternoon, Monga introduced the legendary British film historian, author, filmmaker, and editor Kevin Brownlow below. 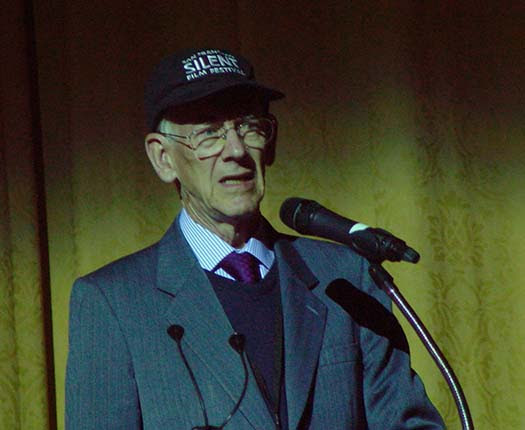 Brownlow was celebrating his 80th birthday that day, and after the audience sang Happy Birthday to him, Brownlow introduced the film he had helped restore and chosen to be shown for the occasion. Mare Nostrum is a World War One epic filmed on location throughout the Mediterranean. Directed in 1926 by Rex Ingram, Brownlow noted that the newly restored two-hour film had originally been hours longer but that MGM had undercut the director at every turn. "You could say that this beautiful movie was Ingram's Greed," Brownlow said, referring to the butchered silent film of Erich von Stroheim. 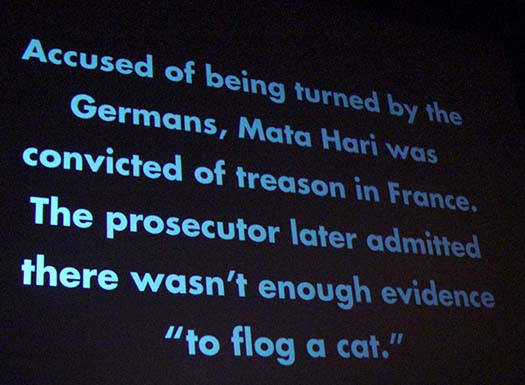 The main female character, played by the director's wife Alice Terry, was loosely based on Mata Hari. 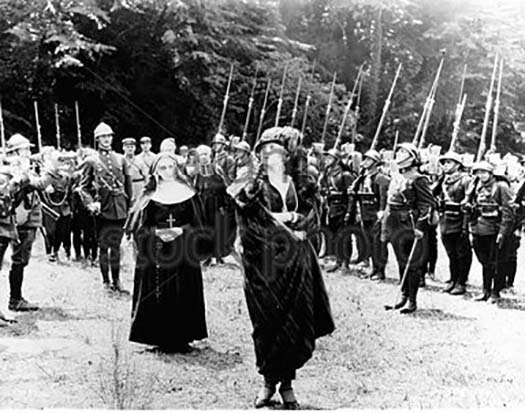 Her firing squad execution scene was fabulous, bizarre and disturbing. As Brownlow notes in the gorgeous festival program booklet, "Perhaps the finest sequence Ingram ever shot was the execution of Freya. For the sake of atmosphere, he hired the same bugle band that had attended the execution of Mata Hari. The 24th Battalion de Chasseurs Alpins, "the Blue Devils," also appeared in the sequence, photographed at Vincennes where such executions had so frequently been carried out." 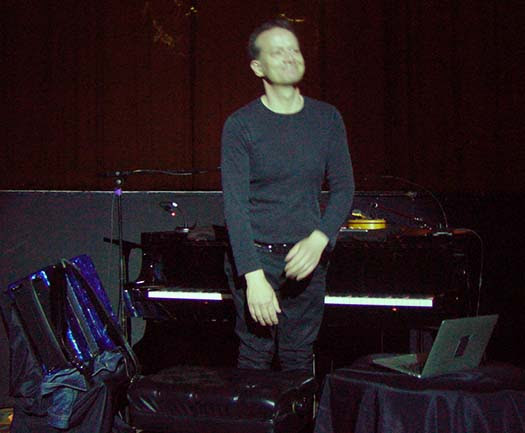 Accompanying the film was the extraordinary pianist/flautist/accordion player Stephen Horne, whose previous outings that I have heard tended to be gentle and delicate, but for this film with its scenes of submarine warfare and wild chases in the alleyways of Marseilles, he provided a rambunctious score... 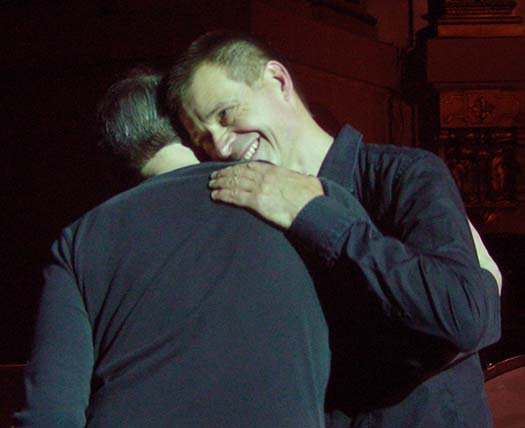 ...made even more raucous with the participation of percussionist Frank Bockius above. 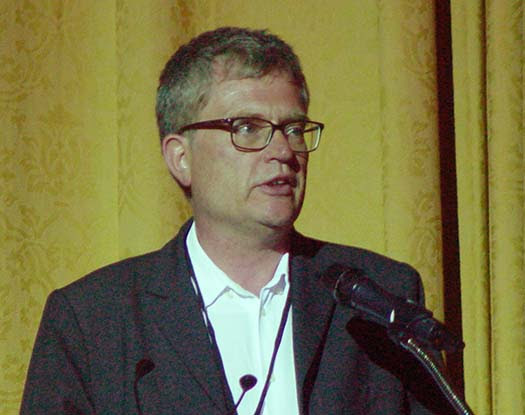 Saturday evening started with an award to Jon Wengström of the Swedish Film Institute, which has just put together a major reconstruction of the 200-minute Swedish masterpiece from 1924, The Saga of Gösta Berling. Based on a sprawling novel by the first female Nobel laureate, Selma Lagerlöf, and directed by the great Swedish film director Mauritz Stiller, this was one of the most interesting moviegoing experiences of my life. 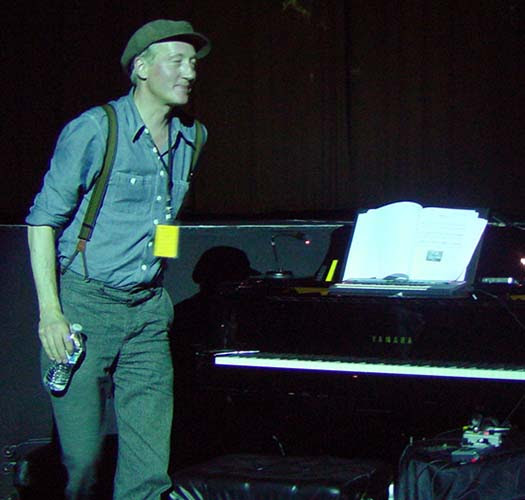 The film is historically famous but most people didn't know why, because it was usually shown in a 90-minute version that was fragmentary at best. It wasn't until this century that a restored, 180-minute version was assembled by the Swedish Film Institute which was released on a 2005 Kino DVD with a trance-like, minimalist score by the Matti Bye Ensemble. On Saturday, a newly expanded (by 16 minutes) version was being shown in the U.S. for the first time and the Swedish ensemble was there to play their expanded score live (that's Matti Bye on piano above). The experience forcefully reminded me that movies are surreal by their "magic lantern" nature, and silent films even more potently so, particularly when accompanied by live, dreamy music. 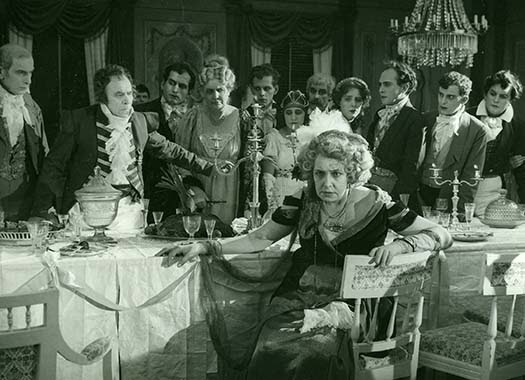 The film is now most famous for the 18-year-old Greta Garbo in her debut starring role. Her performance is interesting, and she's already breathtakingly beautiful and fabulously photogenic, but the huge cast is all great. There are two performances that stand out, starting with Lars Hanson as the titular defrocked minister who is a young, handsome, poetic, alcoholic heartbreaker who spends most of his time with the middle-aged, wastrel Cavaliers, veterans of the Napoleonic wars who have been taken in by "The Major's Wife," played by Gerda Lundequist, above center. Lundequist was a major stage actress, "the Sarah Bernhardt of Sweden," who appeared in some of the original casts of Ibsen and Strindberg plays. Her performance in this film is one of her few in the medium, and you cannot take your eyes off of her for a second. 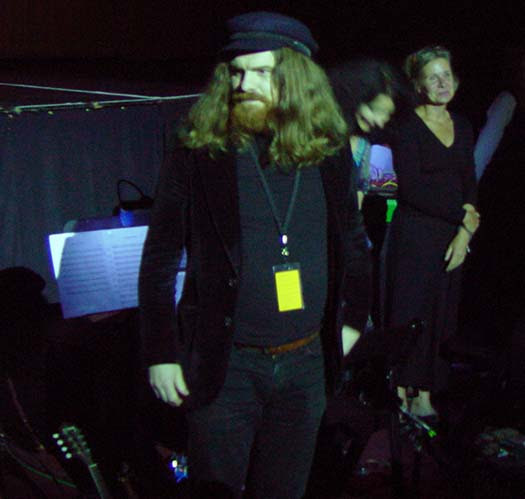 If the Festival ever decides on an encore of this film with this musical group, go. I was exhausted after a week of work and didn't think it would be pleasurable sitting through a three-and-a-half hour Swedish silent film, but left the theater at 11PM enthralled. There was a 30-minute intermission halfway through, mostly for the musicians, and I asked a number of fellow filmgoers if they thought it was going to have a happy ending. "No way!" was the consensus. "It's long, it's Swedish, and at halftime there are two women who have just been thrown out into the snow on a winter's night." So let me spoil it for you. There is a happy ending, and it involves Greta Garbo at her youthful, luminous best. 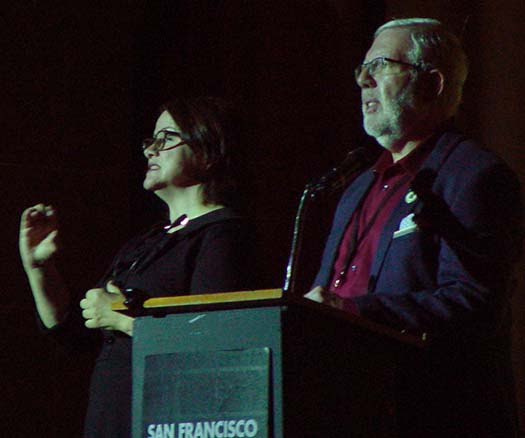 The final film on Sunday evening was a fairly obscure Buster Keaton comedy, Battling Butler, which I had never seen, and it was a complete treat, with one deadpan, brilliant sight gag after another. Not a treat was Leonard Maltin's introduction, which involved a long, boring anecdote about getting Keaton's autograph when Lenny was a 13-year-old New Jersey film nut. 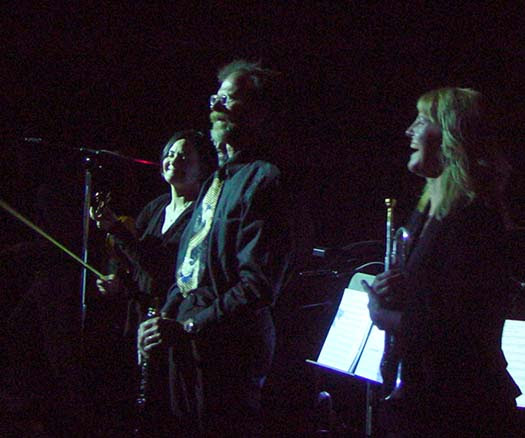 The film was accompanied by the Colorado based Mont Alto Motion Picture Orchestra, which had the most literal and traditional sound of the three musical groups I heard, and it was just about perfect for the sweet, funny film about a rich young fop (Keaton) who is sent to go "hunting and fishing to be more of a man" by his father. Romance with a country girl and absurd complications ensue, leading to Buster having to learn how to box for the national lightweight championship. 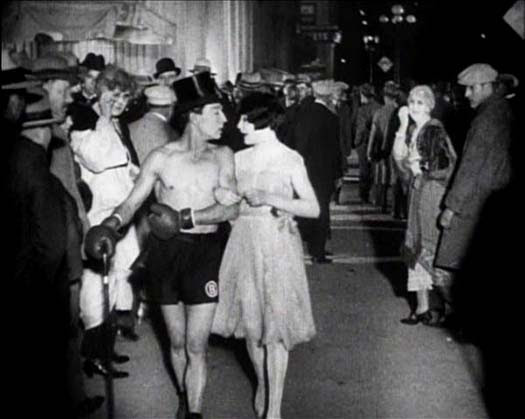 The final image had Buster with boxing trunks and gloves mixed with a top hat and cane walking his sweetie down the sidewalk in front of the New York boxing arena. It was a perfect ending for the festival.
Posted by Civic Center at 8:40 PM

It's best to take part in a contest for among the best blogs on the web. I'll recommend this site! casino play