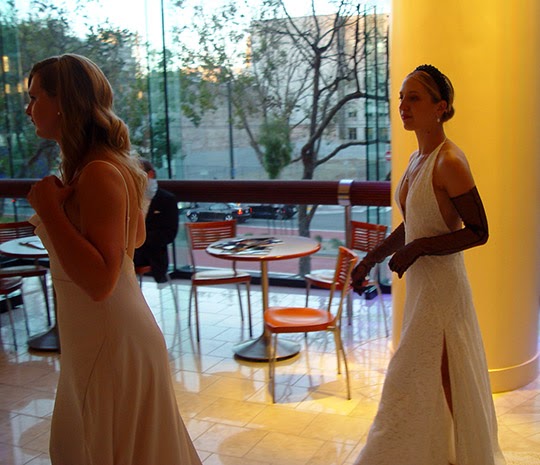 ...float across the polished lobby floors of Davies Hall. 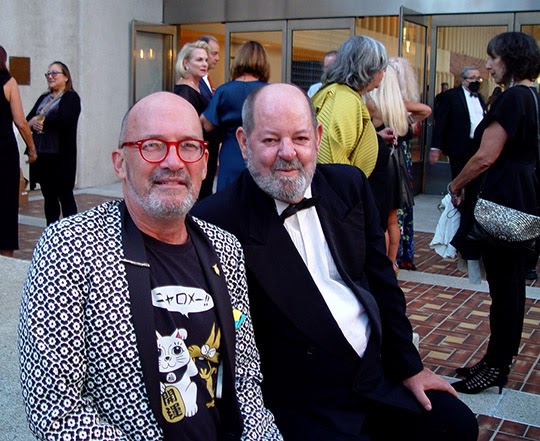 The Symphony offered a special pre-party outdoors for what is left of the jackals of the press, including this blogger in a tuxedo and David Latulippe, known among arts enthusiasts as The Voice of KALW. 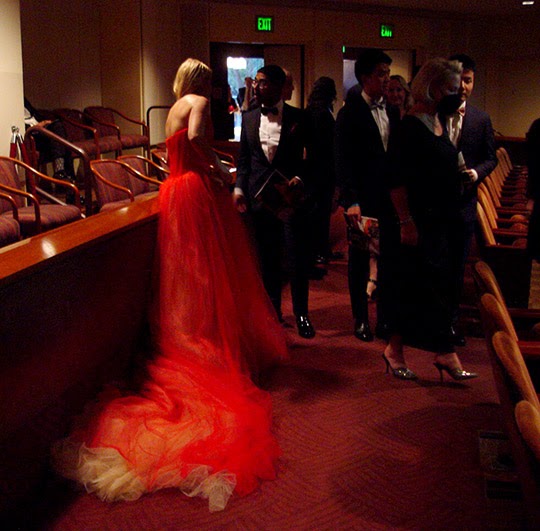 This year's edition of the Gala was not as lavish as in years past, appropriately acknowledging the reality of pandemic and fragile economies, but there were plenty of moments of fabulous excess such as this woman's red dress that would not fit into any seat. 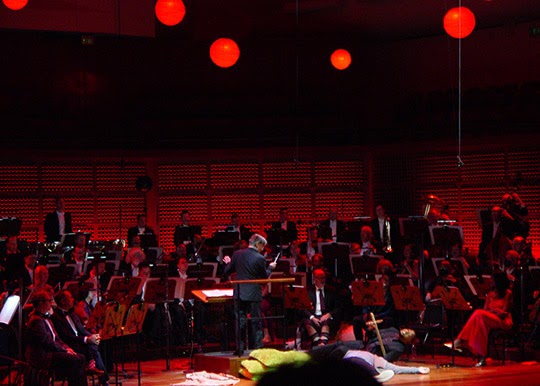 The entertainment for the evening was the incidental music Felix Mendelssohn wrote in 1842 for a German production of Shakespeare's A Midsummer Night's Dream. 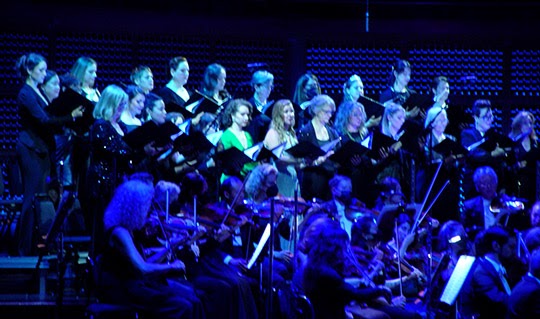 The Overture, which Mendelssohn wrote as a teenager in 1826, is a classical radio staple, and his Wedding March from the 1842 suite has been used at every other wedding in the Western world ever since. However, I'd never heard the full incidental music before, which included a women's chorus and lovely magical forest melodies.

Professional actors from the local African-American Shakespeare Company were the core cast of a stripped down version of the play that was performed in between musical movements. They were wonderful, funny and had perfect diction. Unfortunately, they were joined by local celebrities, reading off scripts, and generally being clumsy. It didn't matter. The Tragedy of Pyramus and Thisbe still made me laugh uproariously. 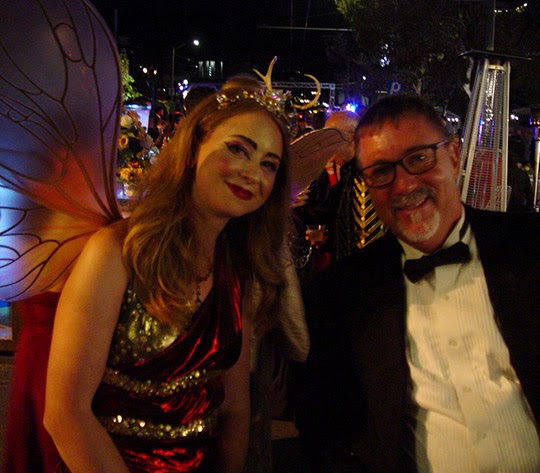 A local circus troupe was hired to add color to the outdoor after-party on Grove Street, and they were charming... 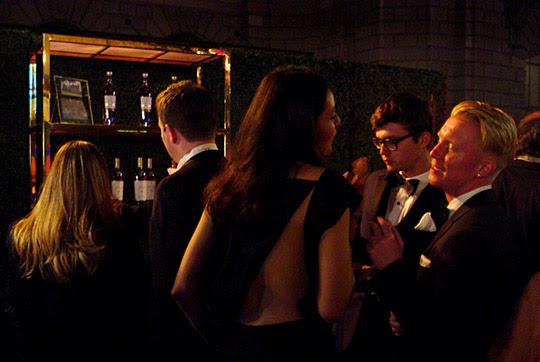 ...as we watched young swells drink expensive scotch on the streets... 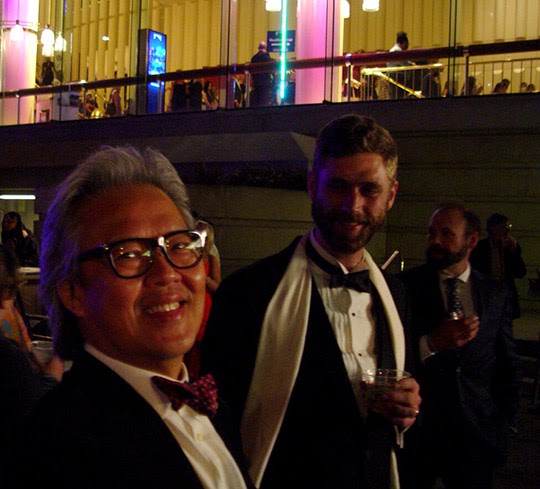 ...and musical artists like Chung-wai Soong above hold court in their own arena. 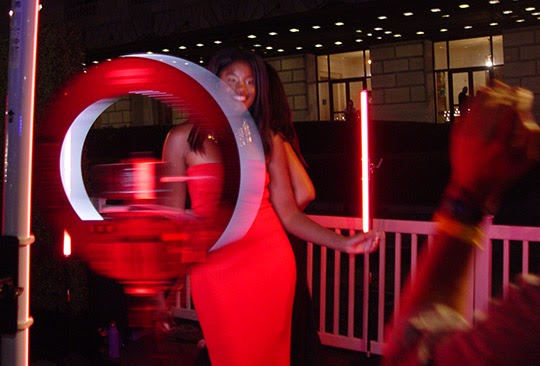 It was a lovely party.
Posted by Civic Center at 8:13 PM

I love the Mendelssohn; such a beautiful and charming score!

There are more than the five numbers they played if you're doing the entire score. Wikipedia has the story.

The Haitinck / Concertgebouw recording has the whole score...I think...It's very beautifully played, from the 60s or 70s. No ophecleide, I'm pretty sure.