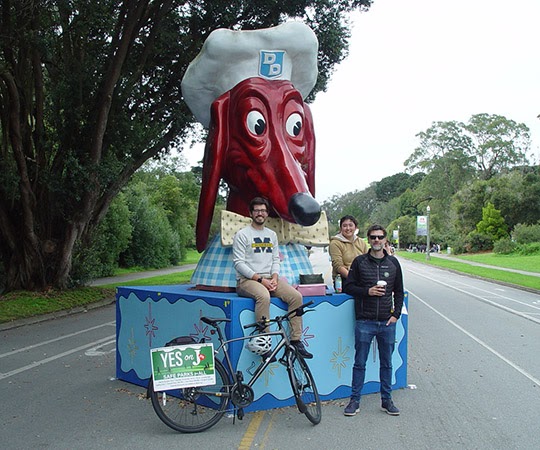 Young political activists for San Francisco's Proposition J were sitting on a Doggie Diner head planted in the middle of JFK Drive in Golden Gate Park on Saturday afternoon. 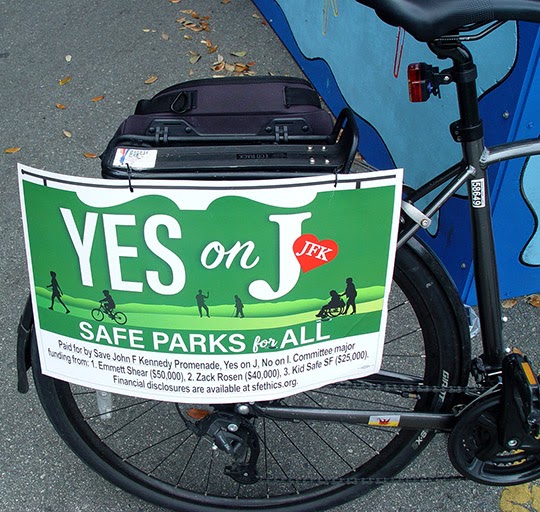 Residents of the Richmond and Sunset Districts in the city's western half exist in a strange limbo of urban and suburban. They are city denizens but most live a car culture life and two of their major thoroughfares, the Great Highway on the Pacific Coast and JFK Drive in Golden Gate Park, have been shut down during the pandemic. They are furious that neither are coming back post-pandemic and created a grassroots petition campaign to overturn the bans with Proposition I on next month's ballot. The countervailing Proposition J has nothing to say about the Great Highway, but is a vote to keep JFK Drive permanently auto-free. 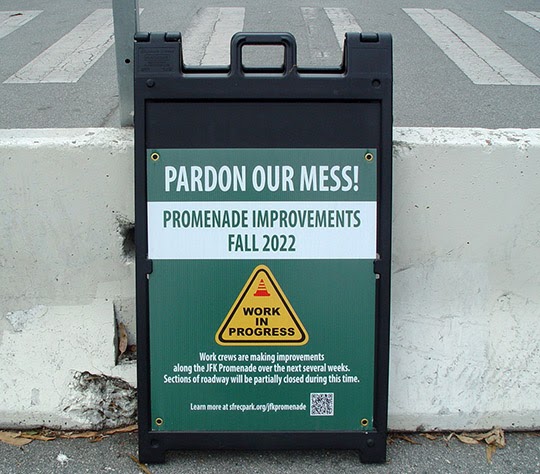 San Francisco politics are provincial and incestuously corrupt but sometimes they do the right thing, and the power broker consensus right now seems to be that JFK Drive will be car-free forever because they have given it a name with signage, "The JFK Promenade." 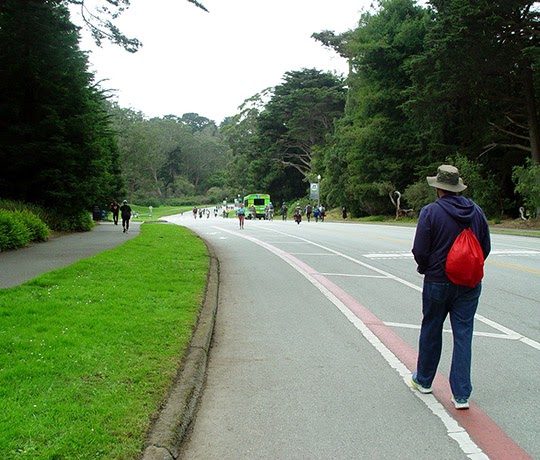 Proposition N on the ballot deals with the Golden Gate Parking Garage at 10th Avenue and Fulton, which the city is trying to take over from the outrageously dysfunctional nonprofit that has been running it for the last two decades. Click here for the great Kids Safe SF website which has a smart, enlightening history of the garage and suggestions for change. 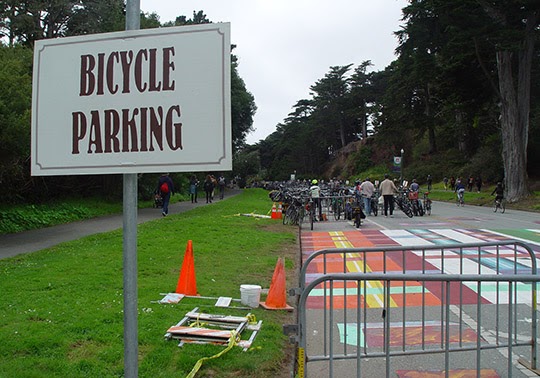 Here are a few of their salient points: "1998’s Proposition J mandated the creation of a “pedestrian oasis” in the heart of Golden Gate Park, but that promise never came to pass. 6 of 7 garage board members are museum insiders...The garage board could enact solutions like more ADA parking, lower parking rates, and affordable parking for employees, but for 15+ years they have chosen not to. The museums pretend they have no influence over the garage, which is disingenuous. The DeYoung stated: “We’ve also been advocating for lowered rates in the garage but to little effect” dodging the heavy overlap between the garage board and museum insiders." 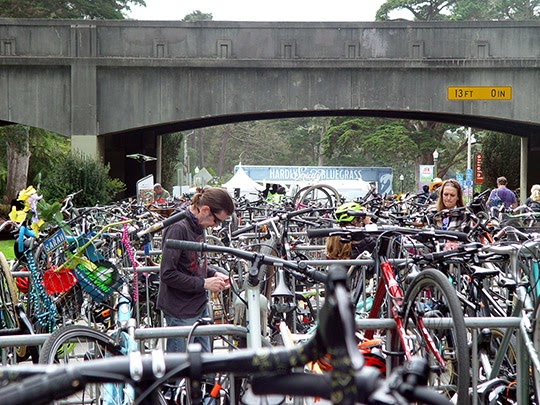 "The garage is overpriced: The music concourse garage is nearly as expensive as the SFMOMA garage ($33 daily maximum vs. $35). The garage is underutilized: According to their own IRS filings and pricing history, on average the garage was 28% full in the 5 years prior to the pandemic." Vote yes on N and J is all I have to say. 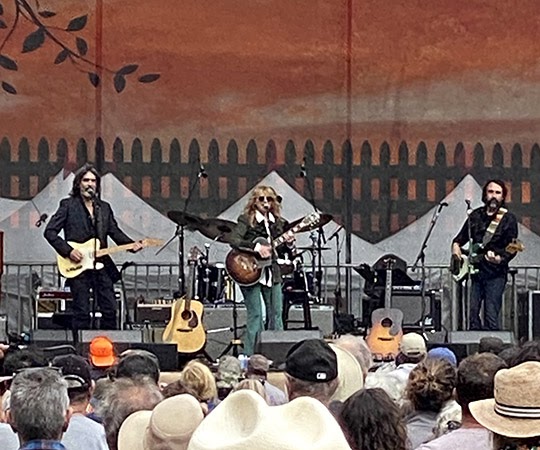 It was a joy to see thousands of people making their way to the free Hardly Strictly Bluegrass Festival without driving cars. I'm not a fan of claustrophobic general admission events, but was very happy to stumble across Larry Campbell and Teresa Williams, an old married pair of high level country/rock/jazz session musicians, who gave a joyful, exquisite performance.
Posted by Civic Center at 8:09 PM