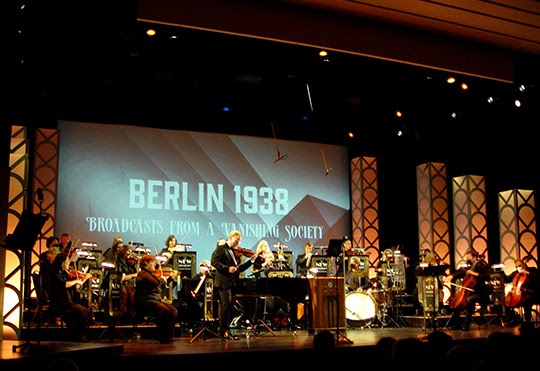 The New Century Chamber Orchestra opened their season last weekend at the Presidio Theatre with Berlin 1938. It was an ambitious show looking at the year, month-by-month, in Germany and the United States through the lens of songs and snippets of radio broadcasts from the tumultuous year. 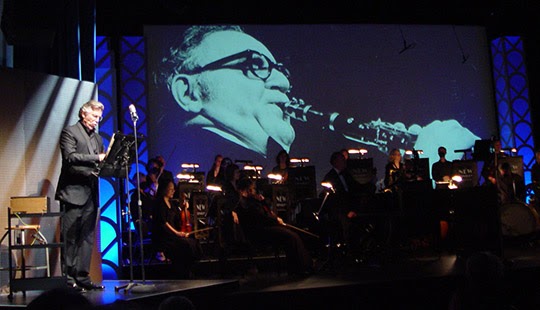 The veteran operatic baritone Thomas Hampson boomed out news tidbits, serious and trivial, with projections by Hana Kim illustrating many of them, such as Benny Goodman and his racially integrated orchestra making their debut at Carnegie Hall. 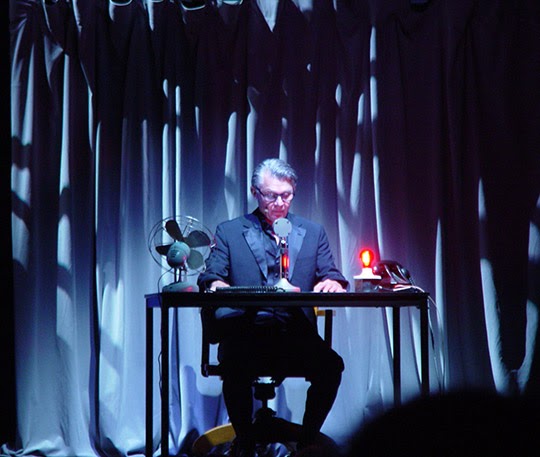 On the other side of the stage, Horst Maria Merz mirrored Hampson with news from Germany, as its Jewish population was being squeezed into exile and death. 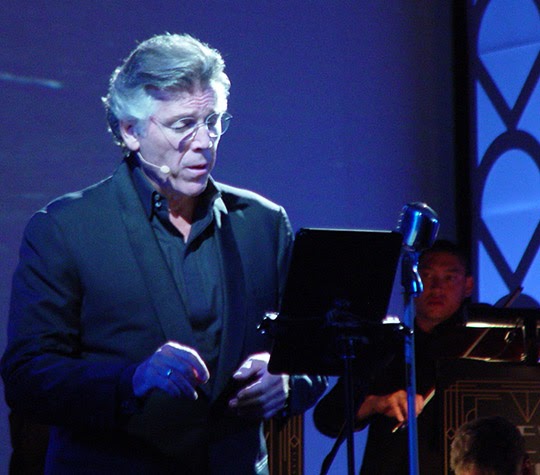 The English songs ranged from Strange Fruit, written by the German exile Abel Meeropol, to Cole Porter's Begin the Beguine, which became a worldwide hit in 1938 with bandleader Artie Shaw's famous arrangement. 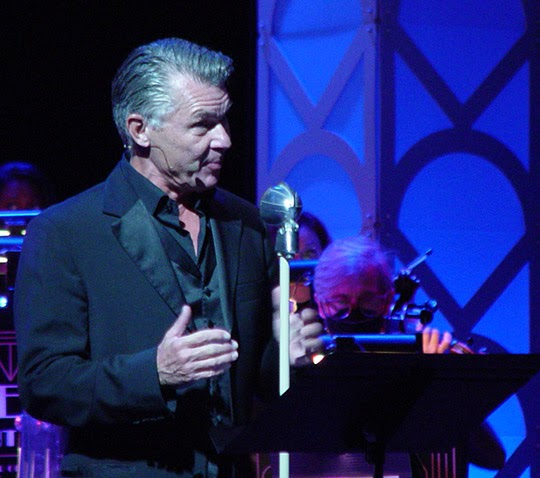 The German pieces were mostly a strange, powerful stew of darkly satirical cabaret songs that charted the darkness closing in, and the "chansonnier" Horst Maria Merz was simply fantastic. You didn't even have to understand German to catch every syllable and nuance of songs from Hanns Eisler (On Suicide), Mischa Spoliansky (Barbed Wire Song), and George Kreisler (Strike 'em Dead). 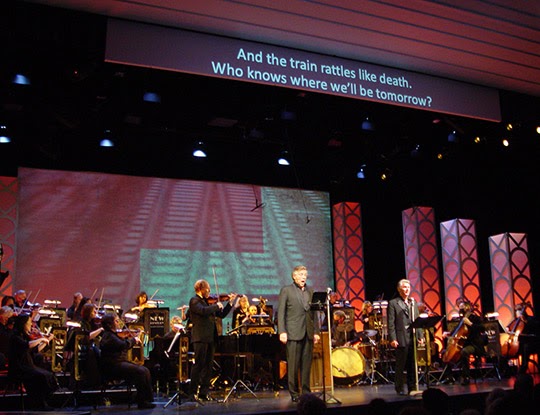 The Presidio Theatre opened in 1939 on the former Presidio Army base, which deteriorated over time and was restored as an Art Deco masterpiece to the tune of $40 million in 2019. (Click here for an article by Janos Gereben on the transformation.) Its refurbished design was a particularly apt setting for the show, with brilliant contributions by Lighting and Scenic Designer Luke Kritzeck. 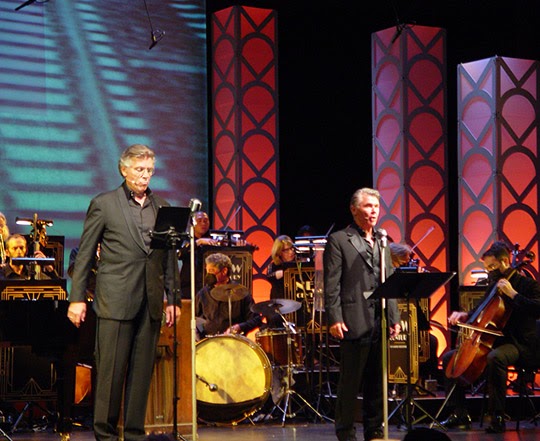 The first half of the show felt scattered, with narration about the newest Ford car alternating with pronouncements on the latest prohibitions on Jews, but the second half accumulated power as fascism cemented its stranglehold, culminating in November's Kristallnacht. The penultimate capper was Hampson singing Ravel's arrangement of the mournful prayer, Kaddish. 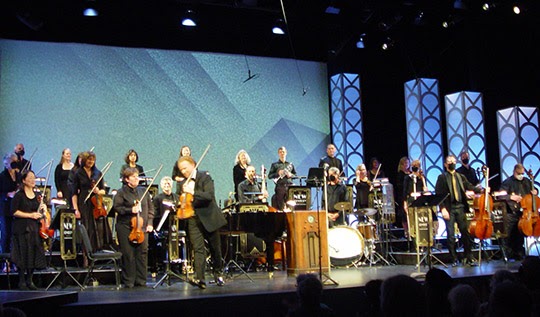 NCCO is a string orchestra specializing in classical music, but they transformed into a swing band and cabaret orchestra quite nicely under Music Director Daniel Hope. They were augmented by pianist Peter Grunberg who was also the Artistic Director of the show, Christy Kim on flute, Mary Fettig on clarinet/saxophone, Artie Storch on percussion, and the excellent John Freeman (below) on trumpet. 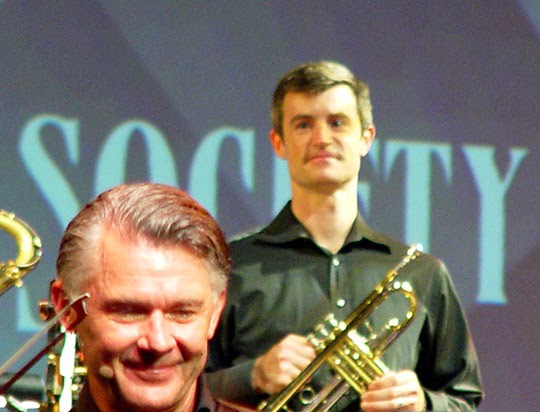 The real star, however, was the extraordinary Horst Maria Merz who finished the show sitting on the stage while crooning Norbert Schultze's Lili Marleen with rewritten lyrics that had Hitler hanging from a lamp pole at the end.The parallels to what has been occurring in the United States over the last six years went unmentioned, but were chillingly obvious.
Posted by Civic Center at 10:42 AM