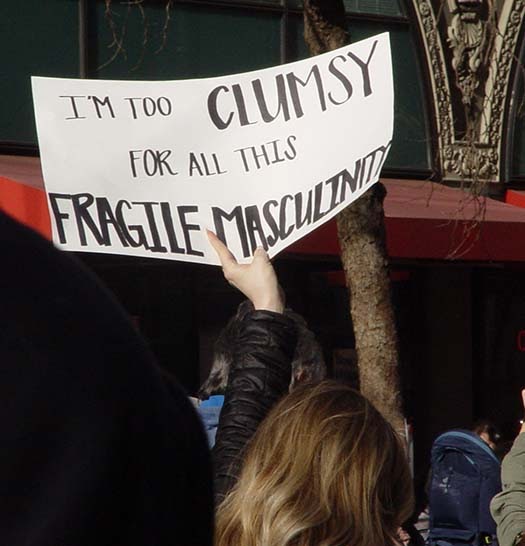 The loathsome March for Life flooded the Civic Center neighborhood today for their annual Market Street march opposing abortion, and as an antidote here are a few photos from last week's annual Women's March down the same route. 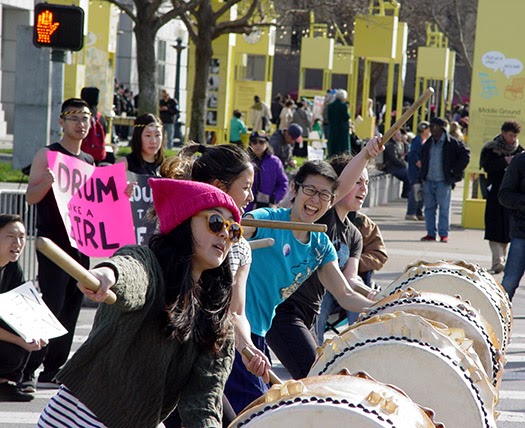 Best musical contingent was the mostly female Taiko drum group on Larkin Street with somebody holding up a sign that read, "Drum Like A Girl." 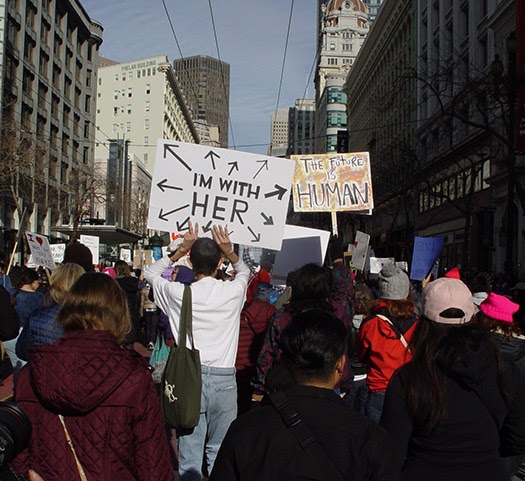 The half million plus people who showed up for the first Women's March just after Trump had been elected president of the U.S. has dwindled to about 50,000 through exhaustion and depression after three years of everyone's worst fears coming true. 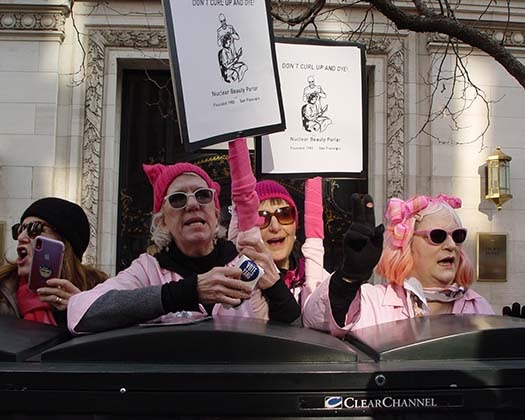 But it's important to stand up, represent, and push back against what are essentially evil forces raging through the world right now. I'm reading the Aenead by Virgil on my work commute, and just when the Trojans have finally found a home in what is to become Italy after many misfortunes, the powerful goddess Juno decides to let hell loose in the form of a Fury with snakes on her head who poisons people's souls with lies and hatred. I have a feeling the second half of the epic poem is going to be an all-out, useless, needless war. That particular Fury seems to have returned with a vengeance these days, and can only be countered by women like the above from the Nuclear Beauty Parlor with their "Don't Curl Up and Dye" signs. 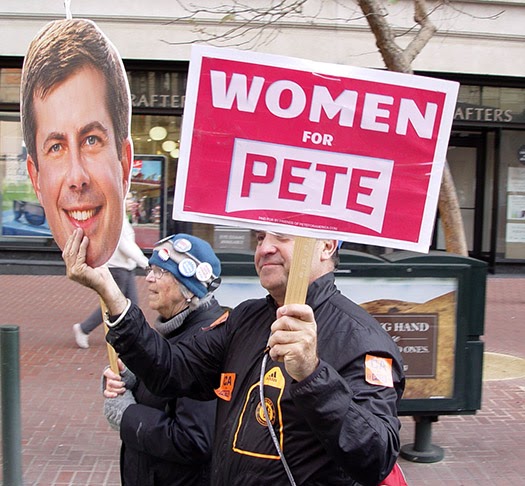 There were contingents for various Democratic Presidential candidates in the parade, and it was amusing to see a dude holding a "WOMEN FOR PETE" sign as he canvassed his way down Market Street. 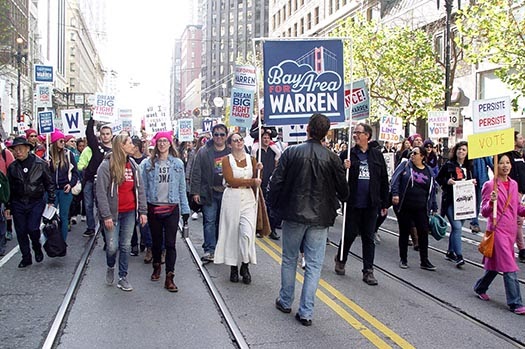 I ran into a young man with a Bernie Sanders sign next to the Elizabeth Warren contingent and I asked him if he was intentionally trolling the group right behind him. He laughed and said, "No, I just fell behind from the Bernie group." I'm going to be voting for Elizabeth Warren in the upcoming March primary, and am putting many wishes out there for her success because the country and the wider world would be very lucky to have her at the helm of our crumbling, out-of-control American empire.

The thing about Warren: she seems smart enough about bureaucracy to actually do the job. So rare in politicians!

Good point. Her mixture of sincerity, smarts, and empathy combined with knowing how government actually works (and doesn't work) is unusual.