Noguchi and Hasegawa at the Asian Art Museum 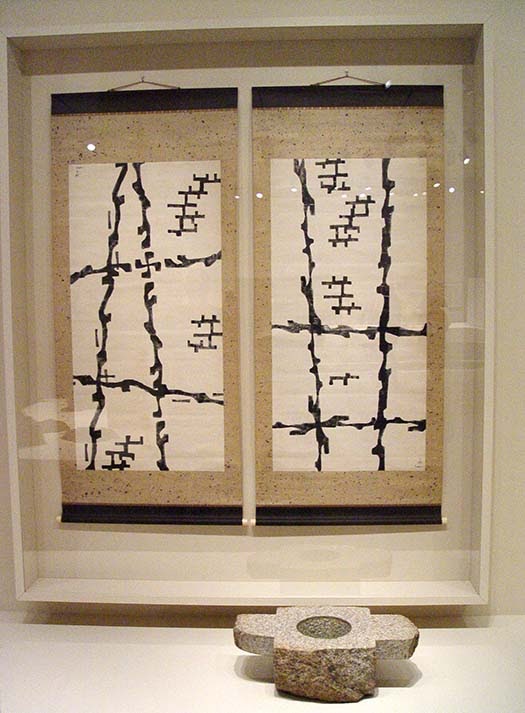 There is a wonderful exhibit at the Asian Art Museum featuring the work of Isamu Noguchi (mostly sculpture) and Saboru Hasegawa (mostly woodblock prints). 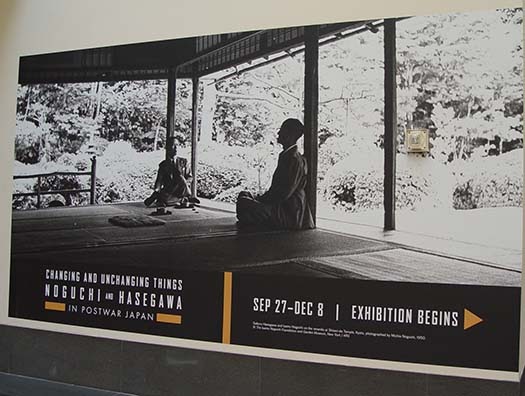 Born in the first decade of the 20th century, they both had complicated, interesting artistic lives that fused traditional Asian forms with modern Western art. Both studied with artists in Paris during the early 1930s and both were locked up in internment camps during World War Two, Hasegawa in Japan for his pacifism and Noguchi in the United States for his ethnicity. According to an informative article by Tony Bravo about the exhibit in the SF Chronicle, "During Noguchi’s 1950 tour of Japan, Noguchi traveled to the country in an attempt to reconnect with his father’s Japanese family roots. Hasegawa, then working as a teacher, was fluent in English and became Noguchi’s tour guide...As the artists toured Buddhist sites and traditional gardens, and met traditional art makers in Japan, an exchange developed between them." 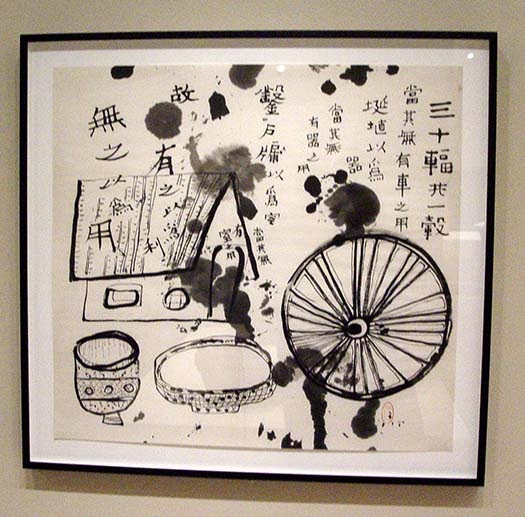 The friendship was deep and productive, and this exhibit focuses on work created by both of them during the seven years before Hasegawa's early death at age 50 of cancer in San Francisco, where he was teaching at the College of Arts and Crafts, a job he secured through the intervention of Noguchi and Alan Watts, author of The Way of Zen. 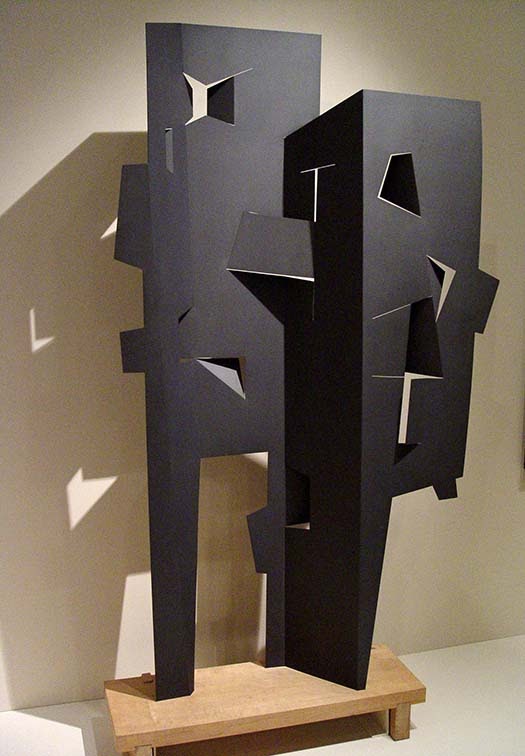 The exhibit feels a bit off-balance at first because Noguchi's sculptures dominate the two rooms... 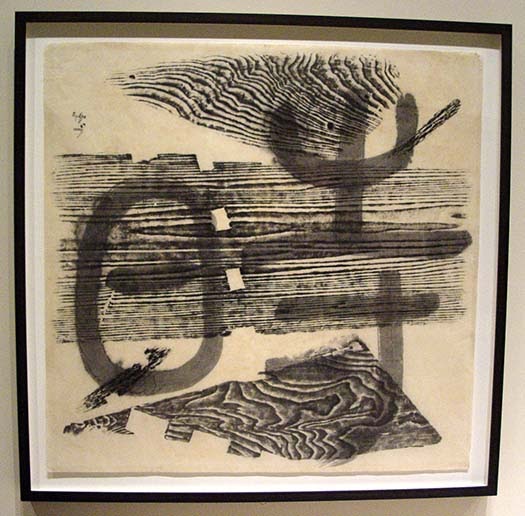 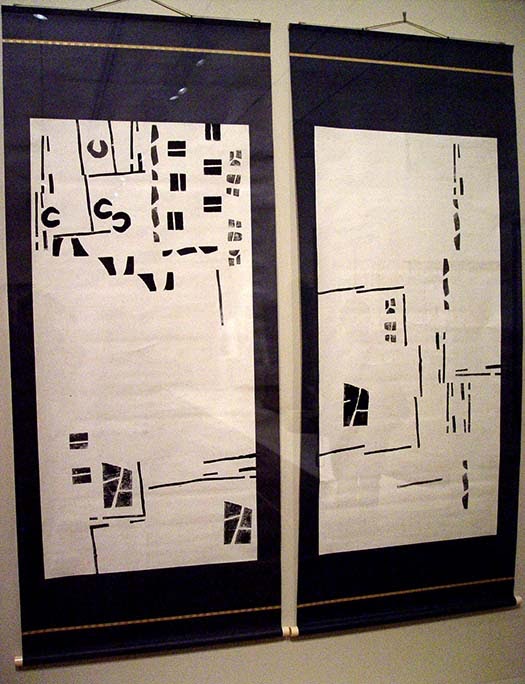 On return visits to the show, it was the Hawegawa prints that stood out for me. Some of them looked like a Japanese woodblock version of Joan Miró, with spareness and complexity residing in the same frame. 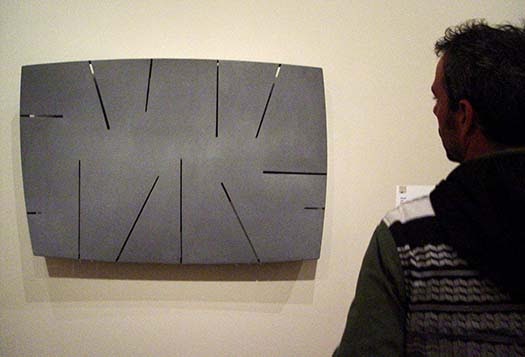 Though it's a small exhibit, I am still discovering new details and what feels like completely new works with each visit. 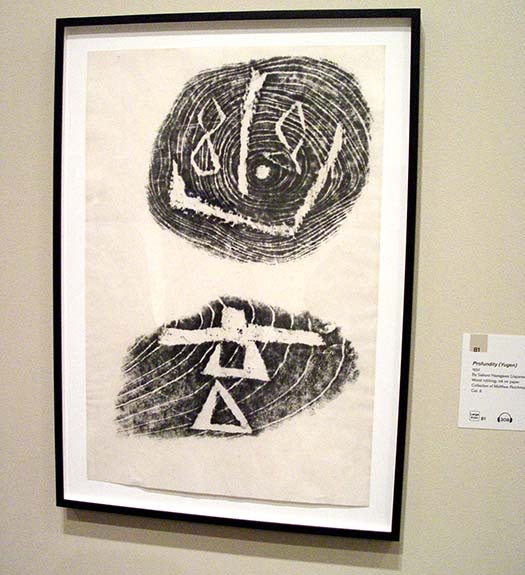 It closes on Sunday, December 8th, so if you have a chance, do check it out in the next couple of weeks. 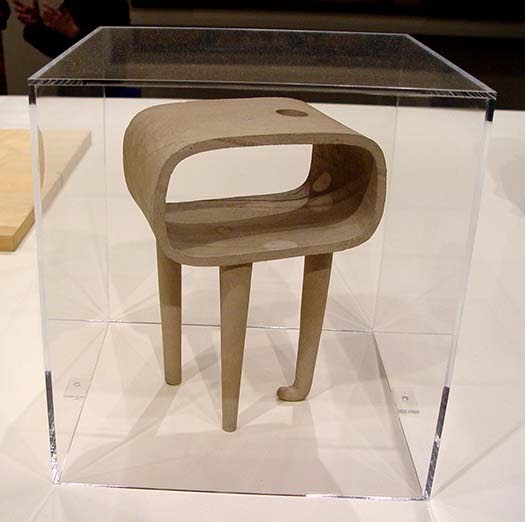 If you are in San Francisco for the holiday weekend, this Sunday, December 1st is a free admission day at the Asian Art Museum. Check it out and you can see my friend James Parr's favorite Noguchi sculpture above, the 1950 My Mu.
Posted by Civic Center at 4:00 PM