Hansel and Gretel at the SF Opera 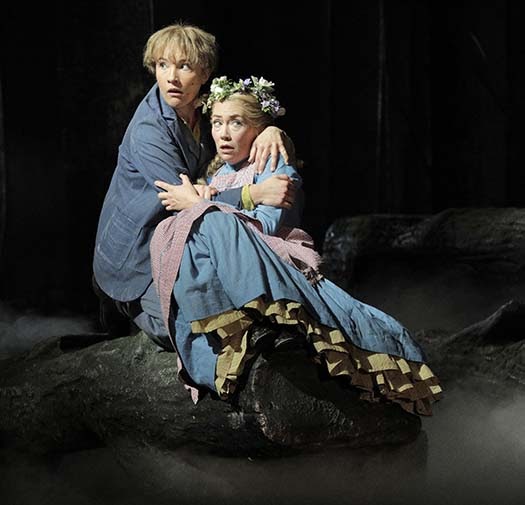 Cannibalism. Serial Murder. Child abuse. Starvation. Sugar. Even by the the dark standards of Grimm's Children's and Household Tales, Hansel and Gretel has always struck me as especially brutal. Thomas Pynchon wrote a scatalological riff on the fairy tale in his novel, Gravity's Rainbow, and the Yugoslavian film director Dušan Makavejev used it as a subtext in his outrageous 1974 Sweet Movie. I've always been curious what the late 19th century German composer Englebert Humperdinck did with the tale in his popular opera, and finally got to see it for the first time at the San Francisco Opera last Sunday afternoon. (Sasha Cooke and Heidi Stober above as Hansel and Gretel, all photos by Cory Weaver.) 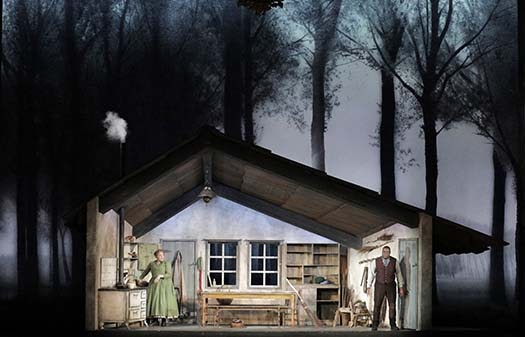 SF Opera produced Hansel and Gretel for three straight seasons, 1929-1932, and then waited 70 years to produce it again in 2002. I missed that production which was widely praised for its dark, surrealist spin, but 17 years later another British take has arrived at the War Memorial Opera House. First off, the opera itself turns out to be musically great, an intriguing mixture of German folk music and Wagnerian orchestral density. 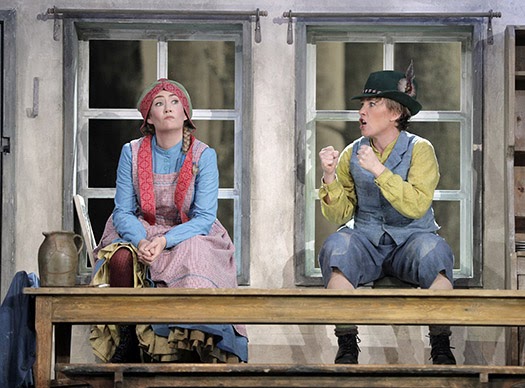 Hansel and Gretel are written for two sopranos, and both Sasha Cooke and Heidi Strober were at the top of their performing game, sounding marvelous and looking convincing as outsized children trying to survive food deprivation, a hateful mother, and a scary haunted forest where a witch wanted to eat them after a good roasting in her oven. 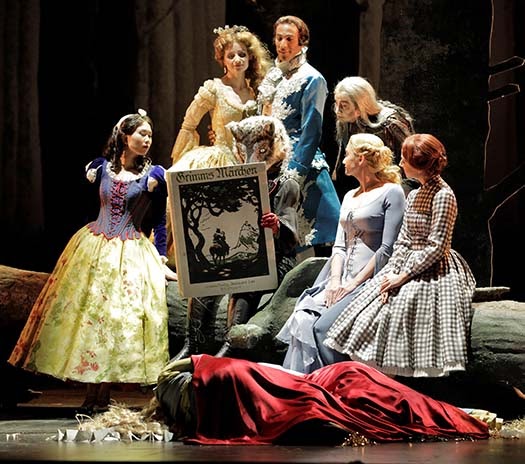 The British production designer and director of this show, Antony McDonald, creates stunning visual moments but I questioned some of his staging decisions. When the two babes in the wood are being threatened in Act II, they are protected by 14 guardian angels during the most beautiful extended orchestral music of the opera. In this version, the guardians are Disneyfied fairy tale characters which was a little too cutesy and meta for its own good. I immediately thought of Rob Lowe and Snow White at the 1989 Academy Awards which took me out of the opera completely. One of the few positive mythologies I took from a quasi-Christian upbringing was the idea of Guardian Angels, and I felt very cheated not seeing them. 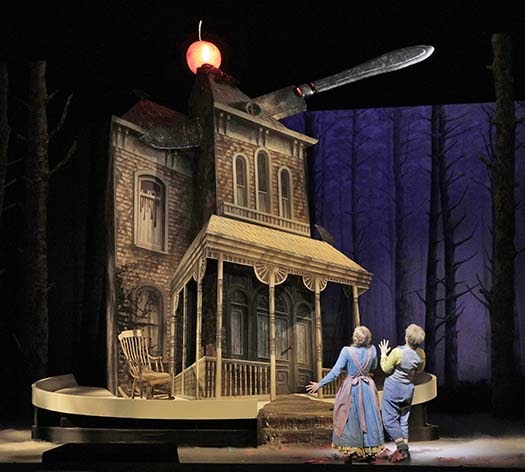 In the final act, Hansel and Gretel discover the witch's house which in this production is modeled after Hitchcock's Psycho house. 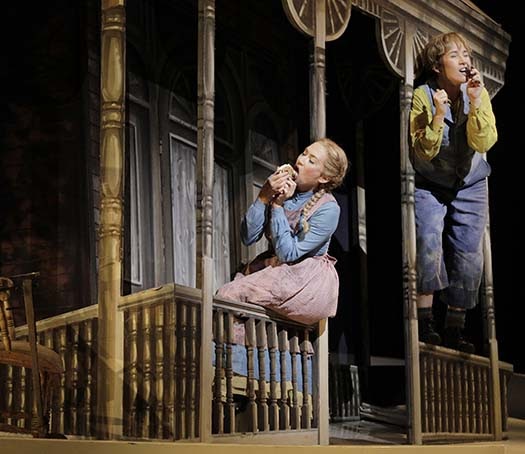 That would be fine, except that there is an extended dramatic sequence where the children are eating sugary treats that make up the house, but here it just looked like they were eating wood. It's not good to be this literal around fantasy, but a certain surreal consistency counts. That also goes for the death of the witch, which includes the satisfying physical detail of making her inspect something in the oven, then PUSHING HER IN. That doesn't happen in this production either. 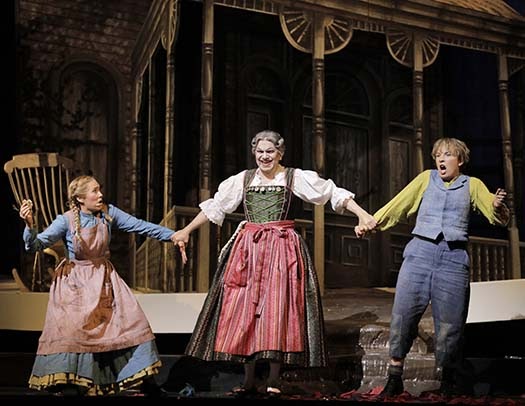 None of this particularly matters, because the orchestra under Christopher Franklin sounds so exquisite, and the performers are all wonderful, including Robert Brubaker above as a non-binary witch, along with Alfred Walker as Father and Mary Evelyn Hangley stepping in at the last minute for an indisposed MIchaela Martens as the evil Mother. "Work or starve" is her Act ! injunction towards her children and it feels utterly resonant right now.
Posted by Civic Center at 9:34 PM