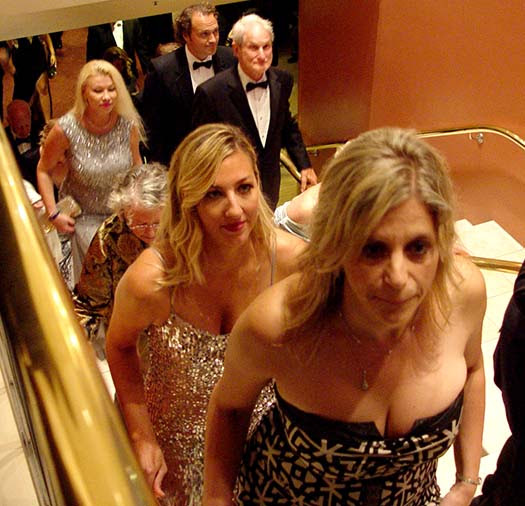 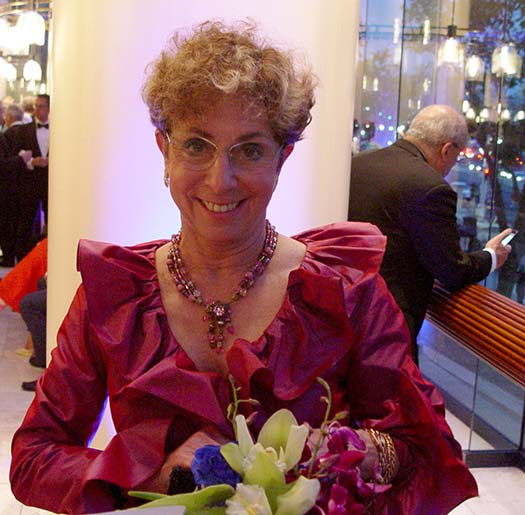 During the Prosecco Promenade before the actual concert, we shared a lobby table with the lady above, and after I had taken her photo she burst into laughter. "I was just texting my therapist about how photographers keep backing up into me while they are taking pictures of somebody else, so thank you for the boost to my self-esteem. By the way, my spouse died five months ago, and it's been hard but if he was alive, I would never be here doing something like this." 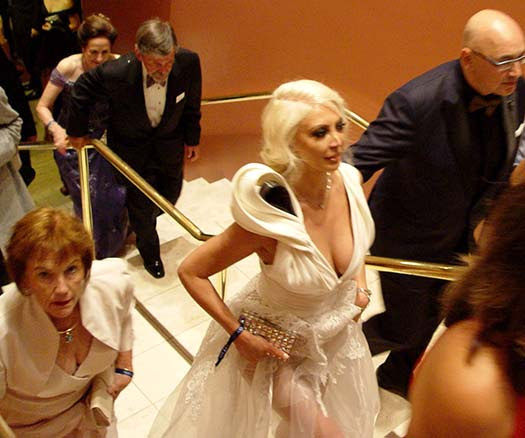 I replied, "Well, my spouse of 24 years died last November, so why don't you join us and let's go watch the rich ladies make their way from the dinner tent up the stairs to the concert?" 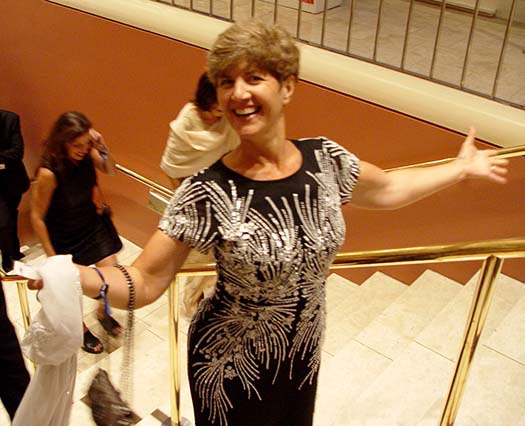 And so we did, where the recent widow ran into two old friends and there was a joyous reunion. 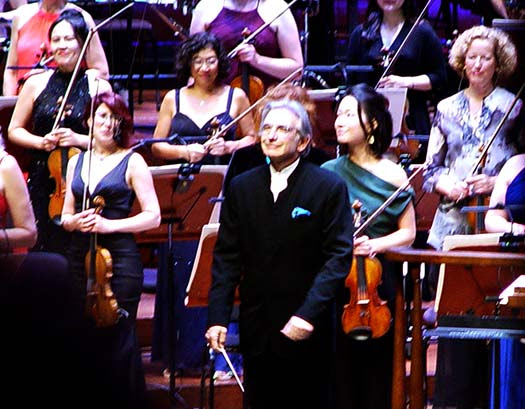 The concert, led by a genial, funny, and nostalgic Michael Tilson Thomas, was a particularly fine blend of lighter pops music and "serious" classical music. In the former category, there was Glinka's Ruslan and Lyudmila Overture, a trio of American songs orchestrated by Aaron Copland and Gordon Getty featuring baritone Ryan McKinny and the SF Symphony Men's Chorus, and a brilliant performance of Benjamin Britten's A Young Person's Guide to the Orchestra. If you have seen the Wes Anderson movie Moonrise Kingdom, the opening credits feature this series of deconstructed variations on a beautiful theme from Purcell, and the very entertaining lighting scheme pinpointed each section of the orchestra as it was being highlighted. 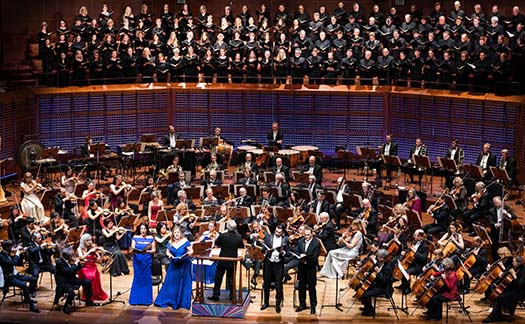 The concert concluded with the final movement of Beethoven's Ninth Symphony, with soloists Susanna Phillips, Jennifer Johnson Cano, Jonathan Tetelman, and Ryan McKinny joining the extraordinary SF Symphony Chorus in the Ode to Joy. Even though I've never been much of a fan of MTT's Beethoven, it felt like a fitting finale for the celebratory occasion. 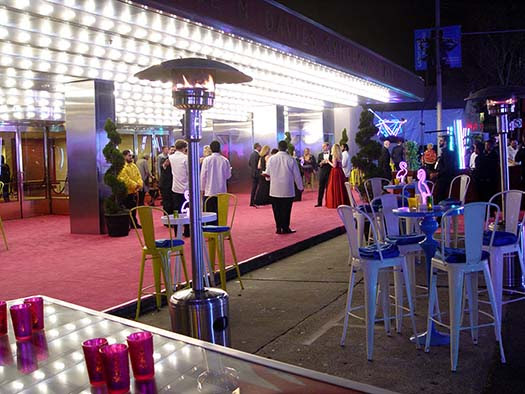 The parties in a tent over the "Lake Louise" parking lot and a closed-down Grove Street were lavish and delightful... 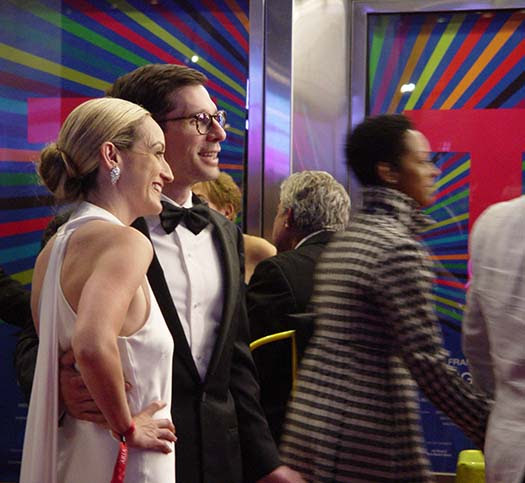 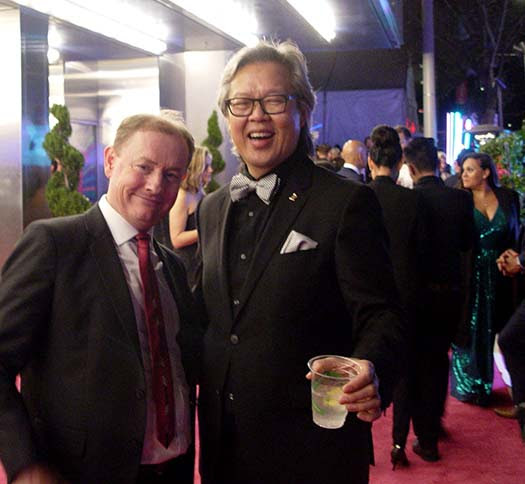 ...and running into old friends like chorister Chung-Wai Soong. 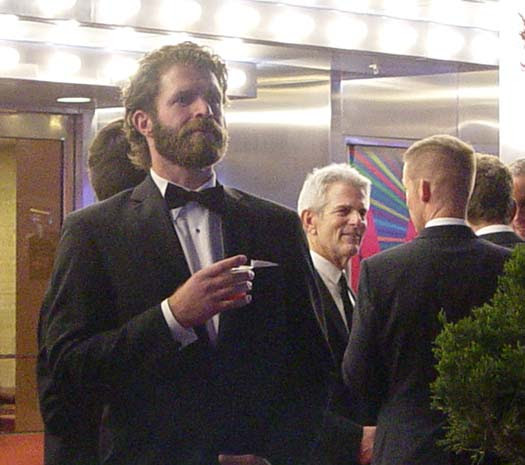 Just about every adult male looks great in a tuxedo... 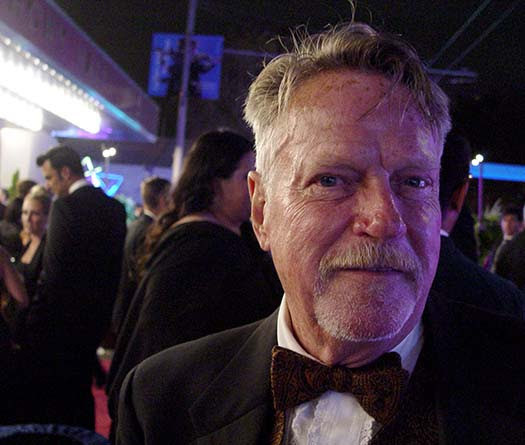 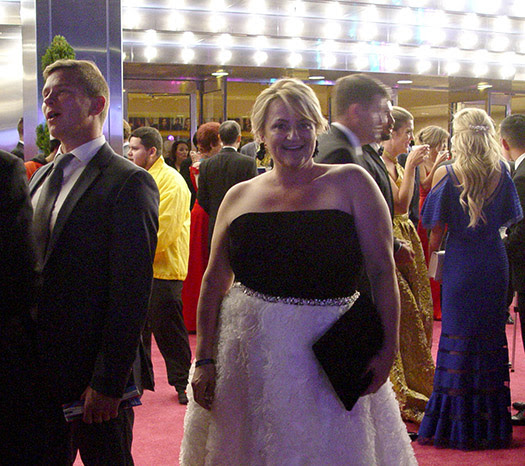 ...who was flirting and complimenting every woman who sat down at our Grove Street cocktail table, including Ms. Heidi above... 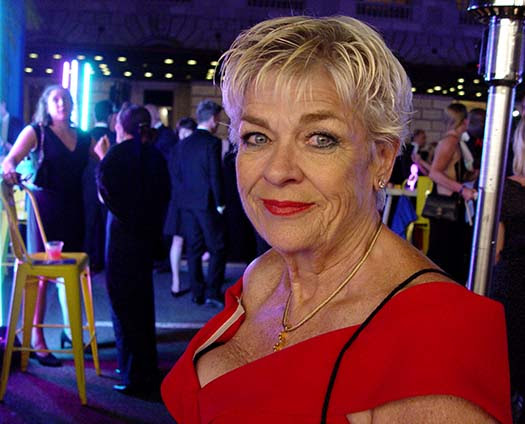 ...and the fabulous Marin County firecracker above who couldn't resist the live Latin dance stage nearby. 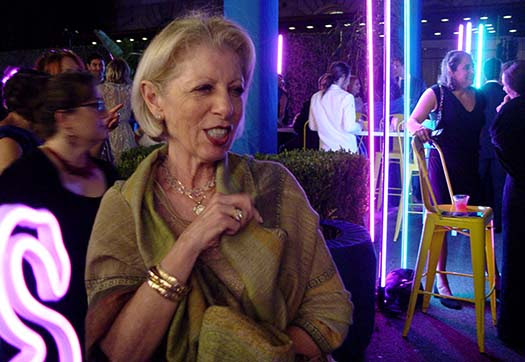 Her fellow Marin County buddy joined us, and she said, "Do you know how we met? Decades ago, we were both Playboy Bunnies."
Posted by Civic Center at 5:35 PM

Wonderful recap, Michael!
I'm glad you invited that lovely woman to join you watch the rich ladies. You're so good at bringing people together.