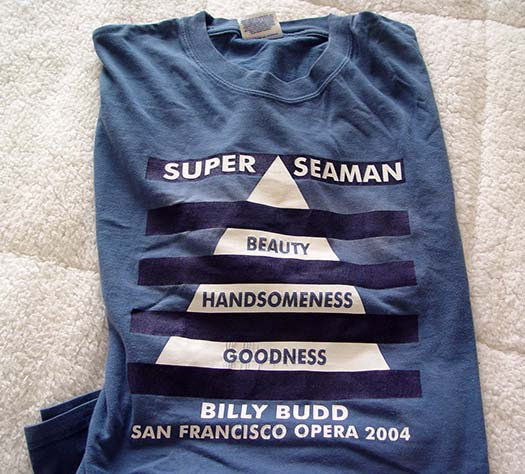 "I am an old man who has experienced much" is the opening line of Billy Budd, Benjamin Britten's 1951 opera. The line had a special resonance for me since I saw Billy Budd at its 1978 West Coast premiere at the San Francisco Opera when I was about the age of Billy Budd, and last Saturday attended the company's fourth production while closer to the age of old Captain Vere. 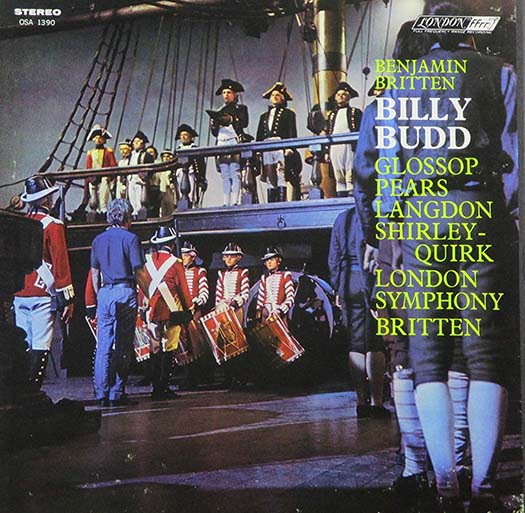 Britten's music is not everyone's cup of tea, but it has entranced me since discovering his War Requiem in my teens. I rate him with Monteverdi, Mozart, and Verdi as a supernaturally gifted opera composer, and Billy Budd is one of his genuine masterpieces. Based on Herman Melville's tragic, homoerotic novella about a beloved sailor on a British battleship during the 1790s Napoleonic Wars, the opera has a huge, all-male cast with an excellent libretto by the novelist E.M. Forster and Eric Crozier that alternates between brutal realism and ethereal abstraction. 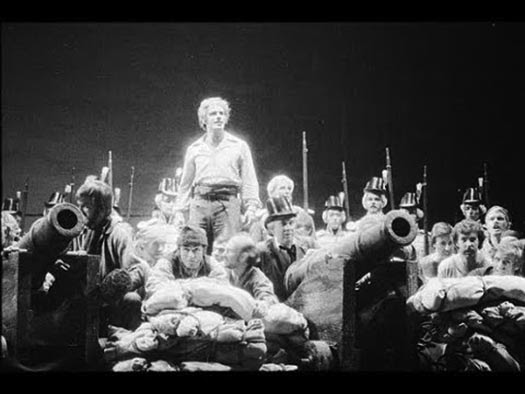 The first SF Opera production from 1978, revived in 1985, was based on the original designs from the 1950s by John Piper, which were minimalist while evocative of the wide, surrounding sea. That 1985 revival may have been my favorite. It starred Dale Duesing (above) as a believable, sweet-souled Billy, the late-career tenor James King as Captain Vere singing the hell out of the role as if he was channeling Jon Vickers as Peter Grimes, and the young bass-baritone James Morris as the frighteningly sadistic master of arms John Claggart. The 2004 Willy Decker production with baritone Nathan Gunn flexing his gym-toned pecs never quite worked for me, partly because it was too abstract and never gave one a sense of the sea, which is a character in itself. 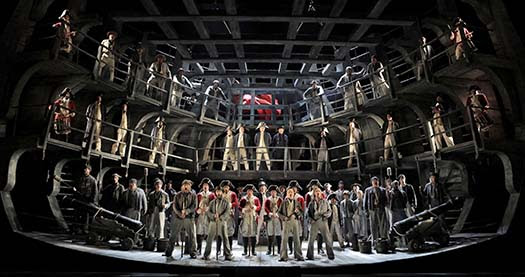 Michael Grandage, the British director of the current SF Opera production which originated in Glyndebourne, has stated: "Britten has this brilliant capacity to conjure up the huge, surging sound of the sea through the orchestra. Therefore, I wanted to leave the sea to the orchestra and focus on creating the claustrophobic, violent, capricious shipboard world that these characters inhabit." It's a valid approach, and the set by Christopher Oran is boldly impressive (it even moves!) but I still miss the sea because the opera is not just about these characters but their place in the wider world. (All production photos by Cory Weaver.) 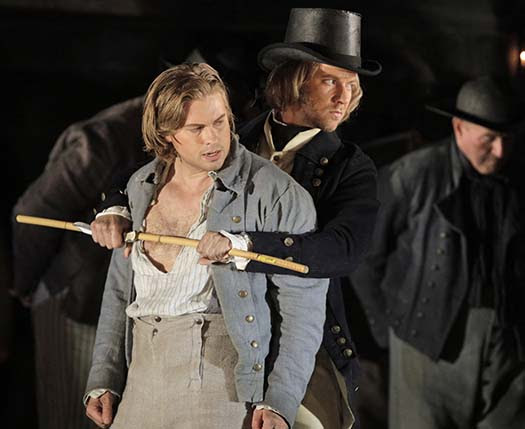 By all means, you should try to see this production in one of its four remaining performances (click here for the SFO website). The huge, all-male chorus, both onstage and offstage, were magnificent and so was the orchestra under conductor Lawrence Renes who was last here leading Nixon in China. I heard musical details from the orchestra and the chorus that were brand new. 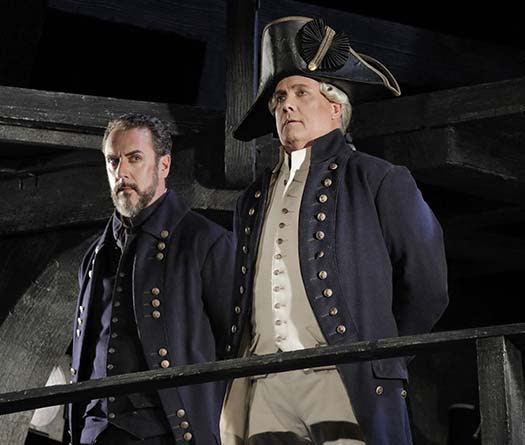 Bass-baritone Christian Van Horn sounded great, particularly his Iago-like aria where he vows to destroy beauty, handsomeness, and goodness. His characterization was a bit too suave for my tastes, which meant he veered into silent-movie villain rather than a recognizable, poisonous, closet case sadist. William Burden as Captain Vere gave the best performance in that difficult role I have ever heard, and his English diction was so masterful you could understand almost every word without the provided surtitles. 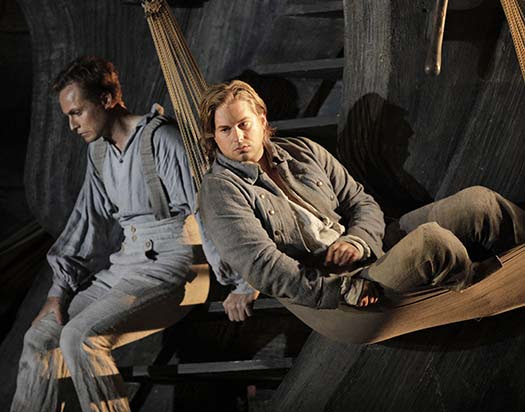 Baritone John Chest certainly looked like the young pretty boy sailor Terence Stamp portrayed in the early 1960s Peter Ustinov movie, but he seemed to get lost in the shuffle of all the activity onstage during Act One, vocally and dramatically. One reason for that was the extraordinary cast of singers in smaller roles surrounding him. Matthew O'Neill as Squeak was funny and awful (somebody should cast him as Mime), while Philip Skinner as Dansker was so powerfully voiced that he wasn't quite believable as the oldest tar on the battleship. Edward Nelson, Hadleigh Adams, Wayne Tigges, Philip Horst, Christian Pursell, and Robert Brubaker also shone in their various roles as officers and seamen. Tenor Brenton Ryan (above) was so poignant and sang so beautifully as the Novice who is given 20 lashes that he threatened to walk off with the opera. 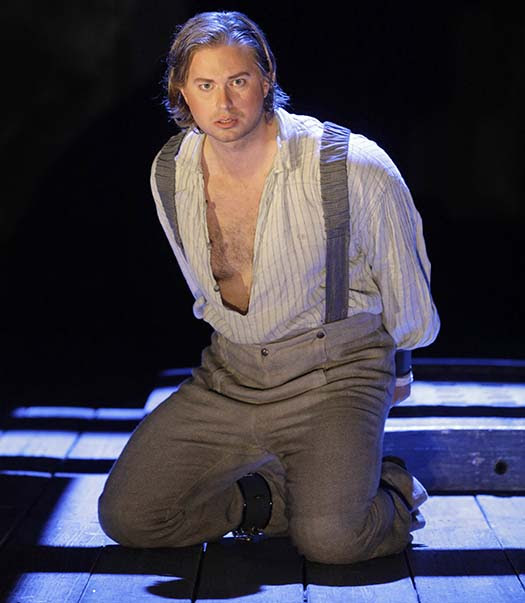 John Chest came into his own during the second act, and particularly in his long aria while awaiting his execution, where he didn't try to do too much and was all the more affecting for it. His voice blossomed beautifully and it was hard not to cry. Now I can't wait to go see and hear it again.
Posted by Civic Center at 2:46 PM