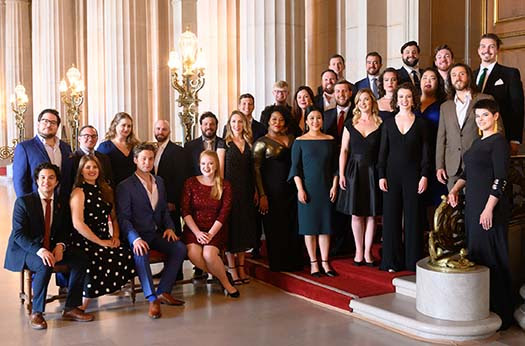 A highlight of summer in San Francisco every year is the Merola Opera program, which trains more than a couple of dozen young professionals in an intense three-month session, culminating in a Grand Finale in the San Francisco Opera House, where they sing a string of arias and scenas over a full orchestra. This year everyone sounded good, without the highlights (with one exception) and lowlights that are a usual feature of this grab-bag of performances. The singers all wore formal wear which was an incongruous sight on the Billy Budd set where director Greg Eldridge strung together one disparate scene after another in amusing fashion. The mists of time have obscured a lot of my memories of the Saturday, August 17th evening, so I'm going to be linking to three other journalists while featuring some of their favorites. (All photos by Kristen Loken.) 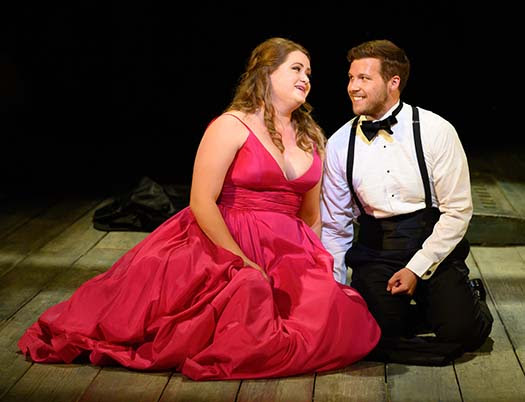 Charlise Tiee at The Opera Tattler was particularly taken with soprano Esther Tonea and tenor Michael Day as Fioriligi and Ferrando in Mozart's Cosi fan tutte. Clean, clear young voices in Mozart are always a treat, and they were a wonderful pair. 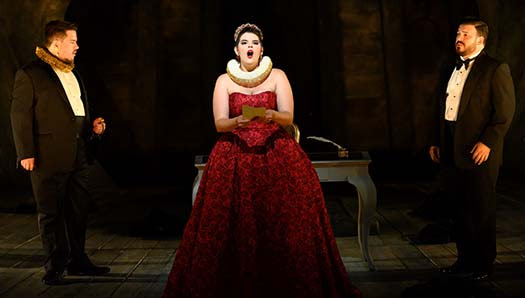 She was also impressed with the trio from Donizetti's Maria Stuarda, with soprano Chelsea Lehnea as Elisabetta flanked by bass-baritone Rafael Poto as Lord Cecil and tenor Salvatore Atti as the Conte di Leicester. 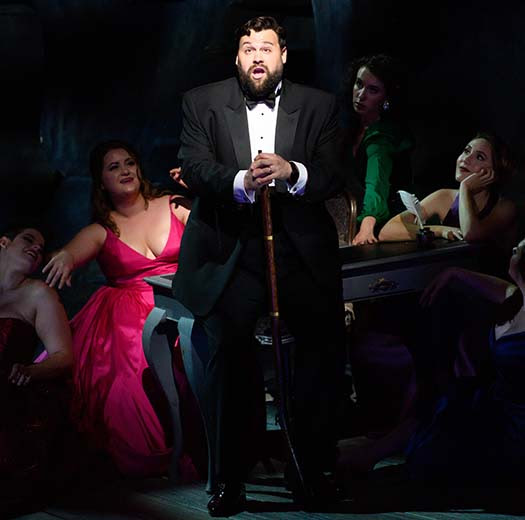 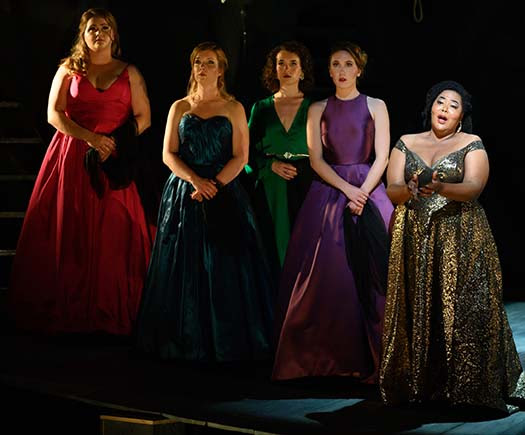 Janos Gereben at San Francisco Classical Voice loved the scene from Poulenc's Dialogues of the Carmelites, headed by soprano Amber R. Monroe as Madame Lidoine. One of the funnier moments was the repeated refrain about how humble and poor all the Carmelite sisters are and should be while everyone was singing in ballgowns, topped by baritone Edward Laurenson hiding with them in drag before seguing into the Cosi fan tutte scene as Don Alfonso. 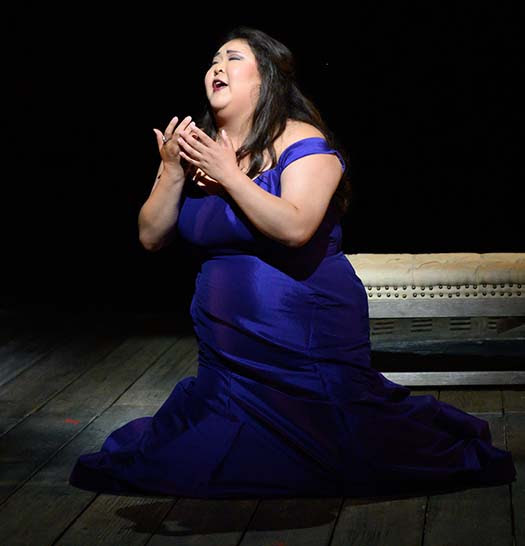 Also appearing in the scene was mezzo-soprano Alice Chung, who everyone raved about, including me. She even made a scene from Thomas' French operatic version of Hamlet sound interesting, which I had previously thought impossible. Her huge voice is still a little unwieldly but it's rich, large, and gloriously musical. Can't wait to hear her again.
Posted by Civic Center at 11:13 AM