Pelleas and Melisande on The Waterfront 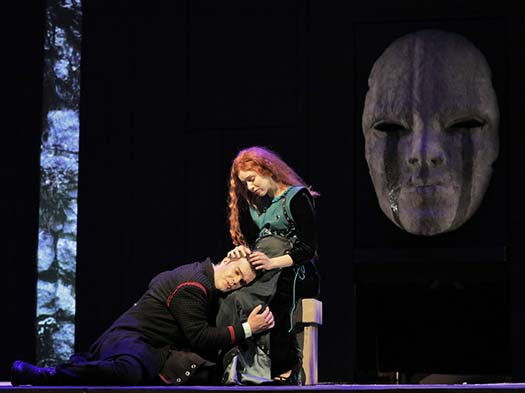 The second of three performances of Debussy's 1902 opera, Pelleas and Melisande, was presented by West Edge Opera last Sunday afternoon in a makeshift theater in the Craneway Conference Center on the Richmond waterfront. The opera is one of those sophisticated works that you either get or not, and I confess to being one of the unenlightened, but have always envied friends who genuinely adored it for reasons they usually find hard to explain. (All production photos are by Cory Weaver.) 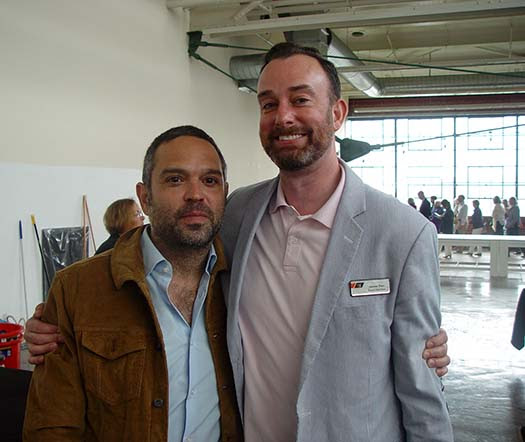 Armen (above left) is a Pelleas worshiper from a young age, and it was fun posing him with his old buddy from UC Berkeley Chorus days, James Parr, who is currently VP of the West Edge Opera Board. The musical eco-fabric of the Bay Area in terms of composers, performers, and receptive audiences is an ongoing wonder, and both of them are exemplars. 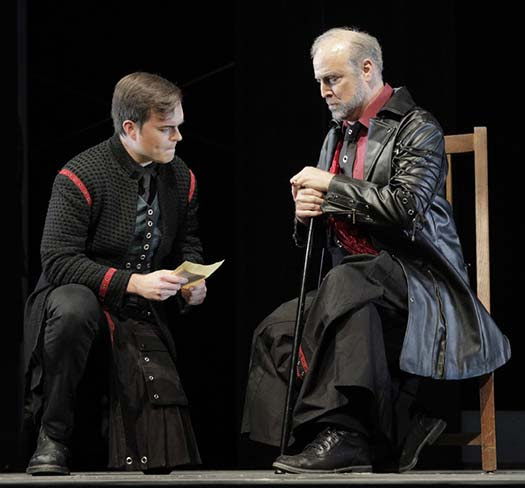 I've seen the opera twice in my life at the San Francisco Opera, the last time in 1997 in a wondrous production with Fredrica von Stade, but going into the performance on Sunday I had absolutely no memory for the details of the gauzy, Symbolist narrative involving a family love triangle that ends in death in a gloomy castle surrounded by gloomy forests and caverns. For the first time at this production, I actually followed the story and on that level it was fascinating. (Pictured above are David Blalock as Pelleas and Philip Skinner as King Arkel.) 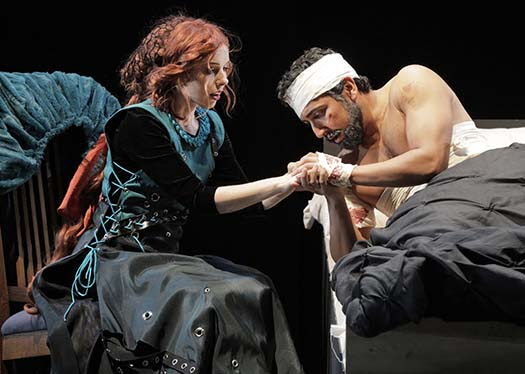 The cast was strong throughout, and Kendra Broom as Melisande and Efrain Solis as her abusively jealous husband stood out vocally and dramatically. 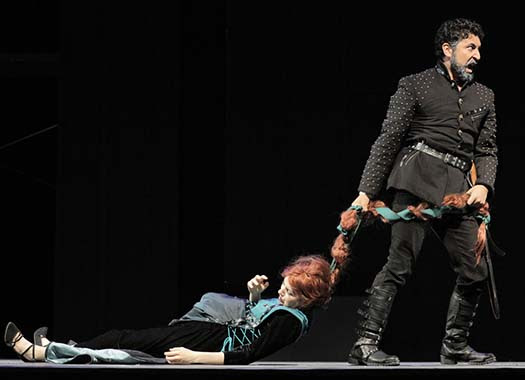 Her costumes and wig made her look a bit too much like a strong, healthy Californian girl version of the Brave heroine to inhabit the wispy, neurasthenic Melisande, but vocally she and Solis nailed it. 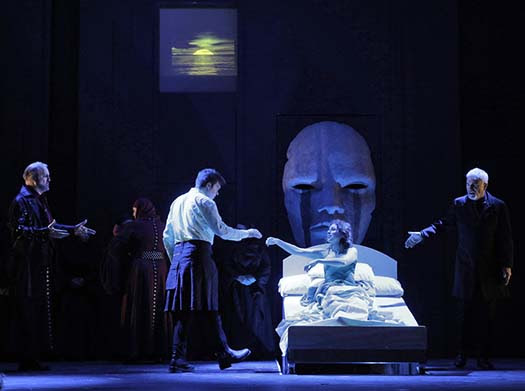 "What's your favorite part of the opera?" I asked Armen, and he rooted about before settling on Act Five, "the beginning and then the whole thing, where King Arkel sings...You need a great King Arkel or the whole piece doesn't work." Philip Skinner was a magnificent King Arkel, and his ode to the sadness of the eternal cycle of life left us both teary-eyed at the end.

The original scheduled opera for this West Edge Opera's season was a production of Britten's Death in Venice, but it proved to be expensive to produce, so Pelleas and Melisande became the late substitute. It was not only an inspired choice, but the planets aligned for a really lovely production. Major props to conductor Jonathan Khuner whose orchestra sounded exquisite in his reduction of the score, and director Keturah Stickann for her emphasis on narrative clarity rather than an interpretive gloss. And good job, supernumeraries, you provided visual interest and moved props well. There is one more performance this Friday evening and you can buy tickets by clicking here.
Posted by Civic Center at 10:44 PM