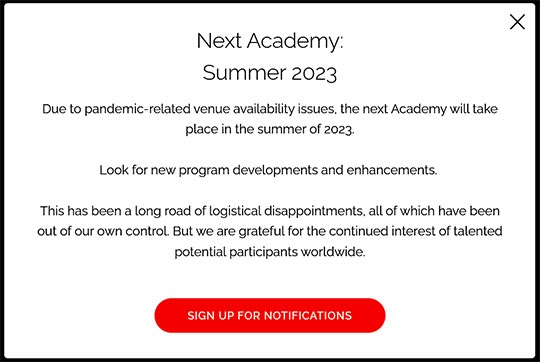 Every year in late July and early August, the American Bach Soloists holds an early music festival that joins young professional students from around the world for classes and concerts with ABS musicians for a fortnight, which usually involves a performance of J.S. Bach's Mass in B Minor. The Academy was canceled this summer on account of the continuing pandemic, and the above apology was on their website, "This has been a long road of logistical disappointments, all of which have been out of our own control." 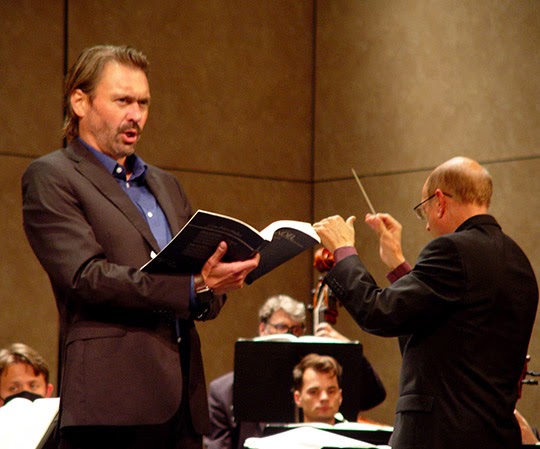 ABS still offered a week's worth of concerts at Herbst Theater, highlighted by the major work of the festival, Belshazzar, an obscure 1744 Handel oratorio. In my experience, live performances of Handel operas and oratorios are either like the longest, dullest church service imaginable or they are emotionally, artistically sublime. It's delightful to report that Belshazzar was unexpectedly glorious, both the performance and the work itself. Mischa Bouvier as Gorybas, an Assyrian King looking for revenge, started the tale with a flexible, handsome baritone, and Jeffrey Thomas, ABS Artistic Director, conducted the two-and-a-half hour score with verve and refinement. 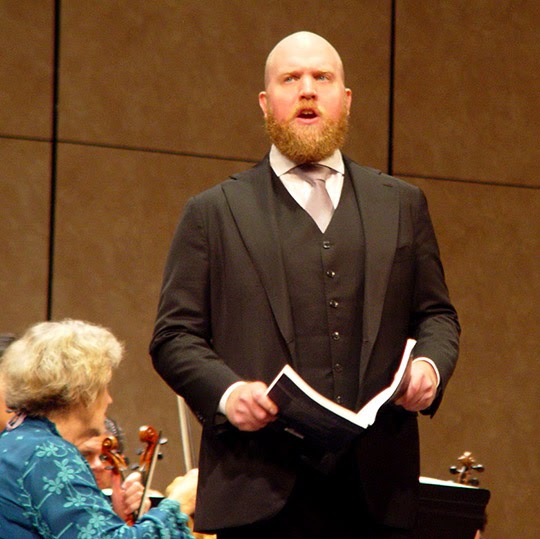 Countertenor Eric Jurenas as Cyrus, Prince of Persia, didn't act so much as he embodied a wise Buddha and his singing was pure, varied, and enchanting. 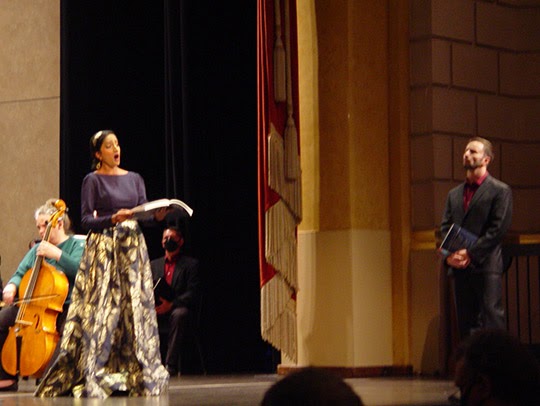 The gushing superlatives don't stop there, however. The main female character in the oratorio is Queen Nitocris, mother of the title character who sympathetically observes what a disastrous fool her son is as the King of Babylon. Her opening aria, The Leafy Honours Of The Field, is one of the longest, most fiendishly difficult opening arias in Handel's repertory, and soprano Maya Kherani absolutely nailed it. 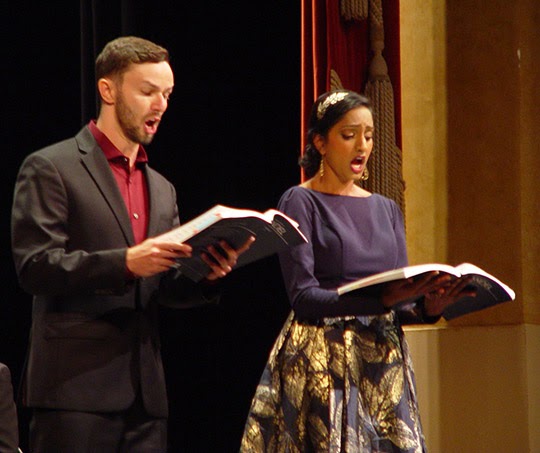 Tenor Matthew Hill as Belshazzar wasn't quite at the elevated musical plane as the rest of the cast, but he was very good, and his characterization invoked an amusing echo of Silicon Valley billionaires like Elon Musk. 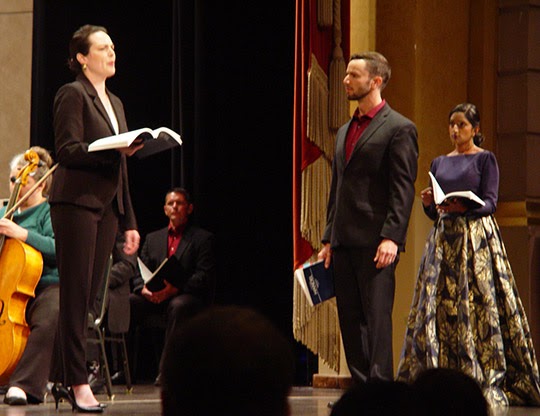 Mezzo-soprano Sarah Coit added to the vocal richness as the Jewish prophet Daniel who translates the Writing on the Wall for the drunken revelers at Belshazzar's Feast. 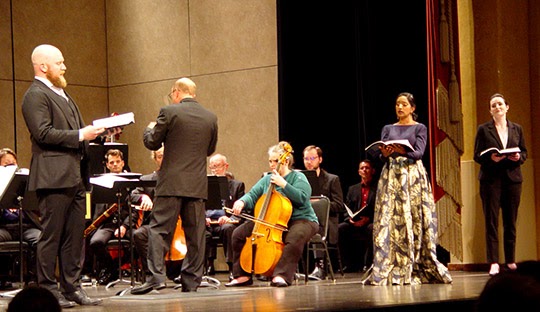 The pandemic Academy cancellation actually had a silver lining in that there was a pickup chorus of local professionals from the SF Symphony, the SF Opera and other performing organizations. They were awe-inspiring and even though there were a few potential train wrecks in the third act, everyone recovered and it made the performance that much more exciting. They reminded me why I prefer Handel's English oratorios to his Italian operas. The oratorios have arias generously interspersed with choral music while the operas do not. 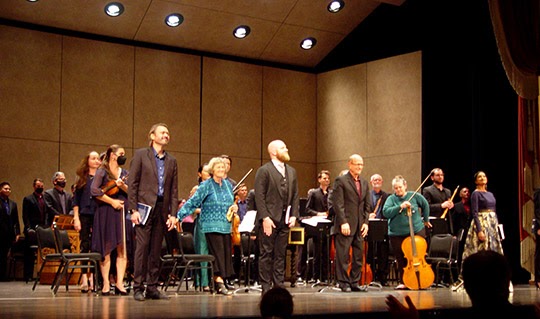 The evening felt like a small miracle, because you could see the performers give each other energy that kept building ("you sang that so beautifully, well, listen to this") and the small audience, which started off dutiful and reverent, was clapping wildly after each aria by midway. The oratorio, which was a disaster on its debut at London's Haymarket Theater in 1745, has essentially disappeared, but it's a genuine discovery. The last three minutes of the finale, with soloists and chorus intertwining is one of the most beautiful pieces of music Handel ever wrote. If you don't believe me, click here for a YouTube recording and start at the end at 2:42:24.
Posted by Civic Center at 6:57 PM