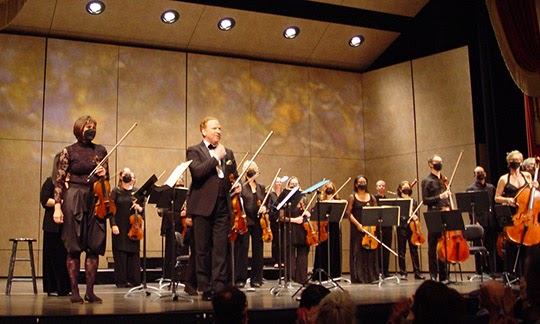 The New Century Chamber Orchestra performed an all-Mozart program on Saturday at Herbst Theater, starting with the Symphony in B-Flat Major, K. 45B which he wrote at the age of 12 in 1767. The symphony was lost for over a century and discovered early in the 20th. Much of Mozart's juvenalia isn't very distinctive, but this piece was a pleasant surprise, and the ensemble performed it with great spirit. 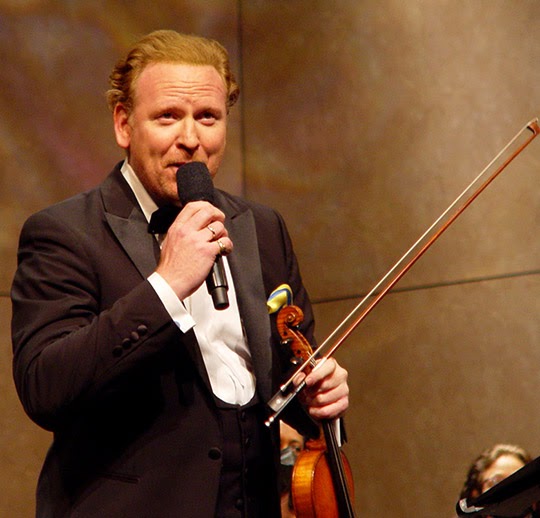 Music Director and violinist Daniel Hope made a few incisive remarks about the program and introduced Paul Neubauer, his soloist partner for the next work, the 1779 Sinfonia Concertante in E-Flat Major, K. 364 for Violin and Viola. It's a gorgeous work he wrote in Paris just after his beloved mother died while accompanying him, and it stands with Mozart's final three violin concertos as a masterpiece. 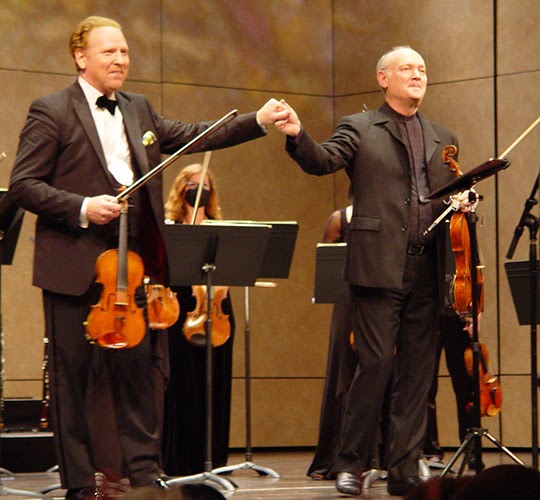 Though it is broadcast on classical radio stations frequently, I don't think I have ever seen the work performed live before, which allowed me to finally figure out which instrument was playing what. Hope and Neubauer performed together with an almsot jazz-like freedom, while mirroring, echoing and transforming each other's melodic lines. It was great. 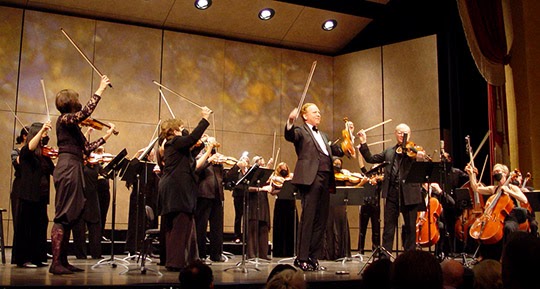 After intermission, the ensemble tackled Mozart's penultimate (one of Hope's favorite words) symphony, No. 40 in G minor K. 550, composed in 1788 just before his early death. The New Century Chamber Orchestra is an all-strings ensemble, but for certain works they feature add-on musical guests, including singers, pianists, percussion, and wind instruments. For this concert, nine freelancers filled out the orchestra on flute, oboe, clarinet, bassoon, and horn. For the most part, they were wonderful, especially Sarah Bonomo and Jonathan Szin on clarinet, but the horns started off-pitch and went in and out of that state for the rest of the concert, which diminished some of the pleasure of the evening.
Posted by Civic Center at 12:16 PM