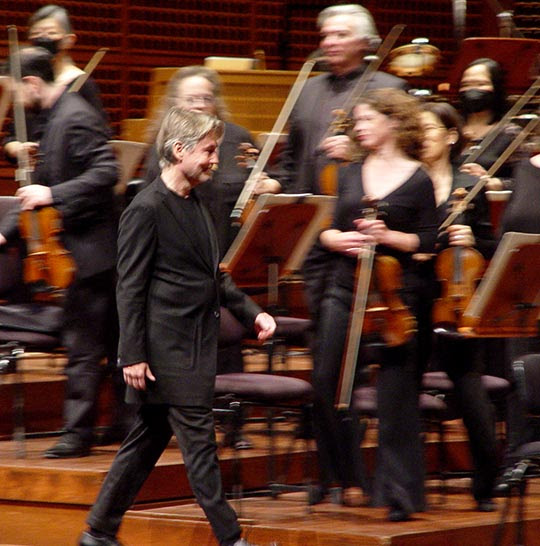 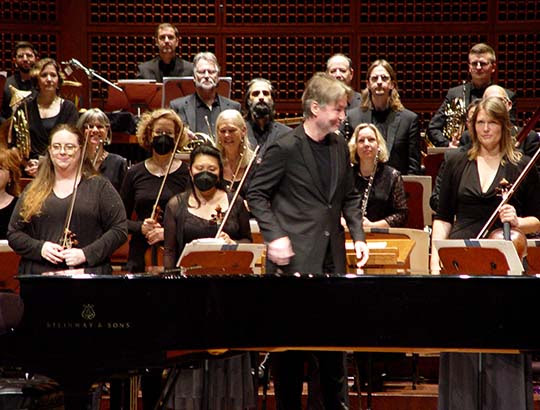 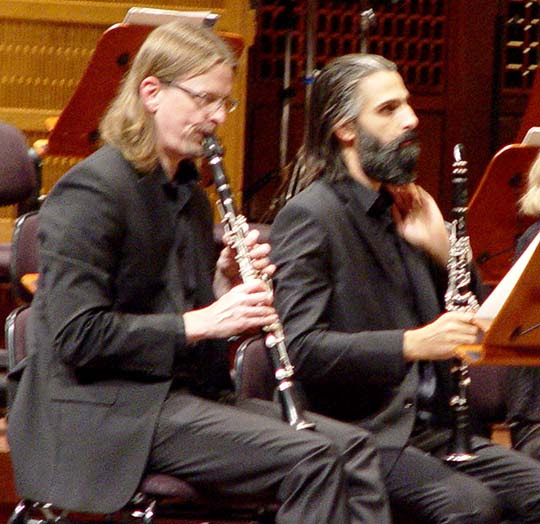 The 47 exotic bird calls incorporated into the work are about as far away from lyrical, pastoral pieces like Vaughan Williams' The Lark Ascending as can be imagined. 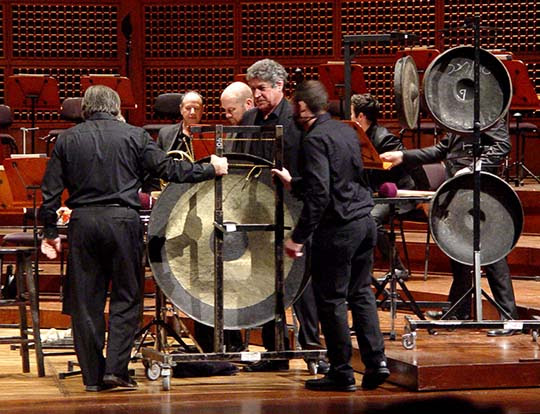 These exotic birds are shrill, cacophonous, and brilliant sounding, and so is the entire 20-minute piece. 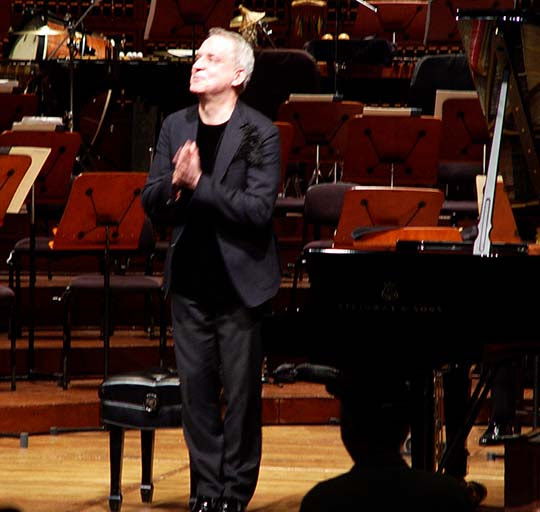 The piano soloist was Jeremy Denk who seemed to physically inhabit each bird while playing their voices from the keyboard. Certain composers like Mozart bring out the best in Denk's musicianship and Messiaen should be added to that list. It was a great performance, and a funny one too. 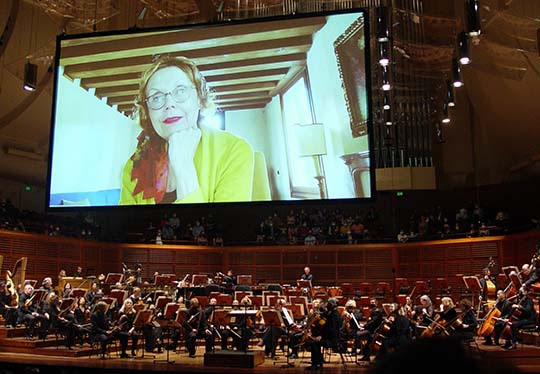 More birds followed after intermission, with the 2001 Aile du songe: Concerto for Flute and Orchestra by the contemporary composer Kaija Saariaho. She is actually Finnish, but she's lived and worked in Paris for enough decades that her music can be considered French, especially this piece which takes flight from poetry by Saint-John Perse (1887-1975) who won the Nobel for literature in 1960. Before the performance, a video of Saariaho attempting to explain the work was shown, offering a few signposts for the five-movement work that is broken into two parts, with Birds in the Air and Birds on the Ground. 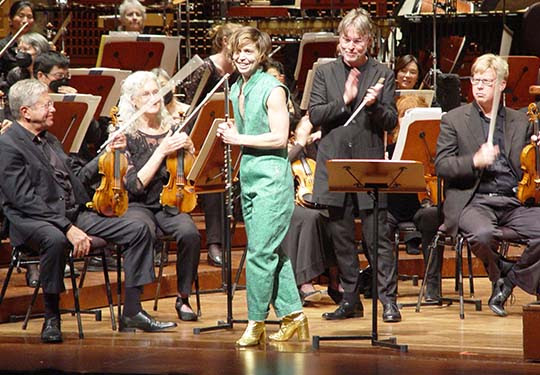 The flute soloist was Claire Chase, giving a knockout performance that guided one through the strange, textural dreamworld of the orchestral music. At the Friday evening performance, Chase looked like an animated Peter Pan who was about to fly into the air herself, and the musical movement where the bird (flute) teaches a village (the orchestra) to dance was thrilling.

The final work, Debussy's 1905 La Mer, used the full resources of a huge orchestra for the first time in the concert. Debussy's tone poem about the Mediterranean Sea has never been one of my favorites, but a great performance conducted with this orchestra by James Gaffigan a couple of years ago changed my mind (click here). Hearing it after the Messiaen and Saariaho could have made it sound old-fashioned, but instead underlined just how radically modern the work still remains. There's a matinee today (Sunday) where you can hear the final performance, and it feels Covid safe because you need to show proof of vaccination and wear a mask which the audience around me was doing quite responsibly. They were also a surprisingly young and enthusiastic crowd.
Posted by Civic Center at 10:47 AM