Year of the Ox on Parade 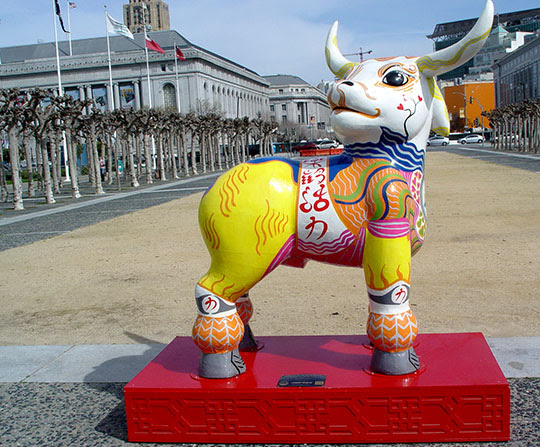 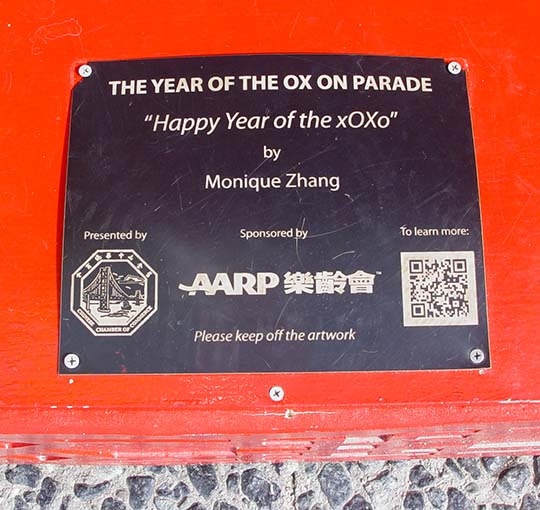 After a little investigation, it seems that this is one of eleven different ox sculptures installed by the Chinatown Chamber of Commerce in honor of the Lunar New Year. This was in lieu of their annual parade downtown which was canceled on account of the pandemic. (Click here for a map for the other locations.) 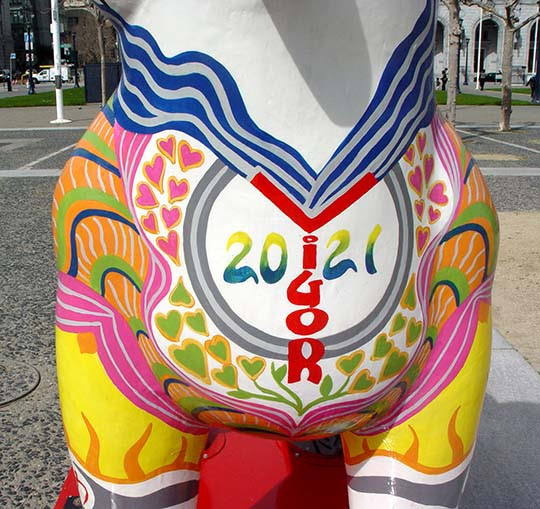 Chinese-Americans have been treated terribly by their Anglo counterparts in the United States for over a century, and the racism has ramped up again thanks to right-wing American government officials braying about "the China virus." If you see anybody being harassed in any way, please step up with assistance, because this is horrible and evil.
Posted by Civic Center at 9:45 AM