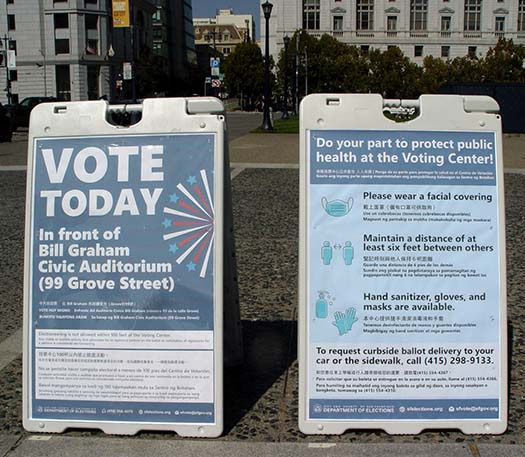 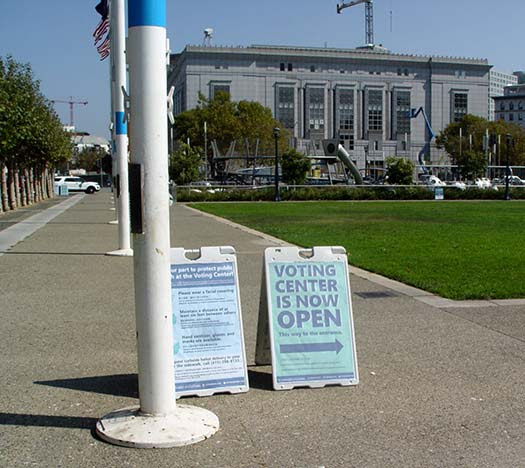 The directional signs are pointing to the Grove Street side of the plaza... 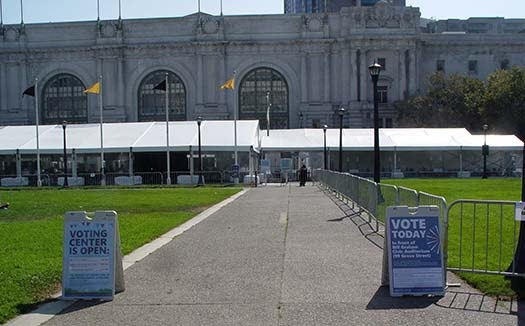 ...where two massive, interlocked tents have been erected by the Department of Elections. 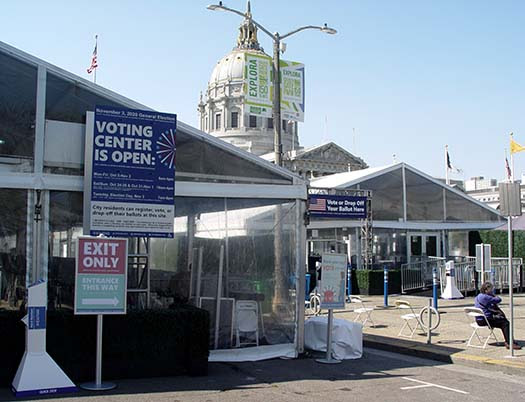 We were concerned that the temporary structures would be air-tight which would defeat the entire concept of a safe public place to vote during the pandemic... 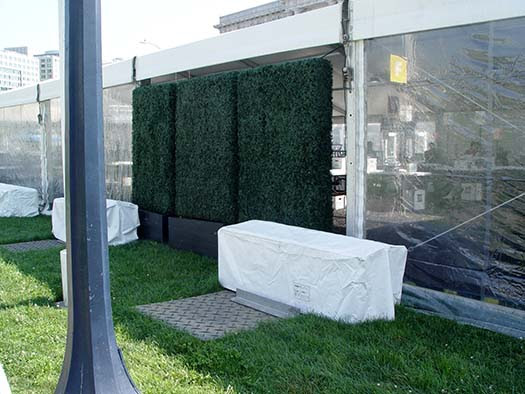 ...but there are a few plastic panels in each structure that have been replaced by topiary shrubs and the open air. 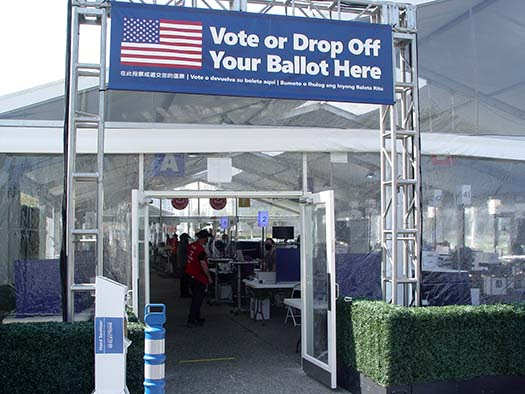 The Voting Center is open Monday through Friday 9AM to 5PM, and you can register, change your address, and/or ask for an early ballot. 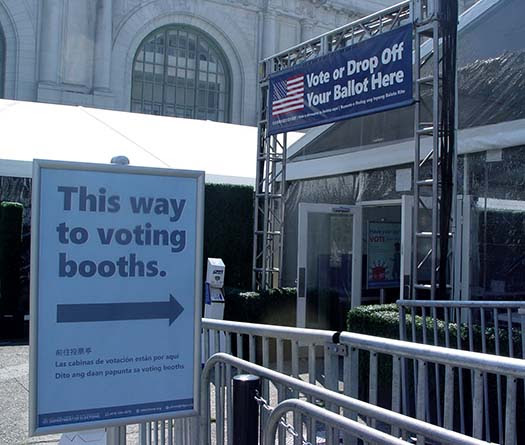 It will also be open during the last two weekends before the November 3rd election, starting on October 24th. 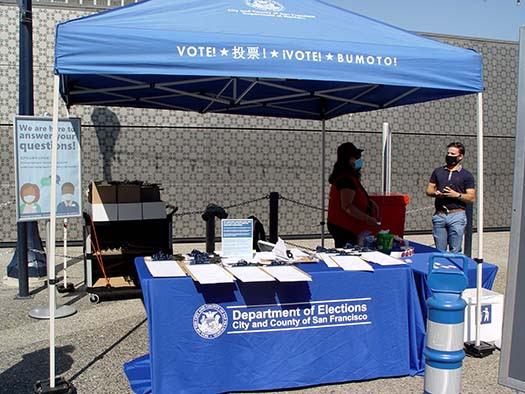 Best of all, you don't even have to go inside, because there is a staffed, outdoor booth where you can drop off your mail-in ballots which we all automatically received this year in California. (Sorry, Texas and a lot of other Republican-abused states, voting will get better for you eventually.) 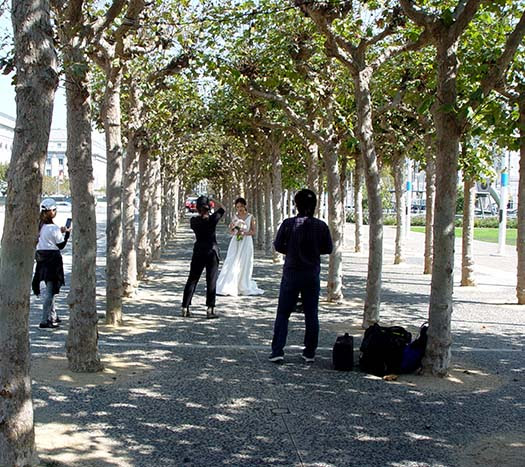 After the election, it would be great if the Office of the County Clerk could move in to the tents so San Franciscans can finally obtain a marriage license after months of pandemic shutdown.
Posted by Civic Center at 9:37 PM