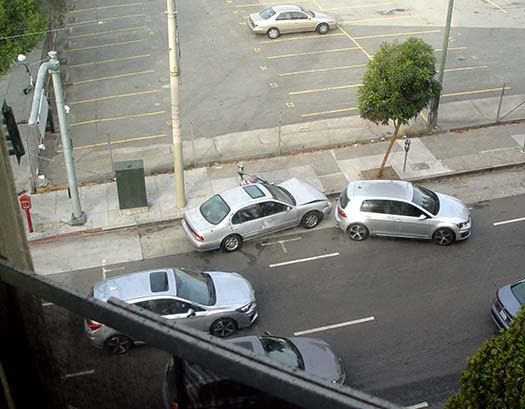 We heard the crash outside our living room window at 9AM and opened the window shades to see if anyone was badly hurt. 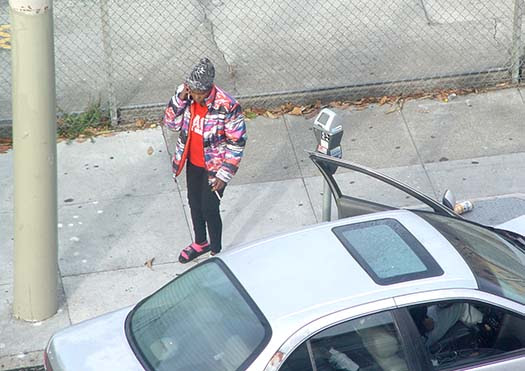 The first signs of life were tall boy beer cans being thrown quickly onto the sidewalk from the driver's side. A passenger, pictured above, jumped out and started yelling hysterically into her mobile while waving at someone down McAllister Street. 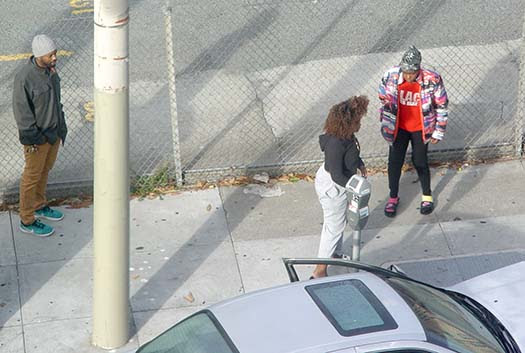 From what we could make out, the drunk driver (pictured in the middle above) had made a left turn from McAllister onto Franklin Street and smashed into a legally parked car. Assistance soon arrived in the person of a large man who is the last straggler from a tent encampment which city government swept away a week ago. He yelled at the ladies, jumped into the car, backed up the offending vehicle and drove it down McAllister while the two women stumbled up Franklin Street. 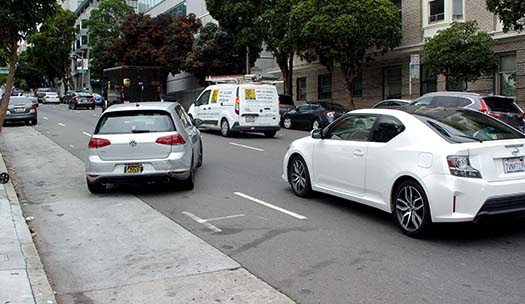 I called the SF Police Department non-emergency line because the parked car had been hit hard enough that it was pushed into the next lane of traffic on a busy one-way street, which made for dangerous conditions. That was at 9:05 AM. 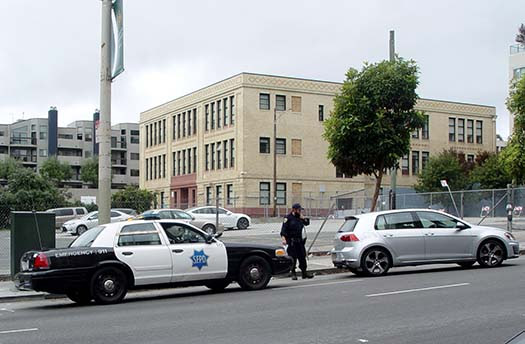 I called again at 9:45 AM and stressed that it was a dangerous situation for drivers, and a police car finally arrived at 10:20 AM. 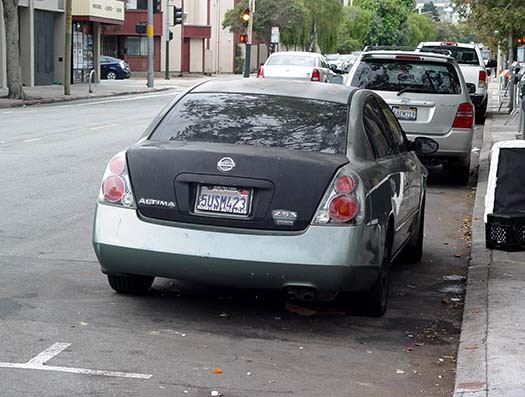 A new neighbor and I went to the street to tell him what we had seen. "Did you get the license number?" he asked and I told him no. "Then there's nothing we can do," he said. "How about busting the guy who drove the car away? He has a car parked 24/7 down the block. Here, let me show you." (The car is pictured above.) The officer told me that local politicians didn't allow for him to do anything about it, and I couldn't help but say, "Oh, really? Come on." 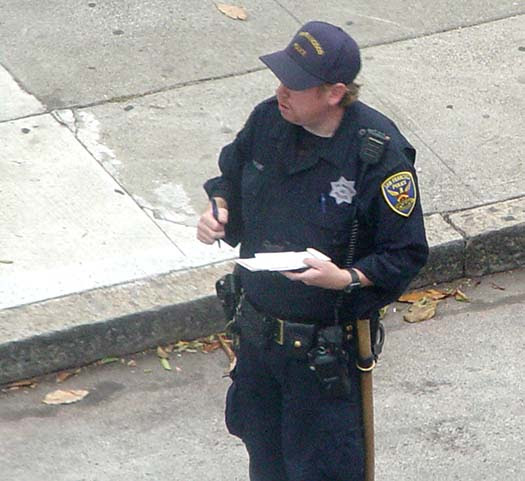 I thought he was going to arrest me, but we returned to the corner and my neighbor said the guy and the skinny woman from the crashing car had just walked down the street. The poor officer than had to do something so he got in his patrol car and went around the block while we watched the criminal pair leave the War Memorial park, cross Franklin, and walk down Fulton Street. 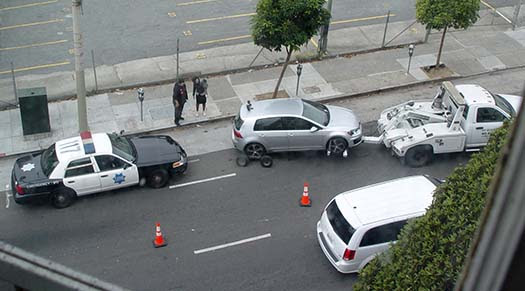 A tow truck driver arrived around 10:50 AM right after a utility worker had put out orange cones for safety almost two hours after the original crash, while shaking his head at the basic safety protocol ineptitude of the officer. There's a sort of happy ending, though. The owner of the parked car, who worked a couple of blocks away, came by to feed the meter and saw her trashed car about to be taken away to the impound lot. "You're not towing her car away, are you?" I asked, and the driver turned out to be a sweetheart. "No, no. It's going to the garage."
Posted by Civic Center at 7:43 PM

Watching the world go by. Could've happened here in the core Mission too. They seen unable to deal with basics, then go all wild west occasionally.

Ridiculous! Glad you were able to document this!