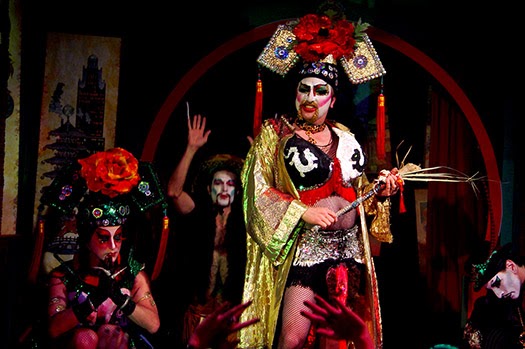 The producer and director Russell Blackwood often cast himself in a small, juicy role in most of his revivals of Cockettes musicals that The Thrillpeddlers presented at the legendary Hypnodrome on 10th Street in San Francisco. In a recent interview, he told me his favorite was probably Madame Fu from Pearls Over Shanghai, the first, deliriously successful Cockettes revival the company presented for almost two years. 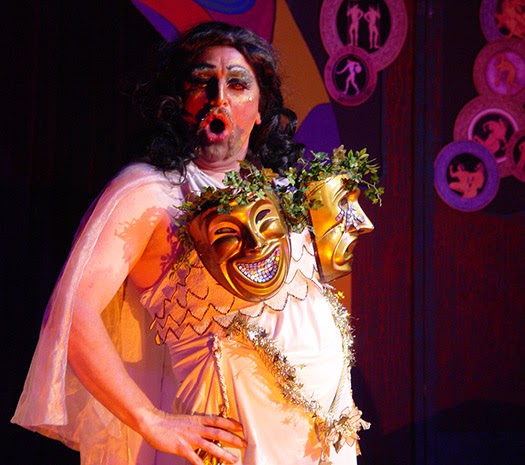 My favorite of his cameos was in the next Cockettes musical the group presented, Hot Greeks, an inspired mashup of Aristophanes' Lysistrata and June Allyson MGM college musicals. He played the oracle MataDildoes who sings one of Scrumbly Koldewyn's most perverse songs, The Hot Twat of Tangier. The lyrics and performer were a match made in theatrical heaven, and Mr. Blackwood will be pulling himself briefly out of retirement for a reprise on Saturday at the Victoria Theater where the Cockettes' 50th anniversary show will be held. 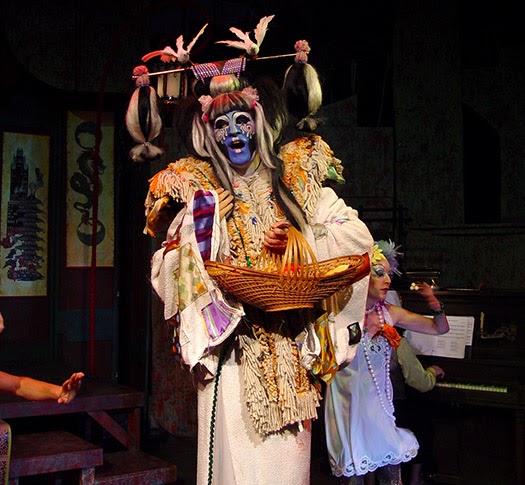 Just about everyone in the large troupe had day jobs, including one of my other favorite Thrillpeddlers performers, Eric Tyson Wertz, whose other identity besides bizarrely beautiful ragpicking peasant girl was as a physicist. 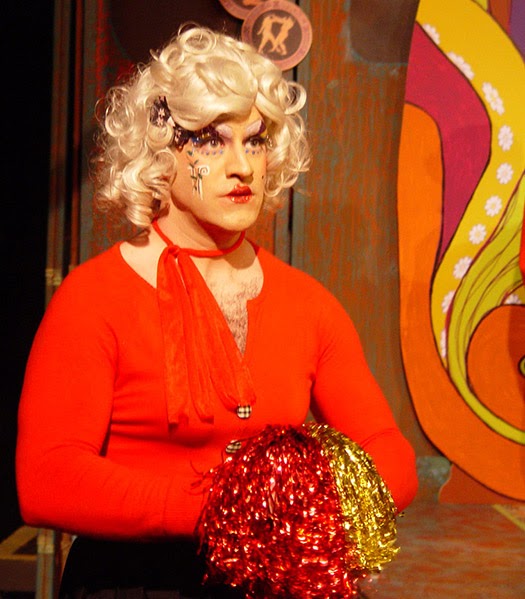 Wertz out of costume was a beefy, hairy-chested guy, but there was a goofy, delicate sweetness in his playing of innocent young girls with deadpan sincerity, as he demonstrated in Hot Greeks as a cheerleader withholding sex from her athlete boyfriend. 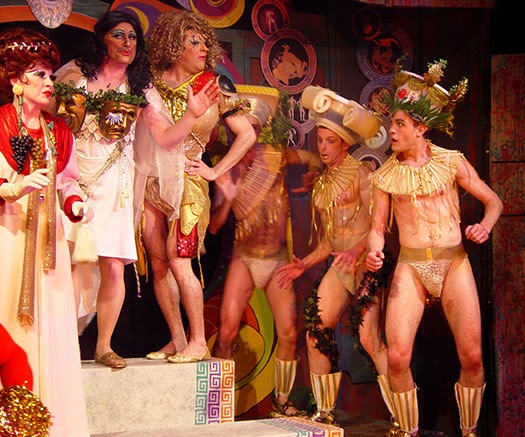 The Hypnodrome's building was sold in 2017 and the Thrillpeddlers disbanded, so even though this Saturday's event is not being billed as a reunion, it will be the first time that Blackwood has gotten together with the gang to perform since then. 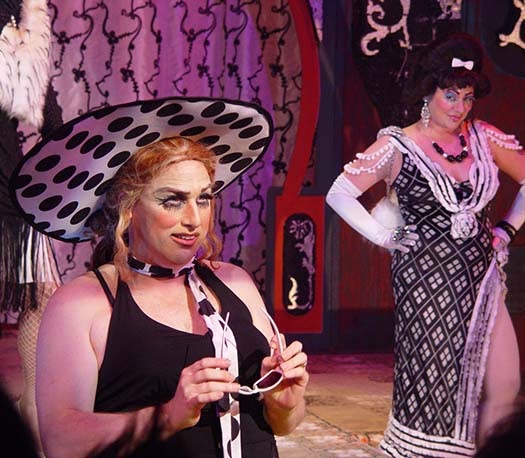 "Why now?" I asked Russell Blackwood, above left in a fabulous outfit from Vice Palace, a reworking of Poe's Masque of the Red Death set in 1960s high-fashion, La Dolce Vita Italy. "Because I revived Pearls of Shanghai for the Cockettes' 40th anniversary and this will be the 50th year since their first performance. I like anniversaries," he replied. 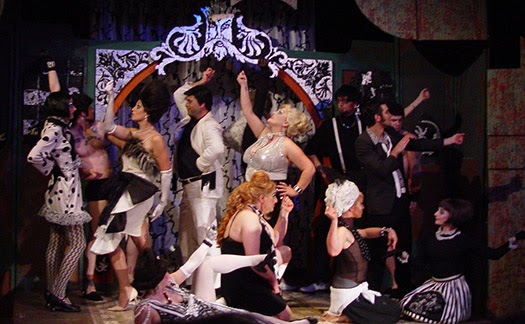 Vice Palace, though it was basically a string of unrelated numbers in different colored rooms, was dark and bizarrely prescient about the AIDS plague that was coming in the next decade. Though the association was never made explicit, it suffused the whole show. 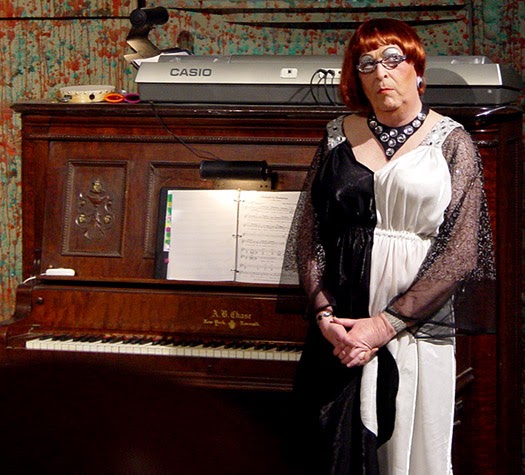 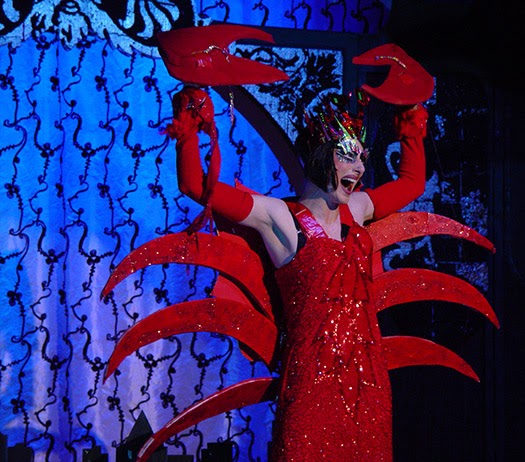 And how can one resist a musical that includes a novelty number called A Crab on Uranus, which will also be performed at this Saturday's grab-bag spectacular?
Posted by Civic Center at 10:32 PM

Great article, Michael!
And it doesn't hurt that that crab is one of my favorite people...

Well done.. and your photos are great, better than most production photos