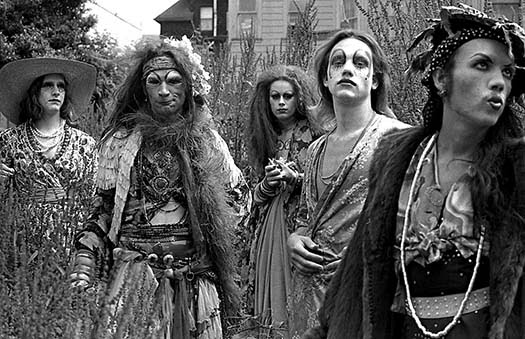 The Cockettes were a group of mostly gay male hippies in late 1960s-early 1970s San Francisco. They were a smart, arty, psychedelically druggy, genderfuck group of friends who for a short while were a theatrical sensation that influenced world culture in ways that are still being absorbed. (Pictured above left to right Pristine Condition, Marshall Olds, Miss Bobby, Danny Isley, Link Martin. San Francisco, 1971, photo by Fayette Hauser.) 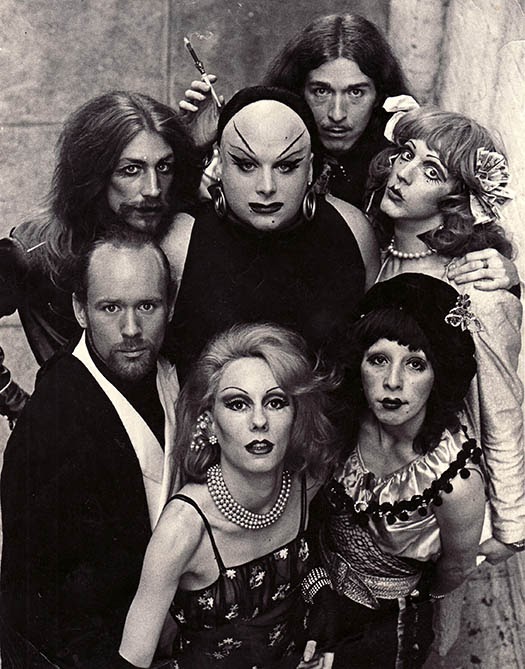 Their midnight shows in a movie palace in North Beach, literally named The Palace, became an immediate cult hit, especially for audiences who were stoned on one psychedelic or another, and it attracted a few fabulous freaks from around the country, including John Waters' diva, Divine. (Clockwise from upper left: Billy Orchid, Divine, Scrumbly Koldewyn, Pristine Condition, Pam Tent, Mink Stole, David Baker, Jr. in "Vice Palace," 1972, Palace Theater in SF, photo by Clay Gerdes.) 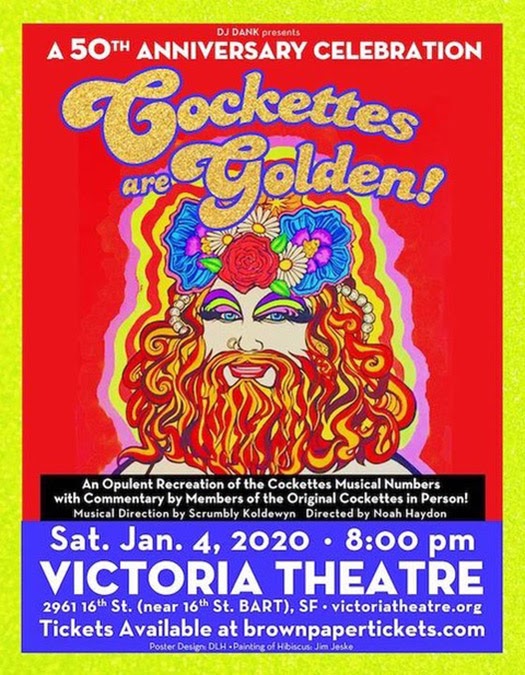 This Saturday, January 4th, there will be a celebration at the Victoria Theater on 16th Street of the Cockettes' 50th Anniversary, in honor of their first performance on New Year's Eve in 1969. Saturday's event promises to be historic for a number of reasons, and if you take San Francisco culture seriously, you'll be there. I just went to the ticket site, however, and realize that everyone who is anyone knows about this already and it has sold out. Start begging friends for extra tickets. 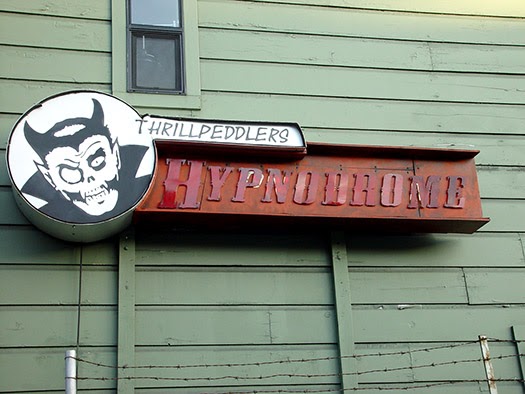 The Cockettes only lasted about three years before imploding and splintering into other groups like the 1970s Angels of Light, which had fabulous sets and costumes but not much of the Cockettes' outrageous wit. The group became a distant legend until a 2002 documentary by David Weissman and Bill Weber told their story to a wider audience. The Cockettes' real revival, however, arrived at a little theater in the back of an antique store under the South of Market freeway next to Costco. Russell Blackwood was offered the space in 2004 for very little money by the owners of the building because they were fans of his theatrical work which at the time focused on a revival of French Grand Guignol. 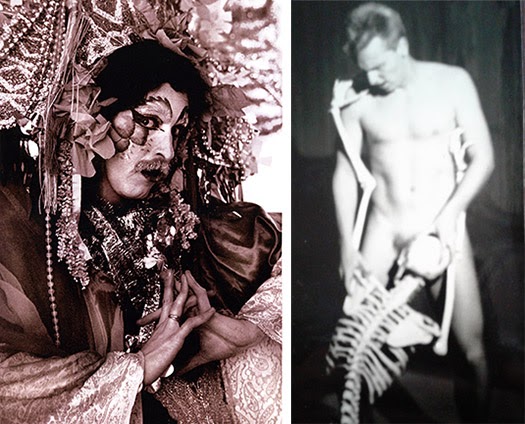 In a never-used director's head shot for the 1991 Laboratory of Hallucinations, Mr. Blackwood is being serviced by a skeleton, while the gentleman on the left is Scrumbly Koldewyn, the composer and musical director for the Cockettes, when he was a young hippie performing in Pearls Over Shanghai as Lili Frustrata.br /> 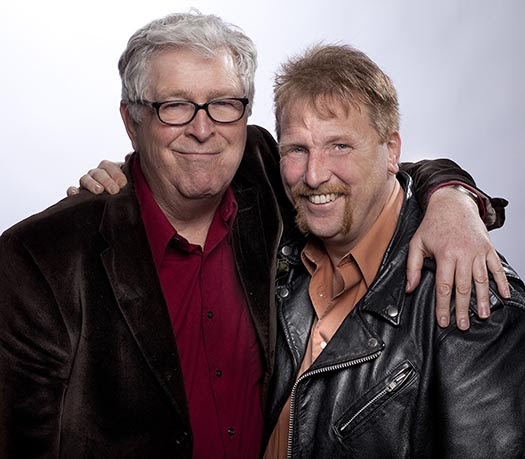 In 2009, the two seasoned theatrical geniuses gathered their varied groups of performing gypsies together and collaborated on a revival of a book-and-score musical performed by the Cockettes called Pearls Over Shanghai, which knowingly incorporated every Orientalist cliche from the 19th century through 1930s Hollywood about the Mysterious, Decadent East. 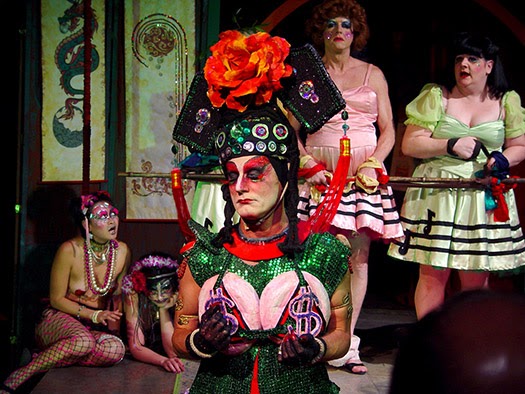 The show was supposed to run for two months at most, and ended up virtually selling out the place for the next 22 months. (Pictured above is the late-great Arturo Galster as Madame Gin Sling). More to come about the gay, leftist, hippie, all-gender-inclusive gestalt that characterized both the Cockettes and the Thrillpeddlers, who will be performing for the first time in three years together, and possibly the last time too.