Arabella at the San Francisco Opera 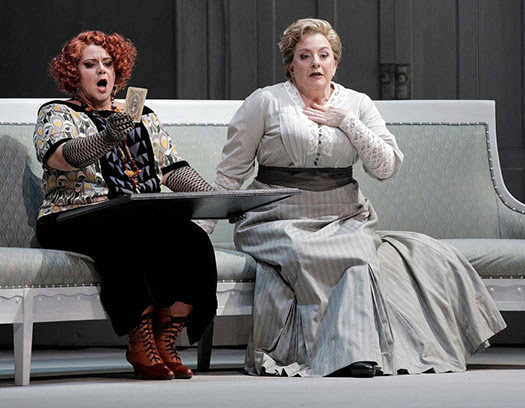 The San Francisco Opera is presenting the 1933 Richard Strauss operatic rarity, Arabella, in a production that I enjoyed much more than expected. Set over the course of one day and night in Vienna on Shrove Tuesday, the libretto is a bizarre German comedy featuring disagreeable Austrian aristocrats, including a compulsive gambler count and his silly countess wife who are trying to marry off their daughter Arabella to somebody rich so they can pay their bills. Richard Paul Fink gave an amusing, amiable performance as the paterfamilias as did Michaela Martens (above right) as the Countess who religiously consults with a fortune teller played by Jill Grove, as well she should since the entire plot is accurately foretold in the first scene. (All production photos are by Cory Weaver.) 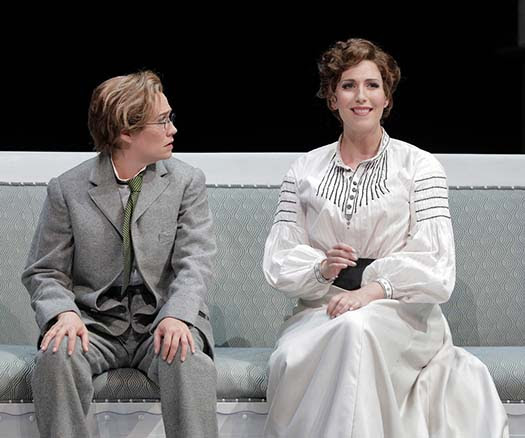 Arabella (Ellie Dehn) has a sister, Zdenka (Heidi Stober), who is being raised publicly as a boy to cut down on debutante costs for the family. This leads to all kinds of complications, and an exquisite duet between the two sopranos in Act One as they both imagine Mr. Right. 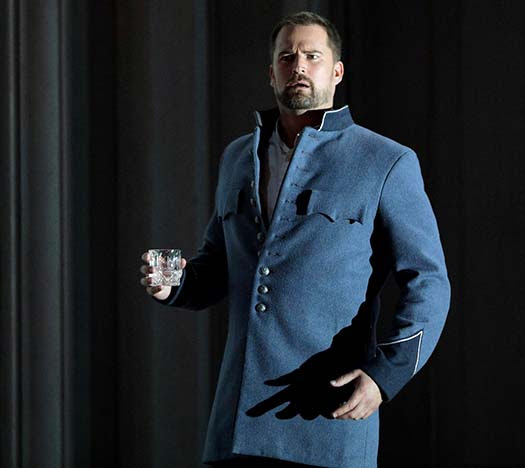 Imagine if Cyrano de Bergerac was actually a woman who was secretly in love with the soldier Christian who then pretends to be Roxane in a darkened bedroom for a sexual tryst, and you have some idea of how bizarre the plot becomes in Arabella. Daniel Johansson above is the lovesick young officer, Matteo, who longs for Arabella while being best buddies with the phony transgender Zdenka who is lovesick for him. 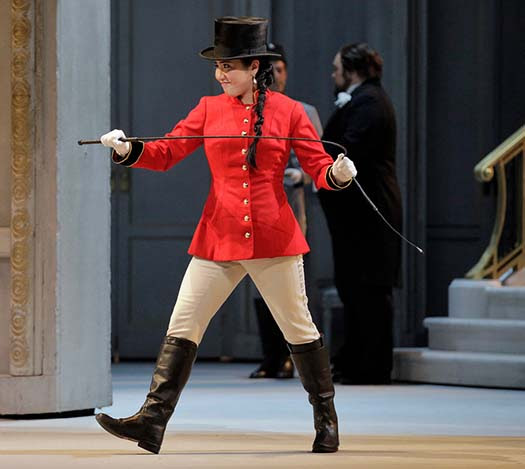 There are reworkings of scenes and characters from earlier Strauss operas, including a sequel to the stratospheric soprano role of Zerbinetta in Ariadne aux Naxos. Hye Jung Lee, who has been so spectacular as Madame Mao in Nixon in China, Olympia in Tales of Hoffman, and Ah Sing in Girls of the Golden West, had another great turn in the absurd role of "The Fiakermilli, a cabaret singer" at the Coachman's Ball where Arabella has been named The Queen. 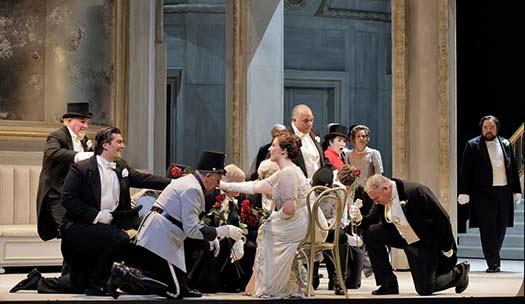 The star of the show was the orchestra under debuting conductor Marc Albrecht, weaving in and out of quick conversational modes with full-out arias and duets. The singers were all very strong, and worked well together, but the role of Arabella is purposely written for a genuine opera star. As lovely as Ellie Dehn sounded most of the time, she doesn't quite have that charisma which would make you believe she would be worshiped by suitors and strangers every time she enters a room or descends a staircase. In fact, I kept waiting for the chorus to burst into "Hello, Dolly!" 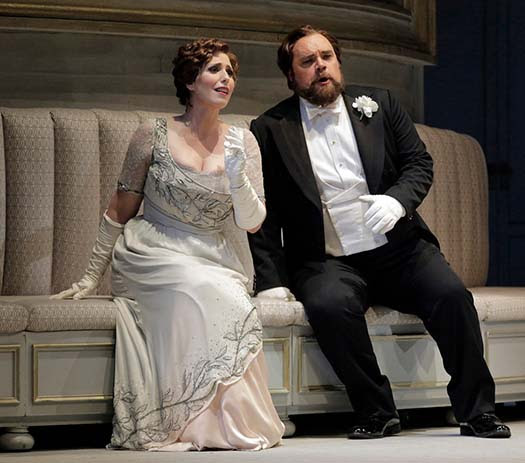 Mandryka, the rich country heir from the Austro-Hungarian provinces, was sung by baritone Brian Mulligan in a richly sympathetic performance of a role that can be oafish and repellent. You could believe he would wrestle with a bear in the forests of his vast estate, and that he would make a good husband for the young prima donna that is Arabella. There are two more performances, one on Sunday the 28th at 2 PM, and the finale on Saturday, November 3rd at 7:30 PM. Chances to hear this opera live in English speaking countries are fairly rare, so it's worth seeking out.
Posted by Civic Center at 10:12 AM