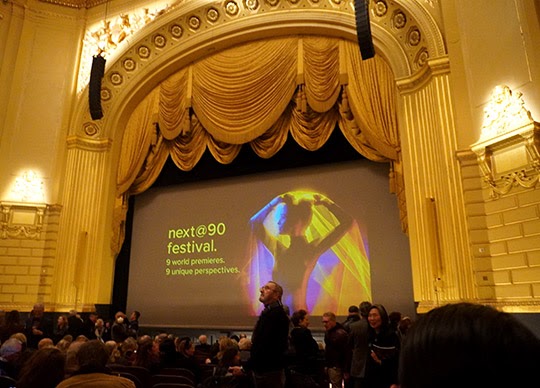 Friday night's festival opening began with Haffner Serenade, choreographed by Dance Theater of Harlem veteran Robert Garland. This season was programmed by outgoing director Helgi Tomasson, and Haffner Serenade looked a bit like one of his lesser works, neo-classical in the Balanchine style and duller than the lively Mozart music that accompanied it. 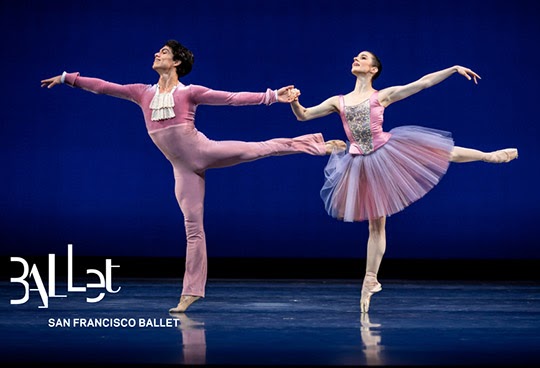 Thankfully, the dancers and the orchestra were both delightful, and principal dancer Esteban Hernández was in a class of his own as he smoothly glided through solos and duets with Julia Rowe. (All production photos with a logo are by Lindsay Thomas.) 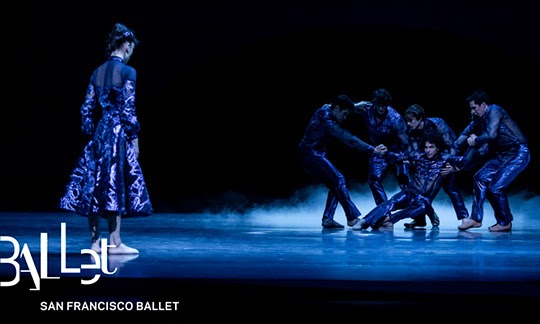 The second work on the program, Resurrection, choreographed by Alvin Ailey Dance Theater veteran Jamar Roberts, was extraordinary. The dancing worked so seamlessly with the long first movement of Mahler's Second Symphony that it felt like the music had been written expressly for the ballet. It also heralded the return to the company of Esteban's brother Isaac Hernández, who decamped to Europe in 2014. On the Continent he performed with the Nederlands Dans Theater before moving on to the English National Ballet, where he met and married Tamara Rojo, who is the new Artistic Director of the San Francisco Ballet. One of the pleasures of the upcoming season will be seeing plenty of The Fabulous Hernández Hermanos. 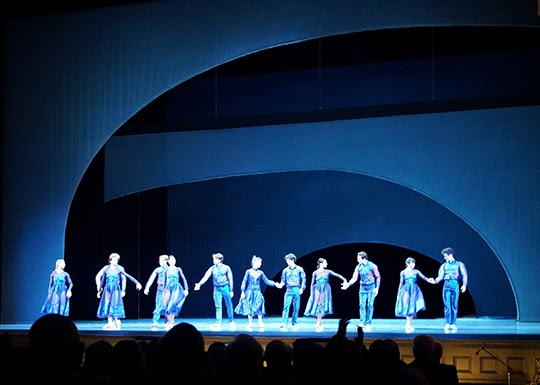 The energetic, modern dance inflected choreography was performed with virtuosic conviction by the whole ensemble, and there was an ambiguous narrative that involved a red parka vest and lots of stage fog. Not having read the program beforehand, I thought it was a gender-switched version of the Orpheus and Eurydice tale, where a woman brings back her lover from the land of the dead with tragic consequences. Choroeographer Roberts, however, writes what he was thinking: "An austere and malicious Queen uses her powers of persuasion, beauty, and magic in her quest to find a suitor to love and assist her in the rulership of her tribe." Dores André was wildly imperious as the Queen and Isaac Hernández as a zombie come to life was spectacular. 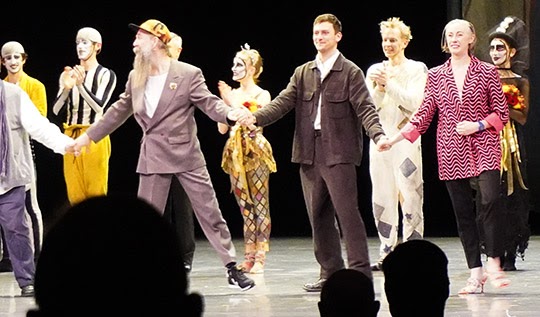 The final ballet of the evening was MADCAP from New Zealand choreographer Danielle Rowe (above right in the red jacket), and it was the audience hit of the evening. Set in a creepy circus, it was a riff on the old clown crying-on-the-inside while laughing-on-the-outside tale, danced by Tiit Helimets, a star who is retiring from the company this year. The ballet was set to songs by Pär Hagström (the bearded gent above), a Swedish pop music and theater composer, whose contribution sounded a bit like Nino Rota by way of Danny Elfman at a Cirque du Soleil show. The dancers were even called upon to sing, led by an amusing Jennifer Stahl as "The Oracle." 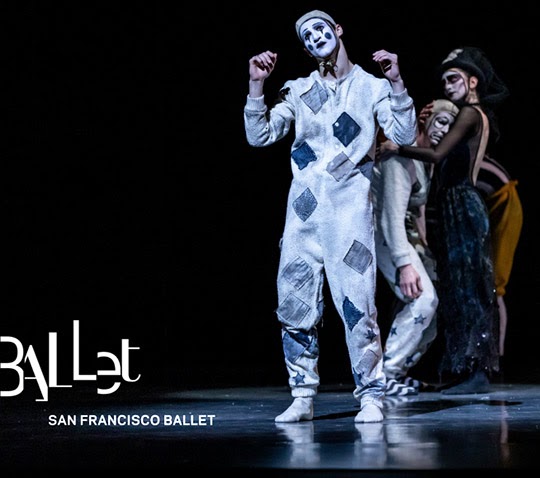 I thought the ballet a bit of an incoherent mess, but that's a minority opinion. My favorite moments were Parker Garrison (above) as a sweet, beautifully danced aspiring clown, along with the duo of Davide Occhipinti and Henry Sidford performing a sinuous duet with a red nose somehow suspended between their faces. 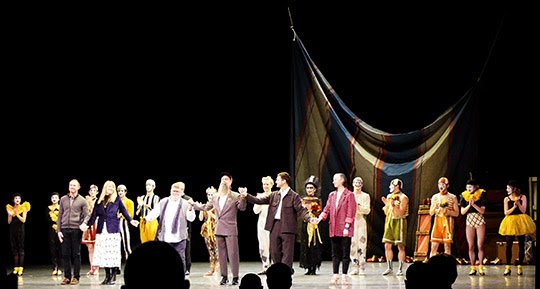 There are a half dozen more performances of this program at the SF Opera House over the next month in repertory with two other programs, and the whole festival looks fun and promising. (Click here for tickets.)
Posted by Civic Center at 8:45 AM