Orpheus and Eurydice at the SF Opera 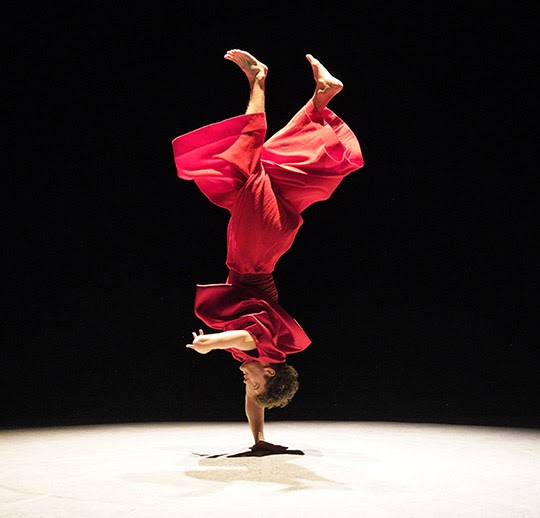 San Francisco Opera has wrapped up the fall portion of its centennial season with a creative, gorgeously musical production of a rarity, the 1762 Gluck opera, Orpheus and Eurydice. That is the work's name in English, but it was written in Italian for a royal premiere in Vienna, then rewritten 7 years later for a version produced in Italy, followed by a French version in 1774. The lead role of Orpheus has been sung by everything from an alto castrato (think mezzo soprano sound coming from a castrated male) in Vienna, a soprano castrato (think high soprano sound from a castrated male) in Parma, and a haut-contre (very high male tenor) in France. In this San Francisco production, the role is being sung by Jakub Józef Orliński, a Polish countertenor (think falsetto soprano coming from an uncastrated male) who has recently conquered the world online. (All production photos by Cory Weaver.) 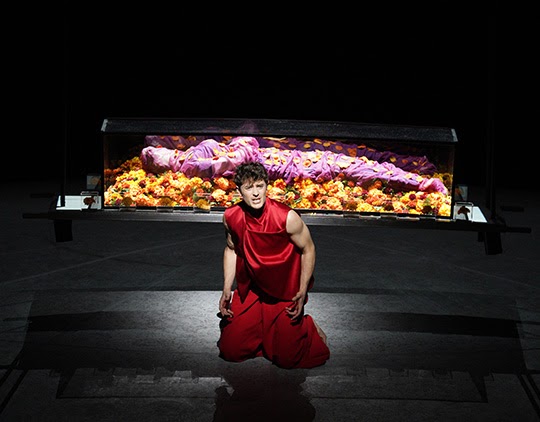 Most of the operas of Gluck's time featured elaborate plots involving many characters in love with the wrong persons, but Orpheus and Eurydice only has three characters: Orpheus, his recently deceased wife Eurydice, and the goddess Amor, along with a chorus and a corps of dancers. Orliński sings about two-thirds of the music in this original Vienna version and is onstage for the entire production. I had reservations about him initially because I didn't particularly care for the sound of Orliński's voice, but I have now seen the production twice and he's won me over completely with his overall musical sensitivity, the strength of his projection in the large opera house, the commitment he brings to the role, and his extreme physicality. 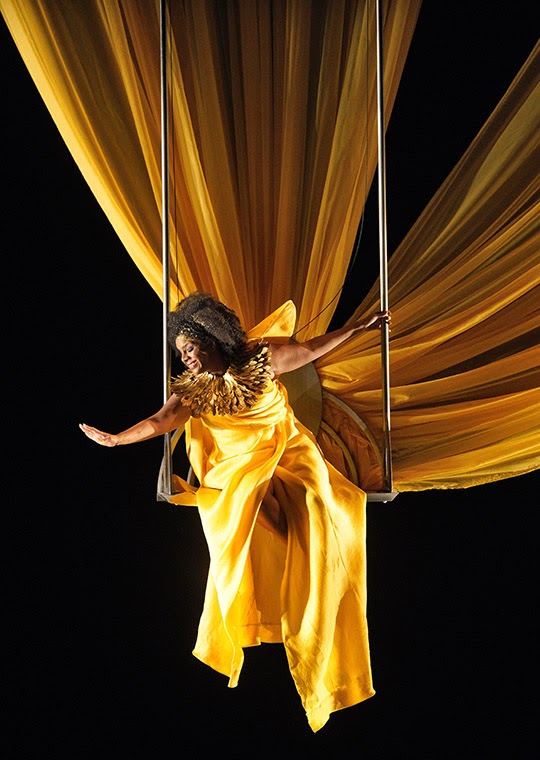 The goddess Amor was sung by soprano Nicole Heaton, who arranges for Orpheus to search for Eurydice in the Underworld. I loved her deus ex machina entrances and exits from above the stage, and she offered the only moments of levity in a tale that is essentially about grief.

The local production team was superb, working with not much more than a turntable on a bare stage. The staging by director Matthew Ozawa was simple, clean and occasionally mysterious. The set and production designer Alexander V. Nichols created a few visual miracles on that turntable while not overdoing it. Jessica Jahn's costumes were vivid and lighting designer Yuki Nakase Link did a particularly evocative job with a complex lighting scheme.

The reason I have seen the production twice is because the music is so seductive, even though it unfolds at almost virtually the same pace throughout. The chorus under new director John Keene sounded wonderful as villagers eulogizing, demons denying, and souls roaming the Elysian Fields. At first, I thought the orchestra under debuting Welsh conductor Peter Whelan was a bit too heavy for this 18th century music, but by the third performance on Sunday afternoon, they sounded perfect. 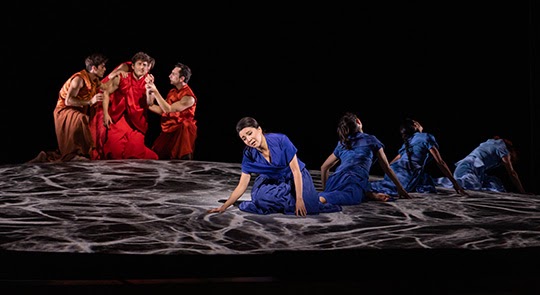 The characters of Orpheus and Eurydice are each shadowed by three dancers in various scenes, and for once the theatrical conceit worked gracefully and unintrusively. Choreographer Rena Butler deserves credit, and so do her dancers: Alysia Chang, Brett Conway, Marian Faustino, Livanna Maislen, Christopher Nachtrab, and Maxwell Simoes. A last-minute substitute for the role of Eurydice, soprano Meigui Zhang did a fine job singing but the character in this version is a terrible whiner so it was difficult to care whether she made it back to the living world or not. 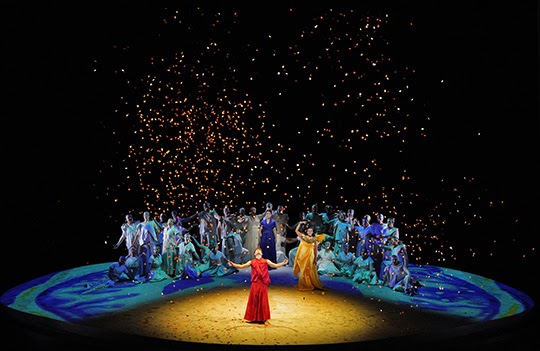 During the AIDS crisis of the 1980s and 1990s in San Francisco, I watched quite a few people journeying mentally to the land of the dead when their partners or best friends died. One of my personal duties was to extend a hand to them, insisting there was still much to live for, and advise them to pull their psyches away from the underworld. Some did and some did not. This operatic version of Orpheus and Eurydice has a happy ending, where Amor revives the twice-deceased Eurydice and everyone rejoices. In the original, there was a ballet at the end to celebrate, which must have been fun. You have two more chances to see the opera, this Saturday, November 26th and next Thursday, December 1st. And if you don't have any money, standing room in the balcony for $10 is a visual and aural feast.
Posted by Civic Center at 3:30 PM

I saw it on Saturday and thought it was delightful and very moving. Jakub Józef Orliński's physicality was amazing, starting with the opening scene where he was tumble-dried in the spin of grief. I thought it was a dancer and was thrilled when he also sang.