Korean Portraits at the Asian 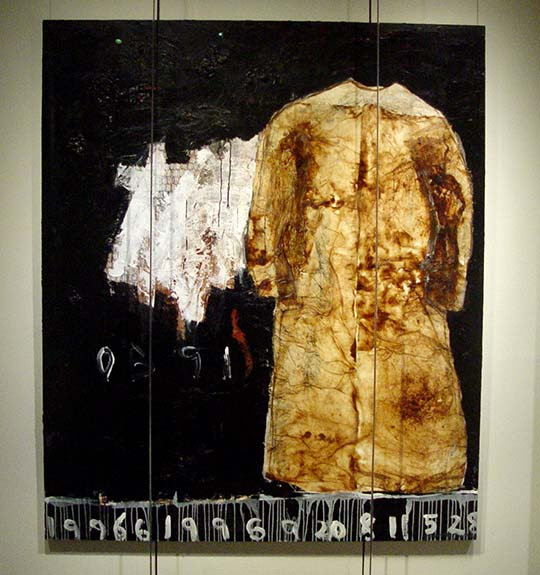 The Asian Art Museum is filled with more patrons than usual these days on account of the Japanese immersive multimedia installation, teamLab: Continuity. I visited for the fourth time recently and was once again totally discombobulated. For calmer viewing, I checked out the second floor of the museum and stumbled across some striking contemporary art in the Korean wing, including the 1997 Cycle of Time by Bay Area artist Young June Lew. 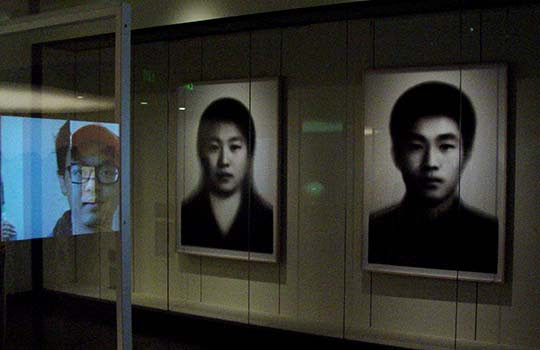 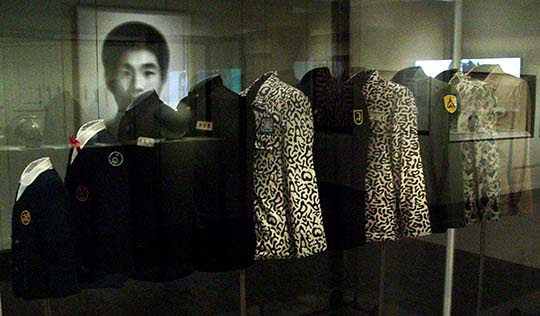 The same artist also created an installation of replicas of all the uniforms he had worn from childhood through his mandatory stint in the Korean military with Uniform/s: Self-Portrait/s: My 39 Years. 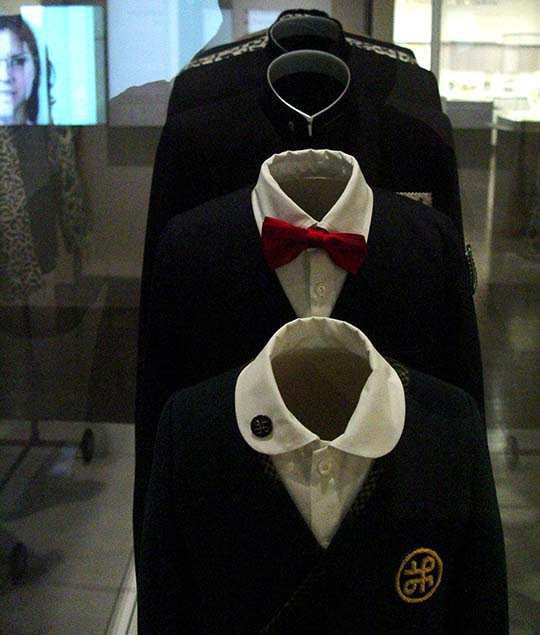 It's both funny and vaguely sinister. 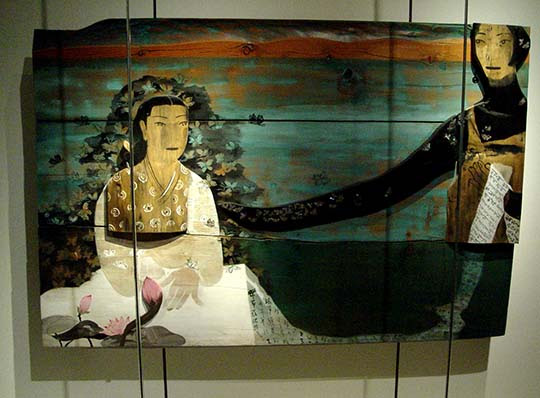 The premier Korean feminist artist, Yun Suknam, who was born in 1939, has devoted herself to painting the unrecorded portraits of women through history. The 2005 painted assemblage above depicts Heo Nanseolheon, a famous 16th century poet. 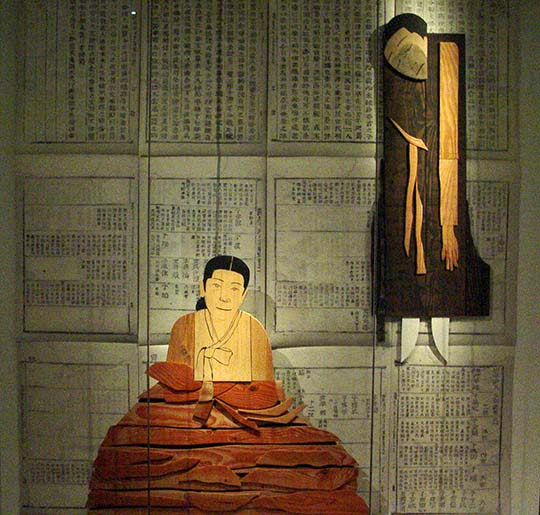 From 1992-2019, she also created Geneaology II, which shows a lucky woman and an unlucky woman in front of a blow-up of an official Korean geneaology record. 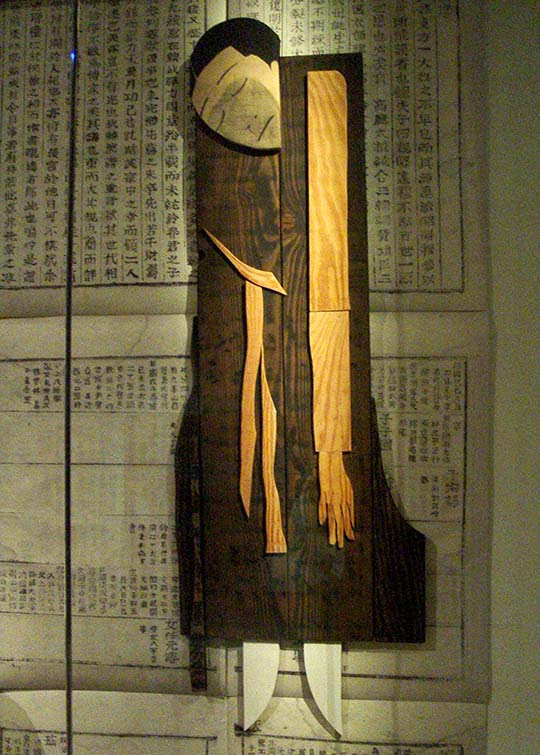 The lucky woman is lucky because she has given birth to a son, and the unlucky woman has hanged herself because she was not able to extend the patriarchal lineage. As the artist's statement explains, neither one of them are part of the official geneaology because women are not recorded. 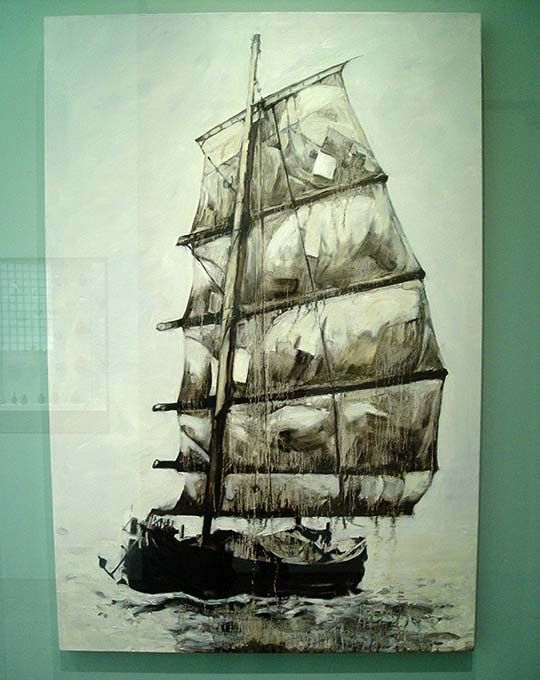 One of the great artists of our time, Hung Liu, died in Oakland last month at the age of 73, provoking widespread sorrow. It was great seeing a painting by her, The Long Wharf: Chinese Junks (The Three Graces), and a potent reminder of what has been lost over the centuries by the suppression of women artists.
Posted by Civic Center at 8:11 AM