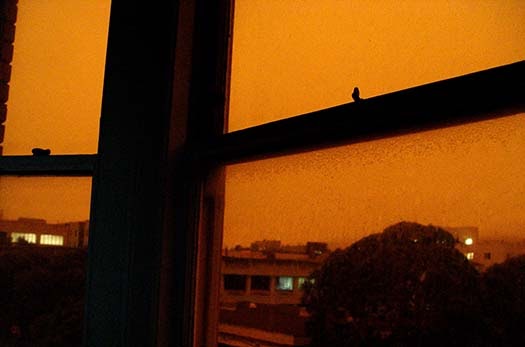 “When a day that you happen to know is Wednesday starts off by sounding like Sunday, there is something seriously wrong somewhere.” 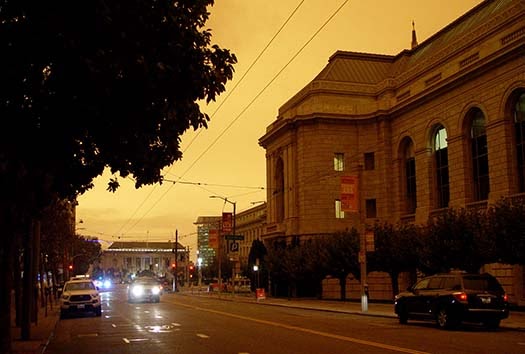 That is the opening sentence of The Day of the Triffids, a British 1951 sci-fi novel by John Wyndham detailing the end of London and by extension the world when 99% of the globe's humans go blind one night. 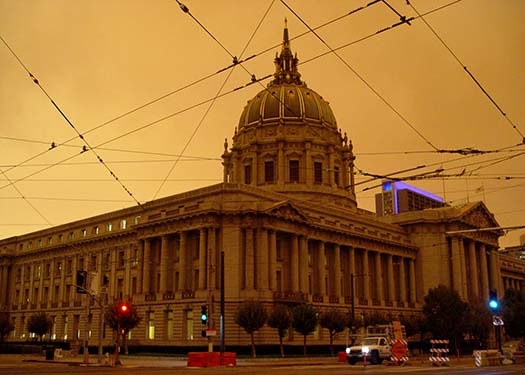 Another quote from the book's narrator: "It must be, I thought, one of the race's most persistent and comforting hallucinations to trust that "it can't happen here" — that one's own time and place is beyond cataclysm.” 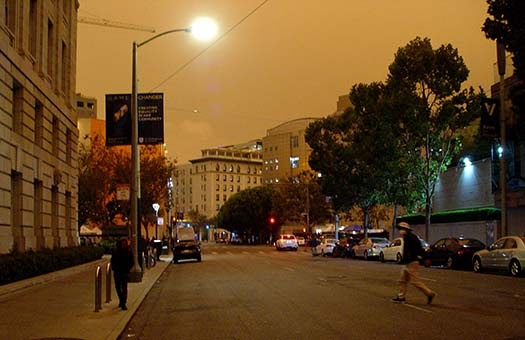 The San Francisco Bay Area awoke today with a collective, hallucinatory confusion. When you happen to know it is 9AM but it looks like 6AM, there is something seriously wrong somewhere. West Coast wildfire smoke had become another filter on top of a layer of fog and the effect was unsettling, unreal. 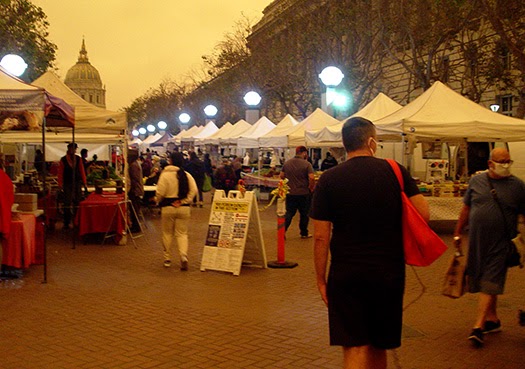 The first photo of this post with orange skies was taken at 9AM while the yellow skies were taken at noon on a trip to the Heart of the City Farmers Market. 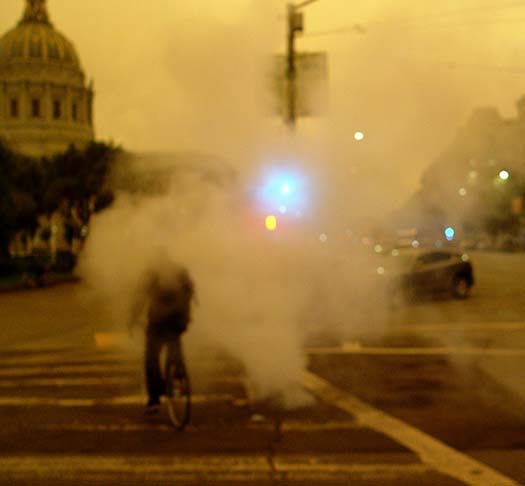 With the insane and drugged out that already congregate around McAllister Street, it felt very much like walking through an interactive zombie experience. 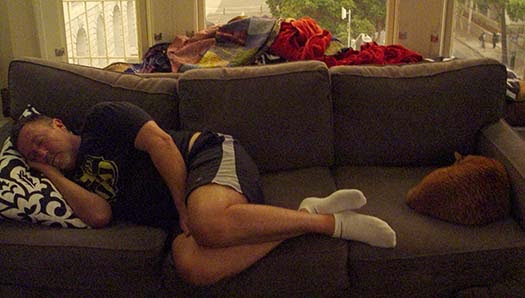 Having a loving cat and human to hide out with at home has rarely felt so comforting.
Posted by Civic Center at 5:04 PM