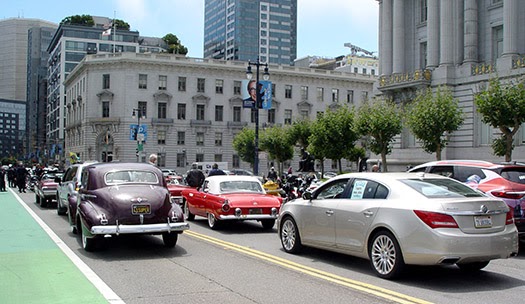 A lone SF Police Department car was blocking traffic on Polk Street in front of San Francisco City Hall yesterday afternoon, and we assumed it was for a demonstration. 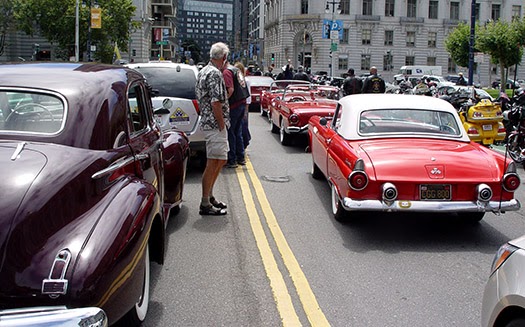 However, there was no protest signage to be seen. 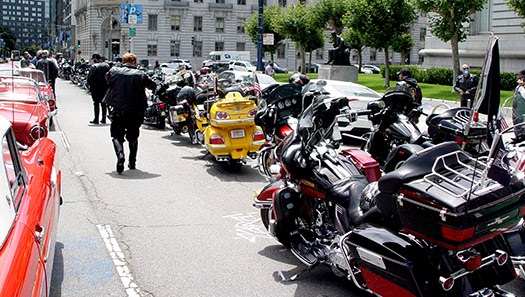 There were a lot of vintage cars and motorcycles though. 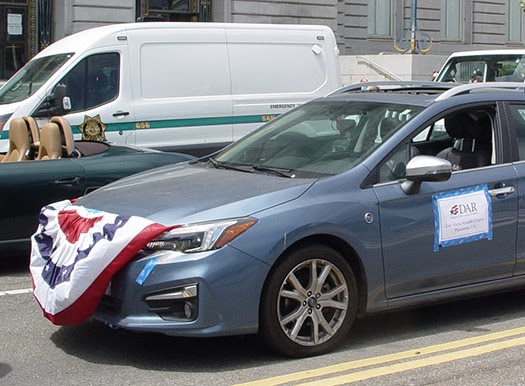 Many of the vehicles featured U.S. flag bunting, and homemade signage on the side of the cars announcing various chapters of the Daughters of the American Revolution. The vehicle above was reserved for the Jose Maria Amador chapter in Pleasanton. 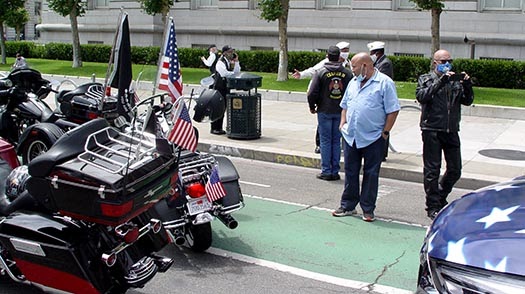 Also part of the contingent was a group of American Legion Riders... 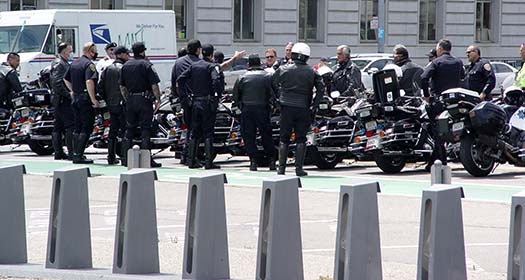 ...and an even larger collection of motorcycle cops. We guessed that it might be an official procession for a VIP's funeral, but the outfits were all wrong and there were no large black vehicles involved. 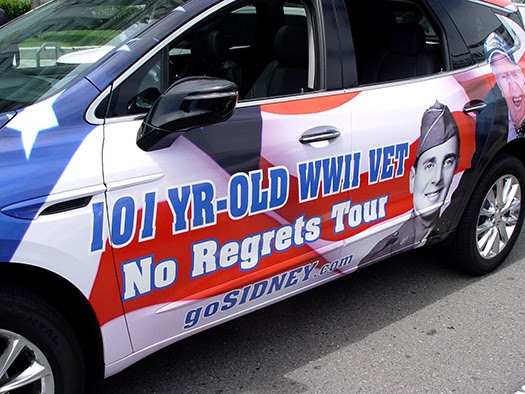 The mystery was finally solved just minutes ago when I checked out the goSidneygo.com website featured on this vehicle. This is a GoFundMe site for Paul Walton who is carting around his 101-year-old father, Sidney Walton, to all 50 states to meet every governor and dignitary they can. (Check out this video on Sidney's site where SF Sheriff Paul Miyamoto does the official hosting duties for San Francisco.) 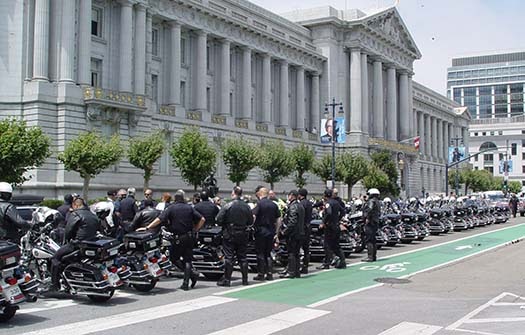 The whole affair seemed a bit excessive for what was essentially a jaunt for lunch in Sausalito, but as Zero Mostel once yelled out a window in Mel Brooks' The Producers, "That's it, baby, if you've got it, flaunt it."
Posted by Civic Center at 6:05 PM

That's is great information of in this blog.
Germany VPS Server Hosting