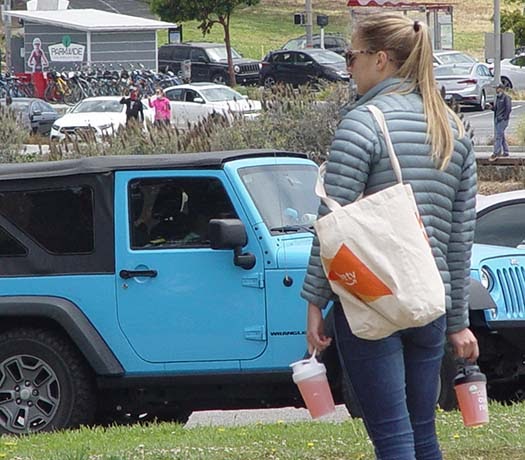 An old friend in the 1990s once pronounced, "I don't trust women with ponytails." 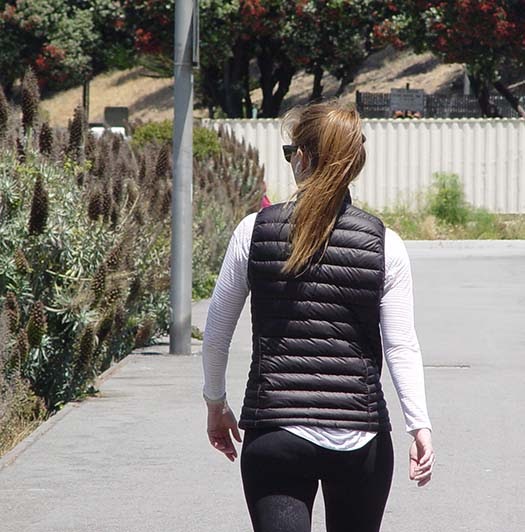 It is an absurd declaration but one that came to mind while walking through the Marina District last Saturday afternoon. 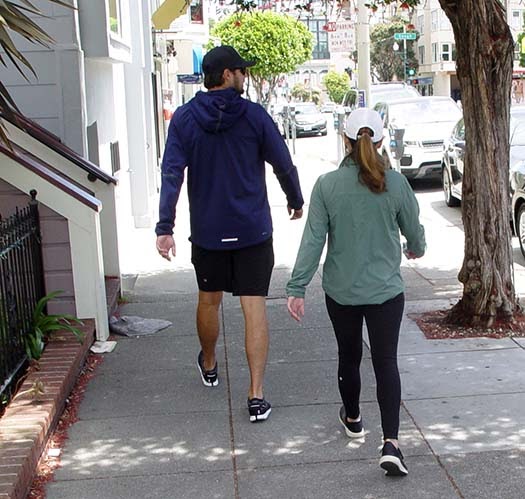 The majority of people ignoring public mask advisories in the Civic Center neighborhood tend to be male, but the Marina District offers a glimpse of scofflaws from both genders. 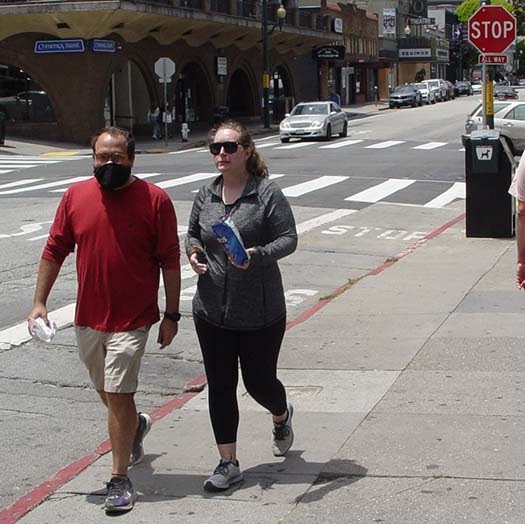 In the case of one anomalous couple, it was the guy wearing the mask while the woman was not. 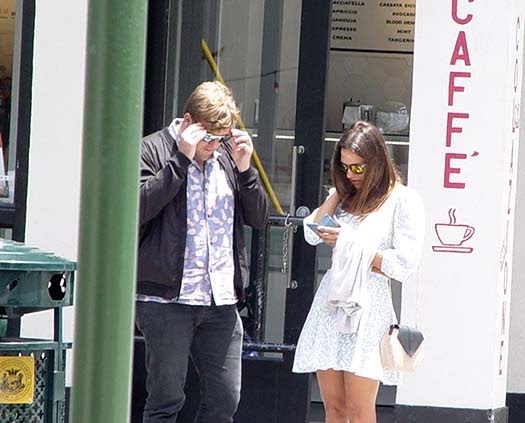 Most maskless couples, however, were engaging in the new ritual of ignoring their other half while looking at their mobile. 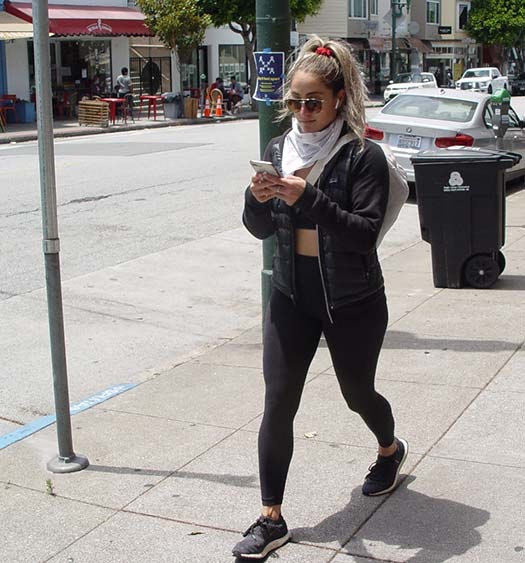 What was amusing was the outsized percentage of female scofflaws sporting ponytails while they checked their texts... 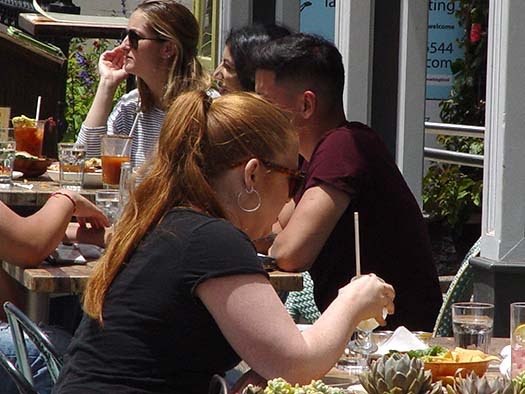 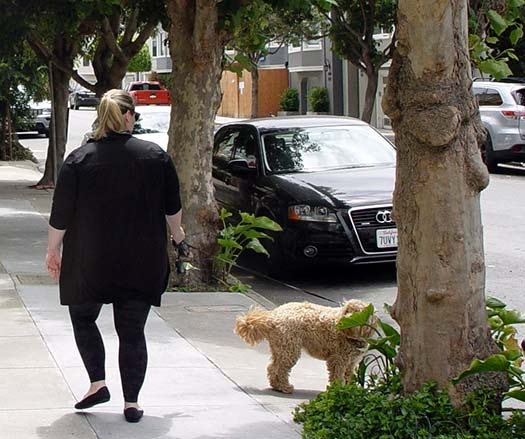 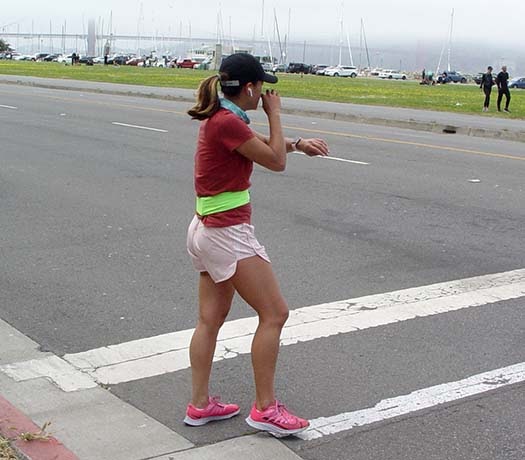 ...or jogged through crowds on the Marina Green. 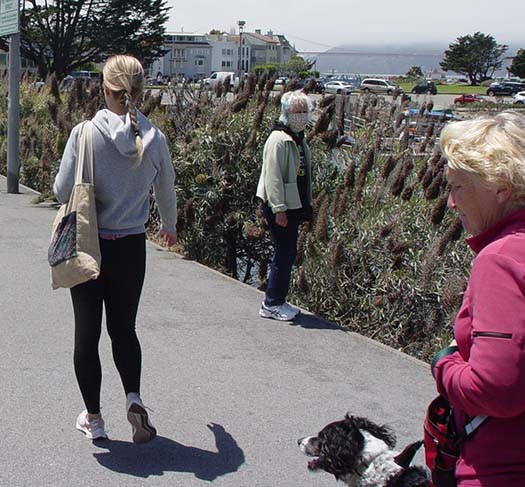 In a pandemic where the numbers are rising, this kind of behavior is not sustainable, and is possibly murderous when walking around older people like the masked woman above. 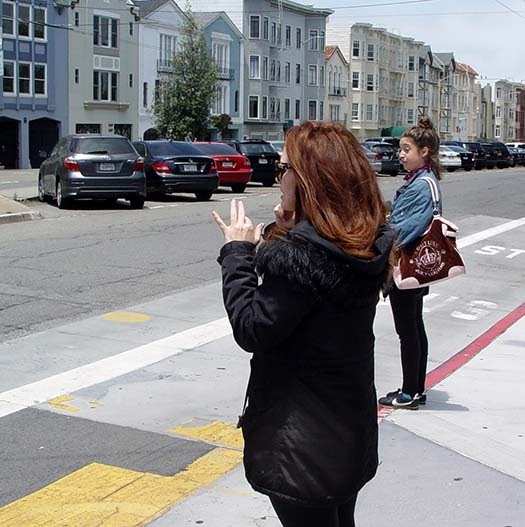 In San Francisco, at least, we may have to amplify the public shaming because there really is no good excuse not to slip a mask off and on when walking in public. 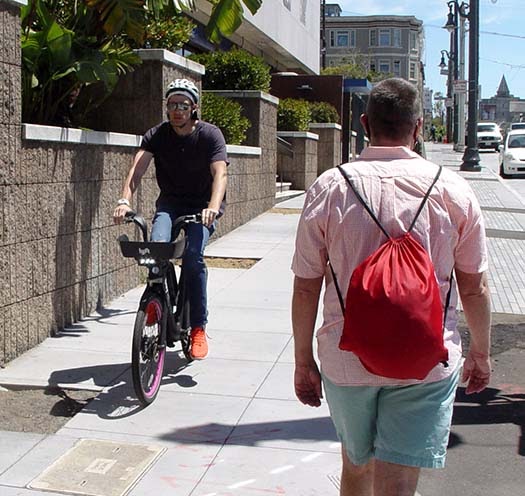 As for maskless men riding bicycles on public sidewalks, I have become that old man on the lawn, except what I shout is, "Get off the fucking sidewalk! And put on a mask!"
Posted by Civic Center at 3:53 PM

Funny. Good to see you (so to speak) out and about and photoreporting as always, but with all sorts of attitude. And rightfully so.

Dear Kit: Thanks. Blogging is a great anger management tool on occasion.

Yeah, you tell 'em, Michael!
I really wish there was a way to issue tickets/fines to these people. It isn't hard to wear a mask, and you can definitely talk/text/walk/bike while wearing them.