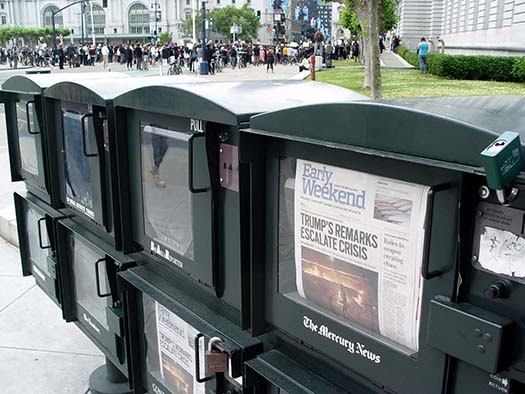 There was a small demonstration in front of San Francisco City Hall early Saturday afternoon protesting murderous police forces after the George Floyd killing in Minneapolis. 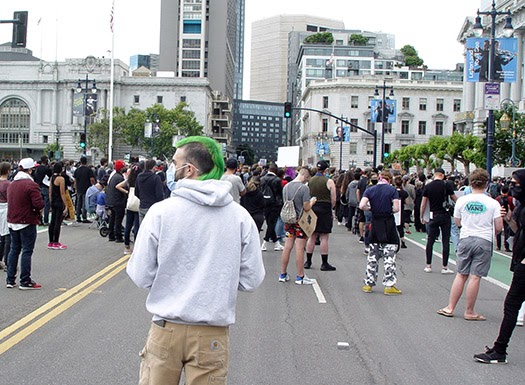 The racial mix of the demonstrators was heartening. 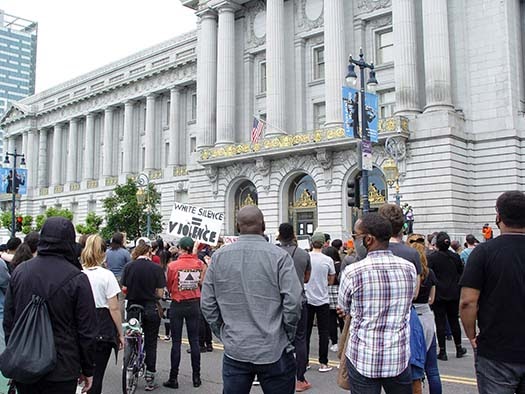 Besides black people, who receive the brunt of police brutality in this country... 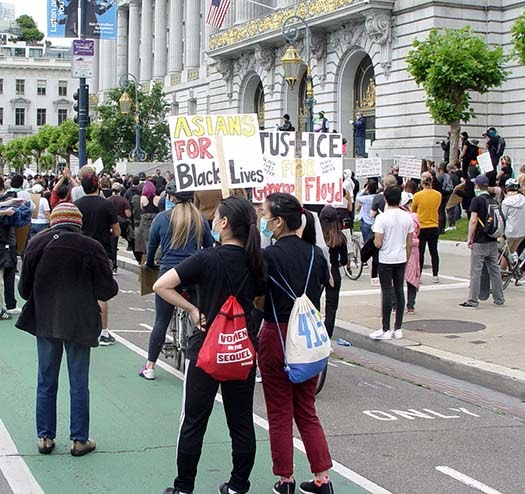 ...there were Asian supporters... 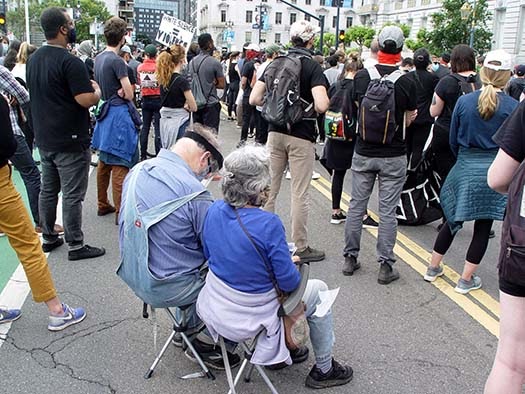 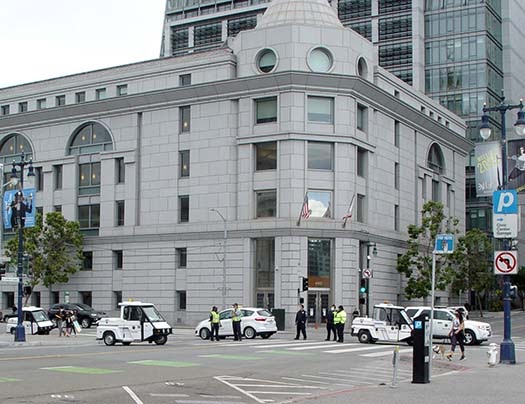 The closest law enforcement employees to the protest were parking and traffic officers blocking Polk Street to vehicle traffic... 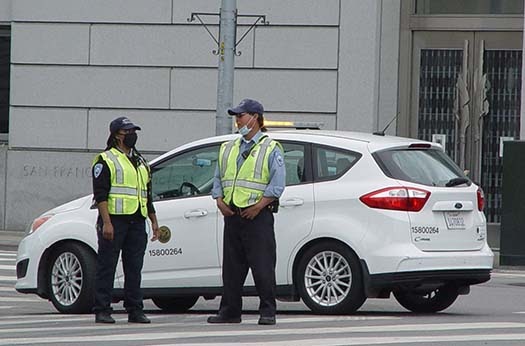 ...while shooting the breeze. 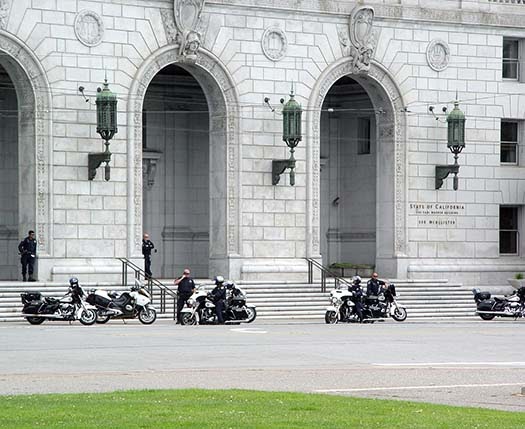 Further away, in front of the California Supreme Court building, were members of the San Francisco Police Department projecting their usual unfriendly, hostile, don't-talk-to-me manner. 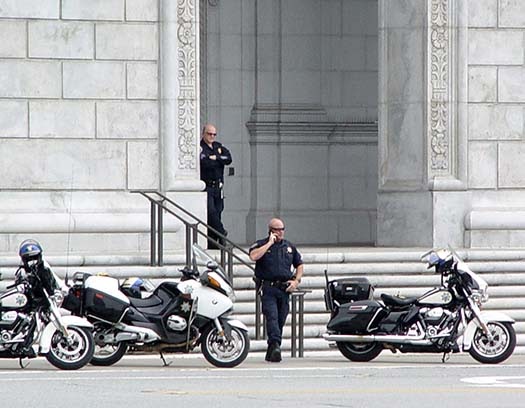 Every town in America has cases of non-white people being murdered by police and with the advent of mobile phone cameras, we are finally seeing the unvarnished truth for ourselves. The argument that there are just a few bad apples is nonsensical. There are decent people who are law enforcement officers but police culture itself is rotten to the core: racist, corrosive and uncaring towards the general populations they are supposedly being paid to protect. 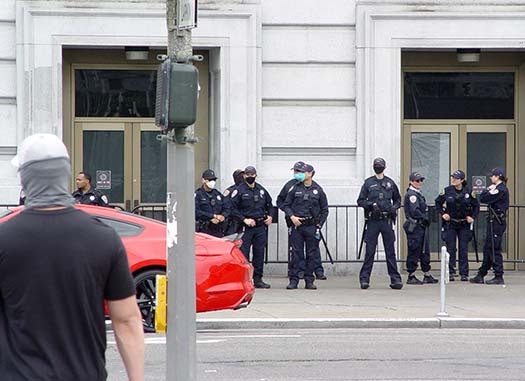 In front of Bill Graham auditorium, there was another police contingent looking more like a street gang ready to rumble than "peacekeeping" officers. 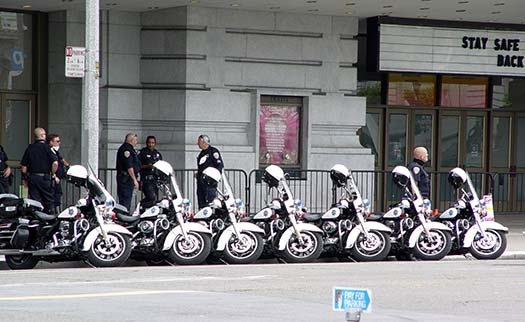 To add insult to injury, we are paying for the generous salaries and pensions of the brutalizers through local taxes. It's no wonder people are rioting.
Posted by Civic Center at 2:23 PM

Thank you for the coverage!