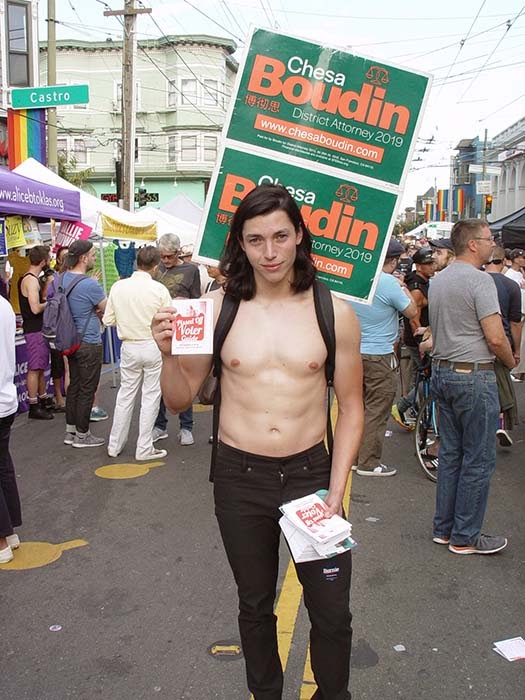 An ardent young political volunteer was canvassing the lightly attended Castro Street Fair last Sunday advocating Chessa Boudin for San Francisco District Attorney in next month's election. George Gascon, the widely disrespected current DA, announced last year that he would not run for re-election, and for the first time in a century there was a district attorney election in San Francisco without an elected or appointed incumbent in the race. That was true until last weekend.

Gascon made an announcement last month that he was retiring from his job three months early, which allowed for Mayor London Breed to appoint candidate Suzy Loftus to the position. This kind of maneuver has been standard operating procedure in the corruptly provincial world of San Francisco politics for decades, but this was a particularly blatant, egregious example of gaming the electoral system, and it may possibly backfire. For more details and commentary on the situation, click here for the SF Examiner's Joe Fitzgerald Rodriguez and David Talbot in the SF Chronicle. Remember, there are three other candidates running other than Loftus, and we have ranked choice voting in San Francisco, so vote for whoever you want in whatever order, but be sure that Loftus is neither Choice #1, #2 or #3.
Posted by Civic Center at 3:22 PM