The Magnificent "Breaking The Waves" at West Edge Opera 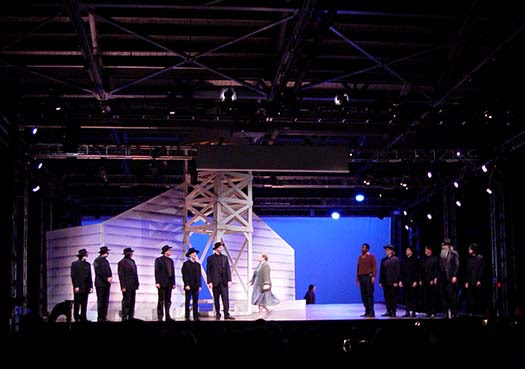 Let me join the chorus of praise for the 2016 opera Breaking the Waves in a magnificent production by West Edge Opera, which is closing with a sold-out performance this afternoon. The musical score by Missy Mazzoli is a huge leap for the young composer, the libretto by Royce Vavrek is both colloquial and poetic while being eminently singable, the production under West Edge General Director Mark Streshinsky is restrained and brilliant, and Sara LeMesh in the central role of Bess gives a staggeringly great performance that is destined to become legendary. 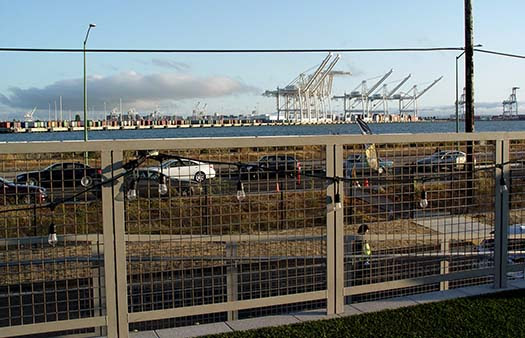 Though the 2016 world premiere production in Philadelphia with director James Darrah was highly praised, I arrived at the Oakland Bridge Yard with low expectations. The source material is a 1996 film by Danish director Lars von Trier, which is one of his Female Degradation Parables like Dancer in the Dark or Nymphomaniac (Volumes 1 & 2), a genre I find mostly repellent. He's a real artist, though, and his 1990s Danish TV series The Kingdom is fabulous as is the 2011 Melancholia starring Kirsten Dunst, which is a strange mashup of a Robert Altman wedding, an Ingmar Bergman summer comedy, and an apocalyptic sci-fi flick. 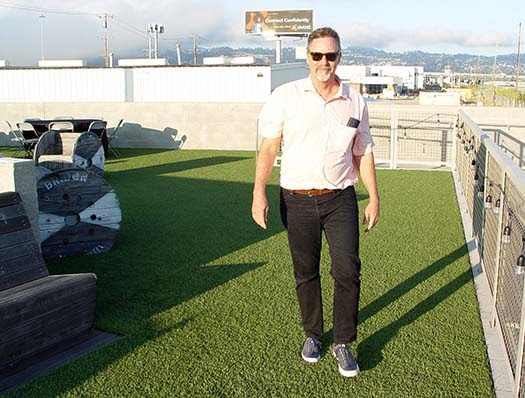 My boyfriend Austin saw the movie Breaking The Waves, and thought the opera worked better, a sentiment I heard from others. This is partly because the libretto by Royce Vavrek is such a skillful distillation of the movie's plot and themes, seamlessly mixing the colloquial and the poetic. He also wrote the libretto for Mazzoli's first opera, the 2012 Song from the Uproar: The Lives and Deaths of Isabelle Eberhardt. In 2014, I attended a cabaret style concert at New York City's Le Poisson Rouge presented by Missy Mazzoli of some of her favorite opera arias sung by friends, and the evening was decidedly amateurish. The only highlights were a couple of excerpts from her own Song of the Uproar which sounded a bit like a marriage between Meredith Monk and early John Adams. 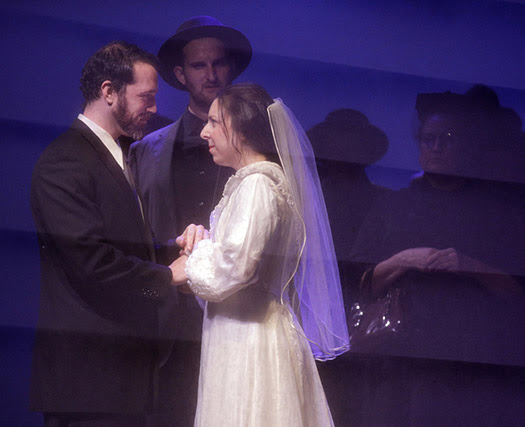 In other words, I was not even remotely expecting the rich musical score Mazzoli wrote for Breaking The Waves. In a mostly tonal language, with detours into dissonance when theatrically appropriate, the orchestra under Music Director Jonathan Khuner was variously simple and rich, constantly colorful, and providing both accompaniment to the vocal lines while also veering off into its own musical commentary on the characters. There was even an electric guitar played by John Imholz in the otherwise traditional orchestra, and for possibly the first time in my experience that instrument was used sparingly and with theatrical brilliance. (All production photos are by Cory Weaver.) 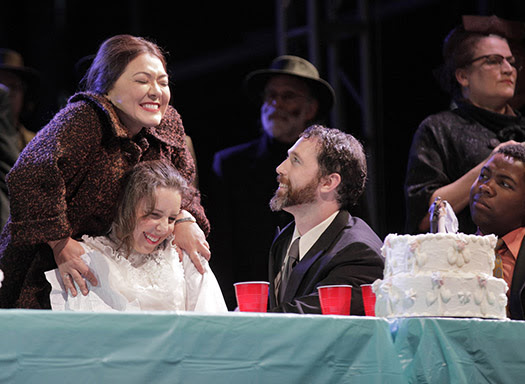 Mazzoli's ability to write so gracefully for the voice is a rare gift, and each of the principal characters and the ten-man chorus all had distinct vocal lines. 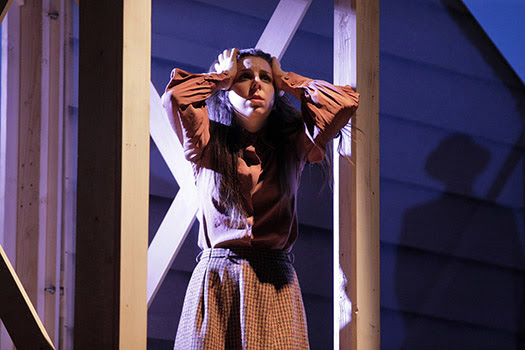 Bess, the main character, even had distinct vocal worlds depending on her emotional state. She not only sang rapturous pleas to God, but she also sang God's replies in a voice that had hints of Mercedes McCambridge in The Exorcist. The local soprano Sara LeMesh handled that duality with ease, along with every other type of musical mood that Mazzoli composed. As a friend put it, LeMesh is a singing machine, and she offered one of the most impressive, virtuosic operatic performances I have ever seen, vocally and histrionically. 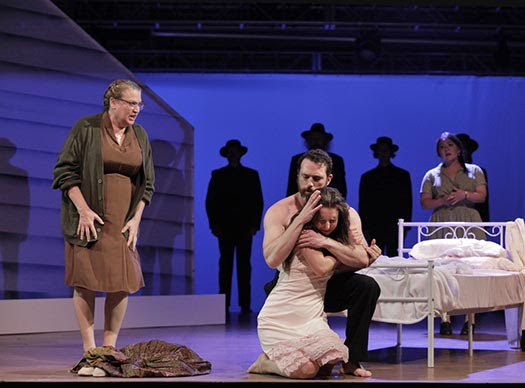 In a small miracle, the entire cast was up to LeMesh's quality, including baritone Robert Wesley Mason as her Norwegian oil rigger new husband, who made you believe Bess would see their balls-to-the-wall marital sex as a direct pipeline to the sacred. Mason sounded great and was sympathetic in a tricky role where he's paralyzed for most of the second half. Kristen Clayton as her mother was splendid and believable, and Kindra Scharich stood out as her sister-in-law who is the only person in the Scottish Calvinist community offering Bess kindness. Alex Boyer as Dr. Richardson also did a wonderful job watching the physical and emotional trainwreck up close, as did Brandon Bell as the husband's oil rig friend and Best Man. 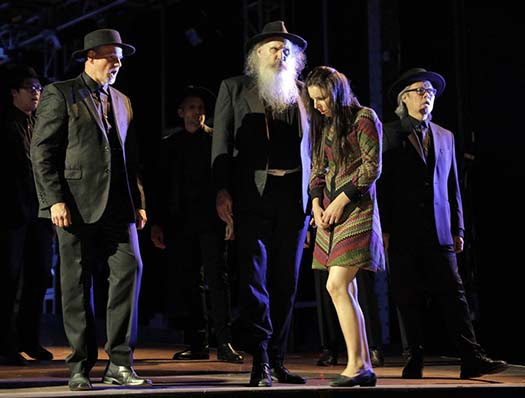 I have liked most of the individual productions that General Director Mark Streshinsky has directed for West Edge over the years, but this felt like a giant step up for him. Along with his son Evan Streshinsky, he designed the clean, remarkably effective set with a white scrim house that doubled as church and home with a front structure that hinted at both church steeple and oil derrick. His decision to have the 10-man chorus onstage for the entire three hour length of the opera worked brilliantly as an overwhelming physical manifestation of an oppressive, patriarchal, religious small town. The chorus, who also played a number of small roles were great and deserve mention: William Bassett, Kevin Baum, Jeff Bennett, PJ Dennis, Paul Flynn, Andrew Green, Douglas Mandell, Richard Mix, Nate Pergamit, and Chung-Wai Soong who was genuinely sinister as Sadistic Sailor, another fine piece of staging by Streshinsky. 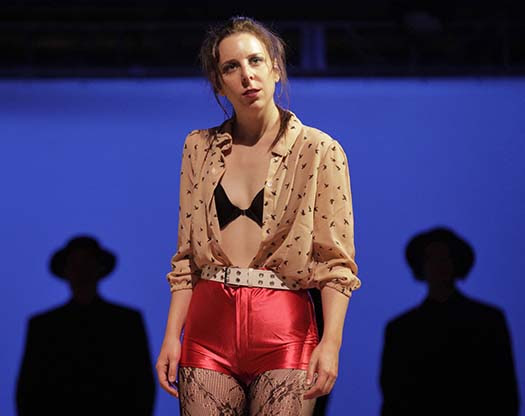 The Bridge Yard space has been a bit too large for West Edge's other two operas this summer, but it fit this piece perfectly. Every opera house in the world should seriously consider producing it because the opera already feels like a modern classic, and they should try to secure Sara LeMesh for the title role because she is a marvel and her performance felt definitive.
Posted by Civic Center at 11:56 AM